Languages: The Nahuatl Word of the Day on Twitter 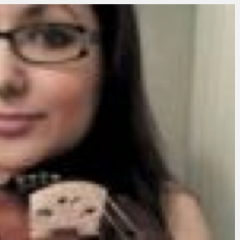 Nahuatl, known as “Mexicano” by many of its speakers, is the most widely spoken indigenous language in Mexico. It was the lingua franca of the Aztec empire and is currently one of Mexico’s official languages. It belongs to the Uto-Aztecan language family, which spread from the United States Southwest to Central America. In fact, it is theorized that Nicaragua’s etymology comes from the Nahuatl words “Nican ca Anahuac,” which roughly translates to “here is Anahauc” denoting the geographical limits of the Aztec empire. There are currently several regional varieties of Nahuatl, including one still spoken in El Salvador. All in all, today the language boasts over 1.5 million native speakers.

Nahuatl is an agglutinative language and is rich in morphology. Its classical form was highly metaphorical and poetic in style. Some of the literary treasures studied in depth by scholars are the poems of Nezahualcoyotl (“coyote in fast”) and the Huehuetlahtolli (literally “the ancient word”), which is an ancient collection of sayings, exhortations, and the traditional wisdom of the culture which helped preserve and pass down family values and ideals to generations—until the Spanish invasion.

The good news is that despite the imposition of Spanish and trends showing a slight decline in the number of Nahuatl monolinguals, there has recently been a growing interest in Nahuatl. Aided by a movement of cultural revival, specifically in many areas of the United States, Nahuatl’s resilience is in part due to the cultural consciousness and commitment of the new generation of Mexicans.

Sergio Avila (@NAHUALYOLOTL) is part of that generation who are working to keep the language alive. Using social media he strives to preserve the language and teach the rich history and culture of his ancestors. He has primarily been using his Twitter account, which has more than 1,000 followers to post a Nahuatl “Word of the Day” as a way to teach and to interact with other up and coming learners of this indigenous language. He also is an administrator of the Nahuatl Facebook Page. Here is a short interview with Sergio conducted in the Nahuatl language:

Rising Voices: Tell us about yourself.

My name is Sergio and I live in Mexico City. I am 26 years old. I am a graphic designer and I teach the Nahuatl word of the day on Twitter and Facebook. RV: How long have you been studying Nahuatl? How did you become interested in the language and how did you learn it?

I started studying Nahuatl 2 years ago when I asked myself, why do Mexicans speak Spanish if we are not from Spain? [I learned it in] Tepeticpac Tlahtolcalli, a school.

RV: How do you use social media for language preservation? What kind of response are you seeing from your followers on Twitter and Facebook?

I use Twitter and Facebook to post a “Nahuatl word of the day.” The response from my followers is great. They really enjoy the work I do. They often congratulate me and thank me for my work. RV: Give us an example or two of a “Nahuatl Word of the Day” (#palabranahuatl)

1. Nahualyolotl: The heart of the Nahual (Nahual is a being who dwells underneath the skin of another being; it is like our spirit outside of our body, an animal who represents us)
2. Chicahualiztli: Strength (physical)

RV: In your opinion, what is the future of the Nahuatl language?

I believe that once people begin to truly learn Nahuatl (which is my job), they will begin to understand its beauty and through that appreciation it will live forever.
Thumbnail photo from Wikimedia Commons