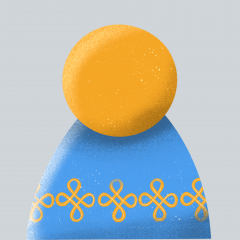 Rising Voices note: This is a part of a series of posts highlighting projects of the participants from the “Conectándonos” (Connecting Us) gatherings organized by RV in Bolivia, Peru, and Ecuador in 2011-2013. The aims of these workshops were to help develop new leaders within underrepresented communities online, and to strengthen networks and exchanges among young people that use digital media for social change.

All links lead to Spanish language pages, unless otherwise noted.

A group of students from Guayaquil Catholic University in Ecuador decided to christen their digital literary magazine with the name Matavilela, a term appearing in the novel “El Rincón de los Justos” by the Ecuadorian writer Jorge Velasco Mackenzie meaning “to kill life.” Even though it would sound risky to a marketing expert, the creators of the digital magazine justify the name, explaining that the intension is to offer alternatives to readers for “killing empty life” [or time]; that is to say, to get rid of harmless free time and dead hours – and the students propose to do this through reading critically.

The digital magazine specializes in essays, but it also has an “interviews” section with a special format called #MataPreguntas (#KillerQuestions), a questionnaire which local and international writers have contributed to, including Rosa Montero, José Ovejero, Diego Fonseca and Andrés Neuman. Matavilela started without any  audience, but has created one, hoping to make the magazine into a cultural and literary model across Latin America.

Among the activities developed so far at Matavilela was a the call for writers entitled “Guayaquil Guacharnaco,” to talk about the building of the city of Guayaquil, and how it has been treated in literature. According to Daniel Lucas, the Matavilela webmaster, the call was successful, with participants giving their opinions about the city.

Lucas, age 29, recognizes that an independent cultural undertaking like Matavilela isn't easy, “even more so in a country where people read so little, like Ecuador, and where high rates of poverty exist.” Even though they don't have support right now, Lucas says that the volunteers get involved for love for the art, or as one participant says, “out of love for the t-shirt.”

“We came from the academy and online, from Ecuadorian literature to world wide literature,” states the Matavilela webpage.

In addition to working as the Matavilela webmaster, Lucas writes articles and interviews; he studies communication with an emphasis on literature, and is pleased that his professors have just approved his thesis topic on the writing of Huilo Ruales, a Quito author. Lucas was also a participant in Conectándonos Ecuador, an event organized by Rising Voices and developed in Loja [en], southern Ecuador, at the Loja Particular Technical University.

For Lucas, the greatest learning he received from his participation in Conectándonos was a workshop on the administration of institutional accounts on Twitter, and how to make the Internet work for you with the digital tool IFTTT [en] (if this then that). Participating in Conectándonos made it possible for Daniel Lucas to improve his work as webmaster at Matavilela and to form a network of cyberactivists. Photograph published with permission from Flickr: calu777 (CC BY 2.0)

“The most important thing in the administration of an institutional account on Twitter is to be able to manage profiles so that others know there are real people behind those profiles; that is to say, that the tweets should not sound like machines but rather like people,” he said. Furthermore, “a trick to get more followers is to cite other users, he said. For example, ‘according to @talcual, there is a fire on so-and-so street'”.

Lucas regretted having learned little about digital tools at college, and showed us content he had learned how to create from Conectándonos, as his participation led him to improve skills in web page administration and social networks. Lucas is now applying what he learned in his role as webmaster of the Matavilela site.

The other tool that Lucas learned to use at Conectándonos is IFTTT [en]. Lucas says he uses this tool at Matavilela to post events automatically on Facebook. IFTTT also lets him administer several accounts, such as HootSuite, but better, as he can manage up to forty accounts through the platform.

Lucas also explained that he put his knowledge into practice on Twitter to make surveys, consulting his more than 500 followers about their favorite authors and inviting them to write quotes.

During his participation, Lucas didn't only learn about digital tools, but also managed to form a network of activists with whom he exchanged experiences and ideas. They now hope to work together to bring social activism on environmental, social, and political topics to the Internet.

The Conectándonos events seek to encourage integration and participation of underrepresented groups in the digital Ecuadorian space. Events in this series also took place in Bolivia and Peru with the goal of reducing the digital gap. In Loja, the headquarters for the Ecuador meetings, thirty activists were trained from various civil and cultural organizations across diverse areas of the country in cyberactivism, campaigns for social change on Facebook, and tools from social websites including Twitter, wikis, and blogs.