The Welsh Twitterati: Bringing Everyone Together – Ffrwti is a new Welsh-language site, aggregating tweets and posting articles on tech, culture and language from the 15,000 Welsh-language twitter users.

Indigenous Tweets #IMLD14 Roundup – Last Friday was International Mother Language Day, a celebration of linguistic and diversity. This year Rising Voices and Indigenous Tweets encouraged people to tweet in their native language using the hashtag #imld14. Here is a sampling of contributions.

A roundup from #IMLD14

WoeLab in Togo: “Democracy of Technology” – Rising Voices talked to Amadou Ndong about some projects developed in the University of Lomé, the OpenStreetMap and a 3D printer made out of e-waste.

I Type, Therefore I Am: Texting in Local Languages – Vehicular languages are more widely spoken than the official national languages in most countries. And despite the fact that they are also used for texting, they receive less support on mobile platforms than the official languages. Are we faced with a global systemic error? Los Inestables: Looking Back, Looking Forward to 2014 – Our grantee project Radio Los Inestables recently held a year-end celebration in the city of Córdoba, Argentina where some of the participants recorded an audio podcast sharing some of the skills that they learned over the past year and some of their hopes for the coming year.

Centre for Internet & Society is hiring staff to work on Internet Governance in New Delhi http://bit.ly/1fnydB0

OPEC Foundation for International Development has launched scholarships for graduate students from developing countries to study in 2014/15. The main purpose of the scholarship program is to sponsor the outstanding young students to complete Master’s degree. More information HERE

Interested in media, technology and political change? Pre/post-doctoral appointments from the Center for Media and Communication Studies in the School of Public Policy at Central European University for the spring or summer 2014 http://buff.ly/L9D5yv W. Afate, creator of the 3D printer made from e-waste at Woelab.

Avaaz is hiring for positions as part of their global team of changemakers  http://lnkd.in/dgFb2p5

Office of the High Commissioner for Human Rights (OHCHR) has announced The Indigenous Fellowship Programme which focuses to give indigenous peoples the opportunity to gain knowledge on the UN system and mechanisms dealing with human rights in general and indigenous issues in particular so they can assist their organizations and communities in protecting and promoting the rights of their people. http://ow.ly/2E9zYj

Scripps Howard reporting internship in Washington – Undergraduate journalism or communications students worldwide who are fluent in English can apply for an internship program designed to give students abroad an opportunity to cover events in the U.S. capital. Airfare, housing, a daily meal/living/transportation allowance and health insurance provided. Deadline March 15. More information HERE

Summer School: Coding for Language Communities: Their aim is to give people the ability to use their mother tongue in everyday electronic communication, no matter where they are or what language they speak. Two weeks focusing on the development of new software and tools for under-resourced languages. Scholarships are available http://www.cidles.eu/summer-school-coding-for-language-communities-2014/ …

Call for Applications: 2014 Internet Freedom Training Seminars in Abidjan (12 and 16 May) and Paris (2 and 6 June) for West African journalists, bloggers and human rights activists http://bit.ly/1ejmEfd

Google is running a MOOC on Making Sense of Data starting March 18 http://bit.ly/1kcJe9N

Alterasia has created a new app to stay up to date on news from SE Asia free for Android phones http://bit.ly/1cUDf4l

Handbook on Community Radio in Bangladesh: Voices for the Voiceless of Rural People http://bit.ly/1k2GRWW

The Women's Rights Campaigning: Info-Activism Toolkit is a new guide for women's rights activists, advocates, NGOs and community based organisations who want to use technology tools and practices in their campaigning  http://j.mp/1jseamw

Radio on the Reservation: a look at the importance of radio for Native Americans and how it helps to preserve language

My First Language: Lost in Translation

Aboriginal languages and stories to be preserved in recordings

Una Hakika is a projet with Mobile Phones, and Preventing Atrocities in the Tana Delta 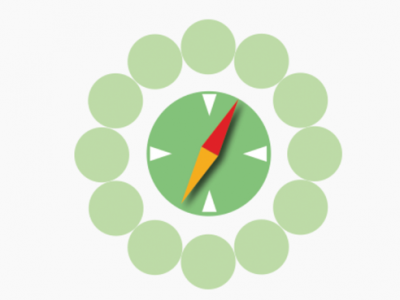 RV Newsletter: Monitoring rights-related data by and for indigenous communities