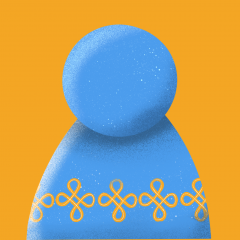 Amidst the raging rain, a group of young students filled with enthusiasm gathered together in our workshop at Estancia, Iloilo, Philippines. They were prepared to listen and take new ideas to light their spirits high surging forward for citizen’s journalism advocacy.

Getting to know each other and expectations were gathered at the start of the workshop. The trainees’ captivating enthusiasm to learn and enhance their knowledge in journalism was overflowing for the whole duration of the workshop. As I listened to their voices, I felt the energy coming from them rushing through my nerves.

“They are truly gems of the community for empowerment in rising up from the catastrophe of Typhoon Yolanda and of poverty,” I said silently with so much admiration for them.

In our discussion, we presented the overview of the program and how did the program developed as an advocacy. A very lively discussion on how important the program is on their own situation as victims to being survivors leading to activism was energizing. We discussed the difference between a victim, a survivor and an activist.

We did come up with a unified understanding that persons who have victim mentality have passive approach to survival; they just watch what’s going on around them; they’re helpless allowing oneself to be at the mercy of others. A survivor is someone who struggles to survive and live within his/her means; it’s self-preservation amidst the continuing social conflict. While activism is more than surviving, it is charting one’s destiny collectively transforming basic unjust social structures for the interest of majority of the people.

Providing the trainees of this basic framework on how we should approach the problem of the affected communities and our attitudes as survivors of Typhoon Yolanda was enlightening for them.

The input on the level of people’s responses and gains in rising up from the devastation of Typhoon Yolanda and oil spill further provided them the context and understanding of the emerging social movement in Estancia, Iloilo. It was highlighted and emphasized that the strong level of resiliency and empowerment of the communities gave them the hope to survive and recover in every way they can as individual and as community.

The filing of class suit for damages and compensation against the owner of the power barge that spilled almost a million liters of bunker fuel in the coastal communities of Barangays Botongon, Tanza, Jolog, Daan Banwa and other neighboring communities was a reflection of transforming communities from victims to activism.

However, the challenge of giving voice to the empowered communities is an urgent need. They are struggling to be heard and be recognized. Their demands are not yet being addressed.

“Government support to the victims of oil spill in Estancia is not only inadequate. It is hardly felt by the people,” declared Iloilo Provincial Governor Arthur Defensor during his opening remarks at the Congressional Public Hearing on Oil Spill last October 7 at the Iloilo Provincial Capitol.

“At the end of the day, it is still the government that is answerable to the woes of the people. We can’t finger point each other as government agencies,” pronounced Congressman Rey Umali, Head of the Congressional Committee on Energy during October 7 public hearing.

“I always wanted to join journalism even during my elementary grades but I got no opportunity. When I heard about the training, I immediately registered to join. I’m sure I will learn and enjoy so much from this program. This is a dream come true!”

“It’s amazing! Until now, the people in the communities have still hope despite the obscure promises of rehabilitation and calamity fund from the government. Maybe I can help by listening to them, amplify their voices and never allow them to lose hope no matter how dismal the reality is. I will write their stories,”

These are some of the reflections of the trainees during their interactions. Accepting the challenge filled with inspiration, they committed themselves in making their face book account, post articles and photos. Organizing their assignment in fulfilling the necessary tasks was spontaneous. A plan of launching their works on November 8, the first year anniversary of Typhoon Yolanda is something to look forward to by the communities.

The lights are glaring and the sounds resonate for each citizen’s journalist trainees in facing the overwhelming challenge of their times; in overcoming the darkness and uncertainties of disaster -stricken communities. United they stood holding hands together they shouted; “We are Voice of Hope for the People!” 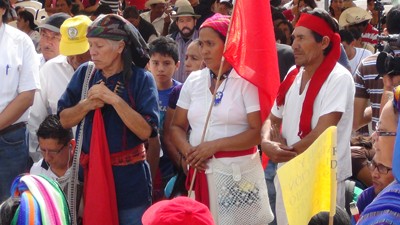 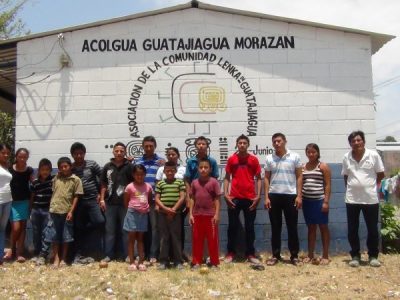 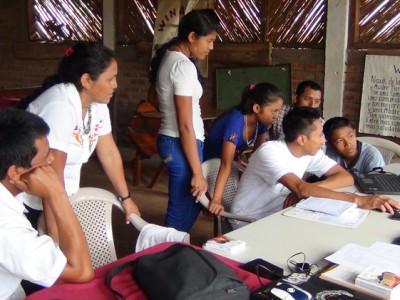