Raising the Issue of Gender-Based Violence and Inequality in Kyrgyzstan 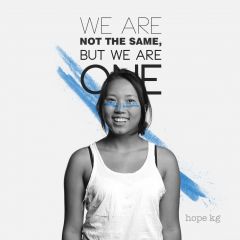 People say that violence happens outside, on dark streets, but violence mostly happens in places where we should feel confident and happy, with the people we know. Most violent situations happen within our walls, and every year there are more and more.

Girls Activists of Kyrgyzstan took up the issue of violence in 2014, and came up with new ways to show the real situation in society.

At the end of November, we organized a Youth Activists Camp, which focused on promoting gender equality, reproductive health, solidarity between all groups of society, and human rights, to prepare youth for participating in and influencing society.

This camp was initiated by Girls Activists of Kyrgyzstan and took place from November 28 – December 1 2014 in Bishkek. Thirteen participants, from two regions of Kyrgyzstan (there are seven regions in Kyrgyzstan in all), took part in the camp.

On the first of December we organized an action for “World AIDS Day,” which is also an important issue for people and one they should be informed about. It is important because HIV/AIDS is also becoming a reason for gender discrimination, and people have to be tolerant towards HIV-positive people. During the camp, we decided to promote the HeForShe movement and make an exhibition of works on the theme of gender-based violence and inequality to show that violence happens and it must be stopped now, not later. Earlier, we raised the issue of safety and security, because it is an important issue in all activism. And because our activism is founded on a digital platform promoting the stories of girls in Kyrgyzstan, this issue is really necessary for us.

In the beginning of November, an expert on informational security presented a workshop to us, where we got some advice we would like to share with you in our next issue.