Mapping for Niger, as Told by One of the Project's Volunteers 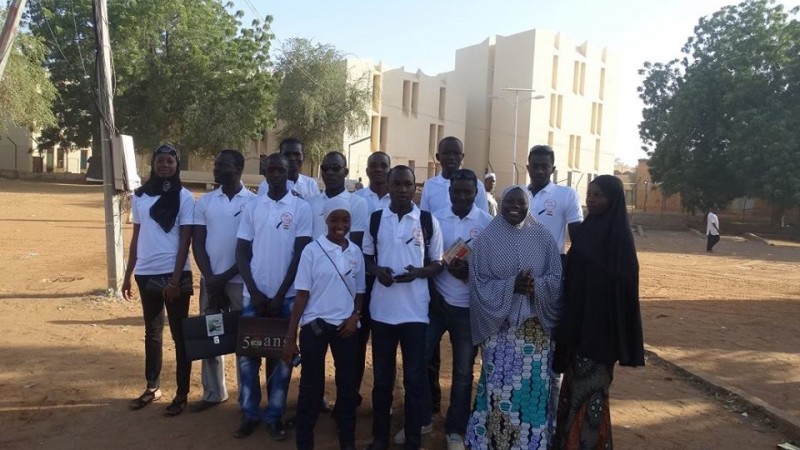 The OpenStreetMap Niger team. Photo by Fatiman Alher with her permission

Niger, like its neighboring countries, struggles against the harmful impact of militant group Boko Haram in the region. However, its youth want to show that they can rise to power despite the circumstances — in this particular case, the Nigerien OpenStreetMap community.

The Mapping for Niger Project is a Rising Voices project set up jointly with the OpenStreetMap Community. Much of rural Niger is not well-represented online, but thanks to this collaborative open-source humanitarian mapping project, these communities are now part of the digital landscape.

Below is a report from one of its members, Fatiman Alher, a geography student who recently shared her experience mapping the vast territory of Niger.

Since its first appearance, the OpenStreetMap Niger community has conducted activities promoting the project with NGOs, international organizations, local authorities, academia, and at conferences. The community organizes “cartoparties,” open training courses, and completes the OpenStreetMap database through volunteer projects (for example, mapping the cities of Dosso, Zinder, Agadez and Niamey as well as its university) paired with remote data production using satellite imagery and field data collection. Mapathons (mass date creation workshops on areas of interest) are also organized in close relationship with the OpenStreetMap West Africa and World communities.

The project is faced with limited logistical, financial, and human resources as well as a political situation occasionally under pressure (especially on the Malian border) and a general ignorance of Open Data, making each activity realized a feat of volunteer passion and activism.

Since mid-2014, the initiative Espace OSM Francophone has supported the development of OpenStreetMap in Niger. This translates into members of the OSM_NE community participating in capacity-building ( training newcomers the basics of mapping) missions organized in the sub-region by Espace OSM Francophone. In this way, members of the OSM_NE community participated in five-capacity building missions: in Burkina Faso and Togo in 2014; and in Burkina Faso, the Ivory Coast, and Togo in 2015. The missions, in which OSM countries gather together, last for three weeks and take place in a mapping community host country, including France and communities in Francophone Africa (Benin, Burkina-Faso, Mali, Niger, Senegal, and the Ivory Coast). 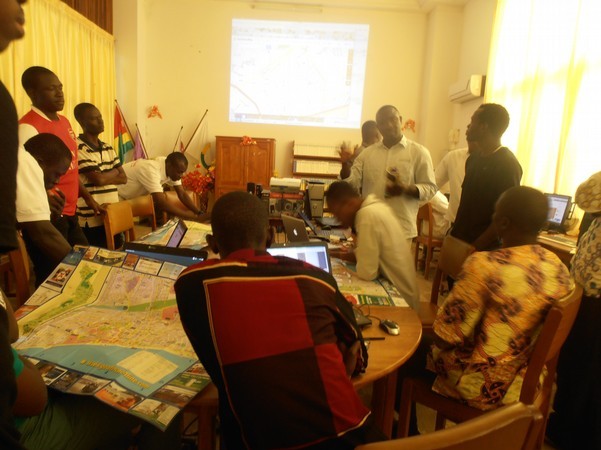 Cartography training workshop. Photo by F Alher with her permission

The objectives of  EOF courses are mainly aimed at training the OSM_NE community  about the organizational structure and technical skills required for mapping. These training courses are organized at the University of Niamey (UAM)  and at Search for Common Ground (SFCG). 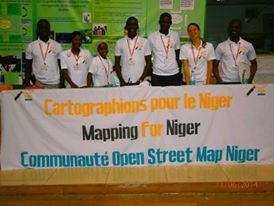 Cartoparties are regularly organized by the OSM_NE community. Generally, the participants remotely map from 8 am-12 pm. Then, they carry out a field survey and edit collection data in the evening.

Mapathons (mass data creation workshops on areas of interest) are regularly organized in relationship with West African and World OSM communities; particularly in response to humanitarian crises: Ebola, Boko Haram, or even the earthquake in Nepal.

The city of Niamey is the OSM_NE community nerve center. An ongoing mapping mission has taken place there since the beginning of the OpenStreetMap project in Niger. Members take advantage of their travels and free time by charting the country's capital, remotely or in the field. The mappers focus on the road network, buildings, and points of interest (such as health, education, public buildings, stores, health facilities, etc.). However, other localities are also targeted.

During school vacation from June to September 2013, the OSM_NE community focused on the Madaoua area, specifically in the Tahoua and Zinder regions. Every weekend for one month, the members gathered together to remotely map these localities.

It took one week of mapping to put all of the information into the database. Now you can see the work that was carried out by three youths with limited means by viewing the OpenStreetMap Dosso map.

Reaching out to other West African OSM communities 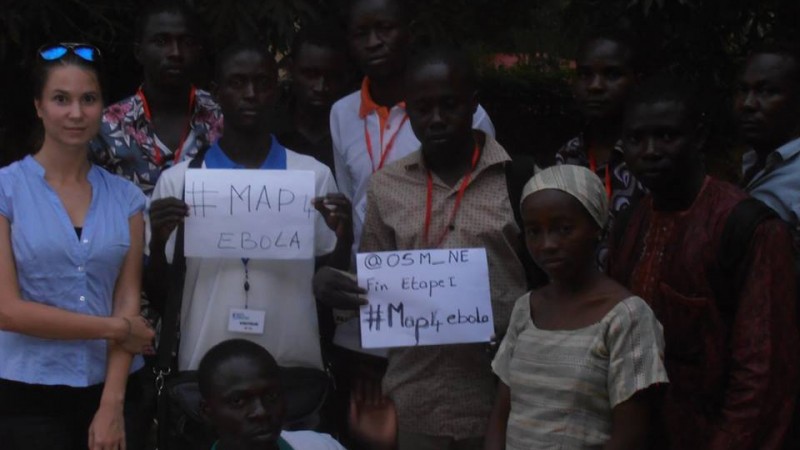 In a network with other West Africa OSM communities, through missions with Espace OSM Francophone and various events in the sub-region such as annual Innov'Africe forums, the OSM_NE community works especially with communities from Benin, Burkina-Faso, the Ivory Coast, Niger, Mali, Senegal, and Togo.

The interactions include joint mapping efforts as well as the proactive sharing and exchange of certain aspects of technical and organizational communication. These collaborations were especially strong during the organization and facilitation of the State of the Map (SOTM, or Etat de la Carte) conferences such as the one that was held in Burkina Faso (2015) or the current one in Togo. These two SOTMs were organized during actions taken by the Espace OSM Francophone. The community's mapping efforts contributed to the Map4Ebola initiative that enabled a better fight against the epidemic. Off to Burkina Faso! The Niger Team OpenStreetMaps their way to Ouagadougou