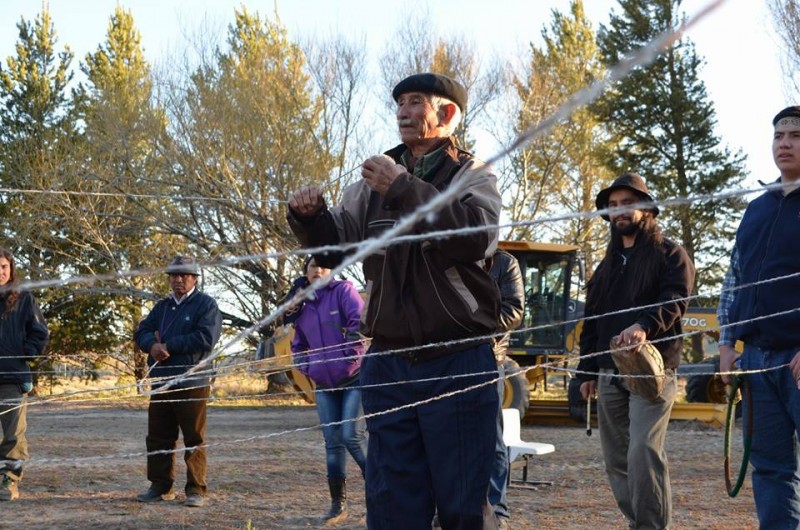 This is the first article part of the project “Müpüley Tain mapudungun (Our Mapudungun Soaring)”, a recipient of a 2015 Microgrant to support initiatives of Indigenous Language Digital Activism. This project is carried out in the city of Buenos Aires, Argentina, and seeks to strengthen the Mapudungun language through the link between political and cultural revival of the urban Mapuches and learning the tools of the radio art.

The initiative seeks to create artistic pieces through radio in order to make the Mapuche language, poetry and music more visible. The Mapuche people living in the city of Buenos Aires will participate in this space which seeks to strengthen the political and cultural processes of these migrants who live far from their original territory.

In March, Tain Müpüley mapudungun (Our Mapudungun Soaring) initiative will take place in the city of Buenos Aires. “The project seeks to link the political and cultural revival of the urban Mapuches with the learning of the tools of the radio art. This allows a wider dissemination of our work and provides new tools to our lamgen (brothers),” said Simona Mayo, a member of the Kom Kim Mapudunguaiñ Warria Mew Collective (We all learn Mapudungun in the city), which works for the revitalization of the Mapuche language.

Through training workshops on the Mapuche language, history, communication and development of radio tools, members of different urban Mapuche organizations will be able to make these innovative pieces of radio art.

The radio genres like radio art and audio documentary enrich the training experience and expression by using attractive and flexible narrative tools which foster creativity. “The audio documentary is a hybrid genre between journalism and art, which can convey real stories with a strong personal view anchored in the aesthetic value of the sounds; in this case, the words, the music, the narratives and the landscapes of the Mapuche people,” says Francisco Godinez Galay, director of the Center for Radio Productions and trainer in sound narratives.

Currently, as a result of the campaigns of colonizing the Mapuche people and their territory, most of them live in cities and urban spaces. Both in Chile and in Argentina, more than half of the Mapuche population now resides in urban areas, following the forced migration that started in the early decades of the 20th century. Today, communities have made the cities their local spaces and have developed in them various mechanisms in order to maintain their language and culture through new tools such as the internet, radio, writing and artistic expression, among others. Here lies the importance of creating spaces, of learning to use new tools and produce materials with the aim of contributing to the dissemination and revitalization of the Mapuche culture within the spaces inhabited by the Mapuche, in this case, the city.

This is why the project aims, in addition to training people, to produce three audio documentaries. These products will be disseminated on internet and through DVDs. “Having documentaries in a physical format allows us to return them to the people involved, but also to spread them in communities and to political authorities,” says Victor Quilaqueo, member of the Legal Support for Land Access (Gajat).

Regarding the latter, Quilaqueo says that he values the norms such as media law; however, he draws attention to the fact that its implementation is disputed and it does not refer to digital media. “We believe that these projects allow working on the language at different educational levels and areas of society, with tools that provide a greater dissemination of the products. At the same time, they allow an awareness of the importance of communication outside the traditional formats,” he says.

The team of Tain Müpüley mapudungun consists of Francisco Godinez, member of the CEPPAS Center for Radio Productions; Simona Mayo of Kom Kim; Victor Quilaqueo of Gajat; and Felipe Gutierrez, member of the Mapuexpress group for Mapuche communication.