From Making Videos to Digital Activism: Learning Experiences in the Mískitu and Mayangna Languages 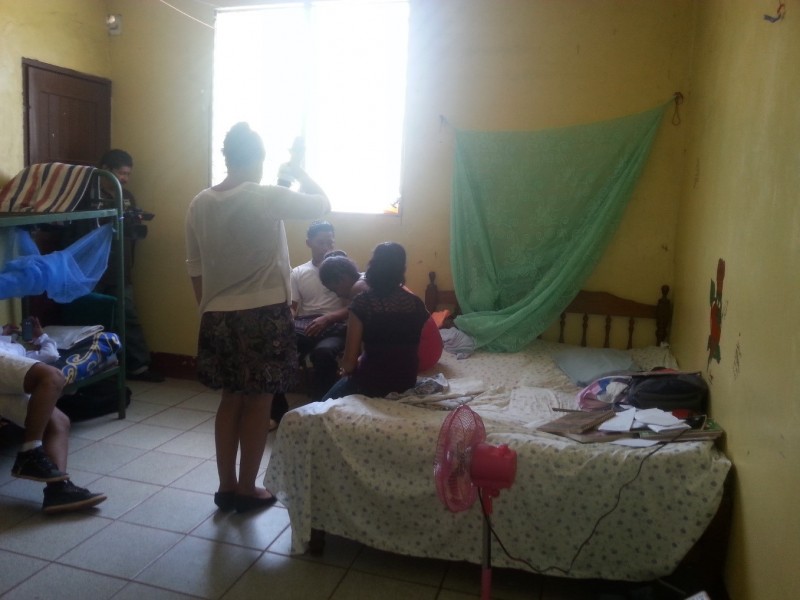 Recording of “Life with AIDS – SIDA Wal Iwanka” in Miskitu.

This is the second article about the “Miskitus and Mayangnas on the Internet” project, grantee winner of the 2015 Microgrant call to support digital activism initiatives for indigenous languages. The project is being carried out in Nicaragua and seeks to strengthen local languages with the active participation of young people.

The project began with conducting a multimedia class in which young people in the Leadership School from the URACCAN University focused on taking smartphone pictures of their environment and create slideshows. During the class the students showed interest in how to integrate subtitles and narrations in the audio, opting to use the MovieMaker software for this purpose; many of the participants admitted to not being able to read and write in Mískitu [Miskito, in English] and Mayangna, while others who could, said they had never thought about adding text to their presentations. In addition to the incorporation of written elements, students were also interested in including popular songs in Mískitu, English Creole and Spanish, responding positively to the mixture of the media in different languages.

Throughout February and March, the students rarely had access to computer labs during their multimedia class. To solve this issue of limited access, their instructor added files to organize class activities in order to properly plan the designs using the computer software. Printed and digital guides were also created for students to design multimedia, such as an animated video, a website or a video game in Mískitu and Mayangna.

The students had a favorable response to the use of the files, which included a comics design with themes related to theater presentations that would later be recorded professionally. When students presented their comics, their instructor and school administrators were pleasantly surprised by the students’ ability to think deeply about issues related to social injustices such as: the lack of education about sexually transmitted diseases, bullying, the discrimination between races or ethnic groups, and poverty.

The students demonstrated their leadership skills in the development of the issues which reflected problems in the real world and in urgent need of innovative solutions. The products are intended for speakers of Mískitu and Mayangna living in Bilwi-Puerto Cabezas, the urban area surrounding the URACCAN University. Bilwi-Puerto Cabezas is a multilingual city that uses Mískitu, Mayangna, Spanish and English Creole languages, however, only the television news are bilingual in Spanish and Mískitu, so the themes developed by the students are the first productions in Bilwi-Puerto Cabezas which are using all four languages spoken in the city.

The students in the leadership school grew during this process as activists for their own languages to participate as designers of multilingual programs focused on promoting issues that affect the daily life in their communities. The young actors, directors, and producers enjoy their creations and hope the residents in their city and nearby communities can use these products to become activists, too, who promote changes in local social norms that allow the use of multiple languages in different contexts.