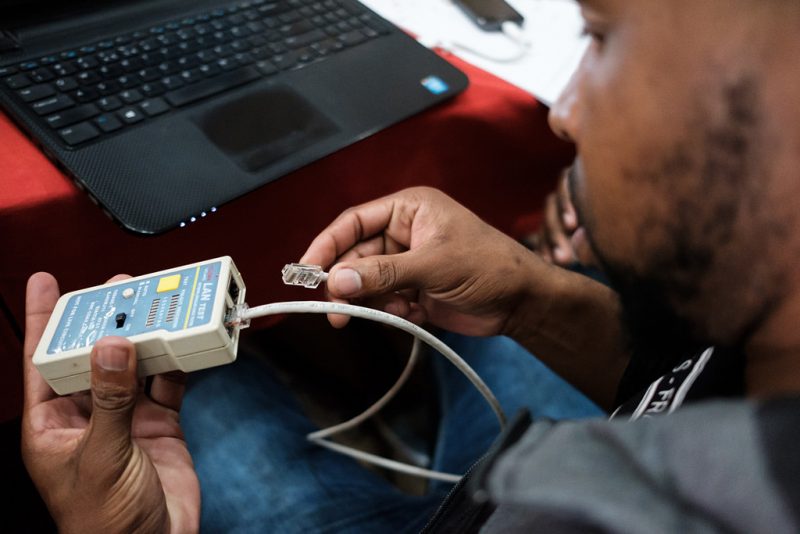 Rising Voices note – The following is the executive summary of the Report: Supporting the Creation and Scalability of Affordable Access Solutions: Understanding Community Networks in Africa written by Carlos Rey-Moreno. It is made available under a Creative Commons BY-NC-SA 3.0 license and also through collaboration with the author. To read the full report, please visit the Internet Society's website.

There is widespread recognition of the opportunities and potential benefits of expanding access to the Internet, as recognized by the Sustainable Development Goal (SDG) targets. Yet, around four billion people still lack access to it.

Community networks, communications infrastructure deployed and operated by citizens to meet their own communication needs, are being increasingly proposed as a solution to connect the unconnected. However, in Africa, where the proportion of unconnected is among the highest globally, little is known about the role community networks are playing.

Results from our research shed new light on the factors behind the establishment of community networks, highlighting the commitment of their proponents to the development of their communities, and the role that the network and its services play in it. The social context where these initiatives take place also plays a critical role. Several strategies are presented that contribute to the social cohesion that marginalized communities depend on. The services these networks provide and the way they are offered also align with their context. There is a strong emphasis on public access, intranet services that meet the local needs, and digital literacy to maximize the opportunities offered by the services. But most of the organizations analyzed have a broader vision, and the communication services are just one component of the local economy they are creating to transform their communities. This context also plays a role in the economic sustainability of the initiatives, as low-income communities require some sort of seed capital to bootstrap the initiative. Once they are established, all of them have found ways to be sustainable, and in some cases, scale them to other places. They also want to improve, and a section with further recommendations is also included in this report. 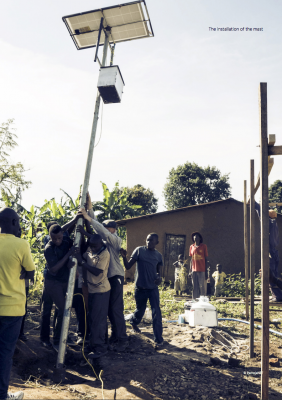 Installation of a mast by Pamoja Net. Photo from the Report: Supporting the Creation and Scalability of Affordable Access Solutions: Understanding Community Networks. Used under a Creative Commons BY-NC-SA 3.0 license.

The number of initiatives identified is relatively low considering the continent’s size and population. Thus, this report analyses the barriers that prevent more community networks from appearing or existing ones from becoming sustainable and scaling. The barriers identified range from the lack of awareness of both the potential benefits of accessing information, and the Internet more generally, and the possibility for communities to create their own network, to the lack of income of the people who would like to start one. It is important to note, that most of the people within the next billion to be connected need to choose, daily, between Internet/communication networks and other vital necessities such a food and health. The unreliable (or the complete lack of) electricity in most of these areas, and the high cost of backhaul connectivity, also affects the capital required to start and operate one. The lack of local technical competencies, and a regulatory framework not conducive for the establishment of small, local communication providers, are also identified as the main barriers for growth of community networks in the region.

This report provides a new perspective on community networks on the continent. In Africa, a community network is not simply telecommunications infrastructure deployed and operated by citizens to meet their own communication needs; it is a tool to improve what a community is already doing in terms of their growth and development, by contributing to a local ecosystem that enhances the daily lives of those staying in the community.

Despite particular exceptions, the community network model and concept is still in its infancy stages on the continent. However, there are reasons to believe it has the potential to expand rapidly. The ongoing technological advancements are simplifying deployments, operations and scalability. The increasing awareness of the value and impact of community networks, as well as the evidence that the work can be done locally by locals, is inspiring the creation of new networks and the expansion of existing networks across the region. The identification of other local stakeholders with a role to play, like the traditional authorities, churches, and local media, means that new strategic partnerships can be established to facilitate expansion. Governments can also contribute to their expansion, from creating a conducive regulatory framework, to using their educational programs to foster the establishment of community networks. The creation of a Community Networks Program to support communities willing to start their own networks is proposed in this report, and its main components are as follows: a school of community networks to build capacity, an observatory to generate and gather evidence, an exchange mechanism to facilitate peer leaning; and a volunteer program that provides support on different topics.

A set of recommendations for different stakeholders is included to conclude the report and to outline a path forward, to ensure many other communities in Africa can benefit from the positive outcomes attributed to community networks identified by this research.