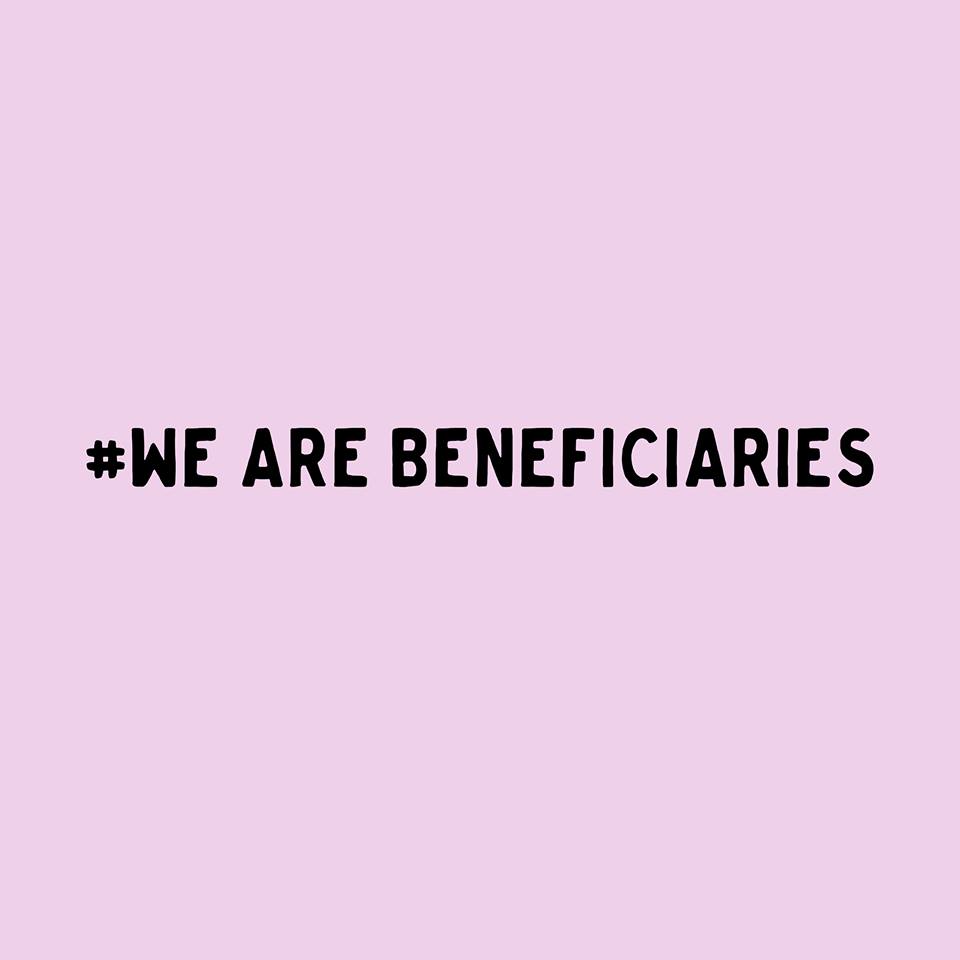 A group of artists in New Zealand have launched a social media campaign in response to a ferocious debate over the country's welfare system.

In her words, it was the only way that as a 23-year-old single mother and student she would have been able to survive over a period of three years. She told the agency that she and her daughter lived alone — they actually lived with flatmates — which allowed Turei to claim higher benefit payments.

Turei also admitted that during the same period, she registered a false address to vote. Her admissions divided both public opinion and the debates within the Green Party itself. Despite claiming to have no regrets over her decision to go public with the information, Turei resigned soon after, citing the scrutiny her family has experienced since the revelation that has seen support for her party dive in the polls.

In quotes carried by New Zealand's outlet Stuff, Turei said her story had helped open up the discussion on welfare:

I knew that by telling my personal story, it would help people hear and understand the reality of poverty. And that has happened – thousands of people have contacted the Green Party with their stories, and many have come forward to tell these in the media as well.

According to the Ministry of Social Development, more than 270,000 New Zealanders aged from 18 to 64 receive some kind of government — 9.8 percent of the country's total population.

New Zealand Europeans and Maori make up the majority of beneficiaries, with the latter group being the highest represented in the Solo Parent Support as well as Youth and Young Parent Payment categories. For perspective, Europeans make up more than three quarters of New Zealand's total population, while Maori represent 14.9 percent.

All of this paved the way for a wider discourse around New Zealand's social welfare, and whether it actually helps those who need it most. First, the hashtag #IAmMetiria started trending on Twitter. Many people used it to show their support for the politician, before and after her resignation, as well as sharing their own experiences and concerns about the core issues surrounding the whole debacle:

Actually on the brink of tears. @metiria your integrity, honesty & true compassion was so needed and appreciated in politics. #IAmMetiria

A diversity of experiences

In mid-August a group of artists has launched an initiative to highlight the experiences of welfare recipients, ultimately going beyond the typical narratives presented in mainstream media.

The online project ‘ We Are Beneficiaries‘ initially called on artists who have been on any kind of benefit (be it because of an illness, unemployment, or any other circumstance) to draw a picture of themselves, then write two to three sentences about their experience, treatment or any issue they believe needs to be addressed by the wider welfare system.

After that, the project opened up the conversation to the wider public, with the founding artists offering to draw other people and encouraging other contributors to share their drawings and words.

On its Facebook page, ‘We Are Beneficiaries’ emphasizes the importance of capturing social issues like race and inequality with compassion and understanding:

[we] recognise that it's a pretty vulnerable thing to do – and given what happened to Metiria in the last few weeks, these conversations can have pretty dire effects when we do share – particularly for people of colour and indigenous people.

Since its launch on August 14, 2017, the ‘We Are Beneficiaries’ Facebook page has amassed more than 2,000 likes and more than 2,400 followers. One of its founders, Sam, started the conversation by sharing his own experience: 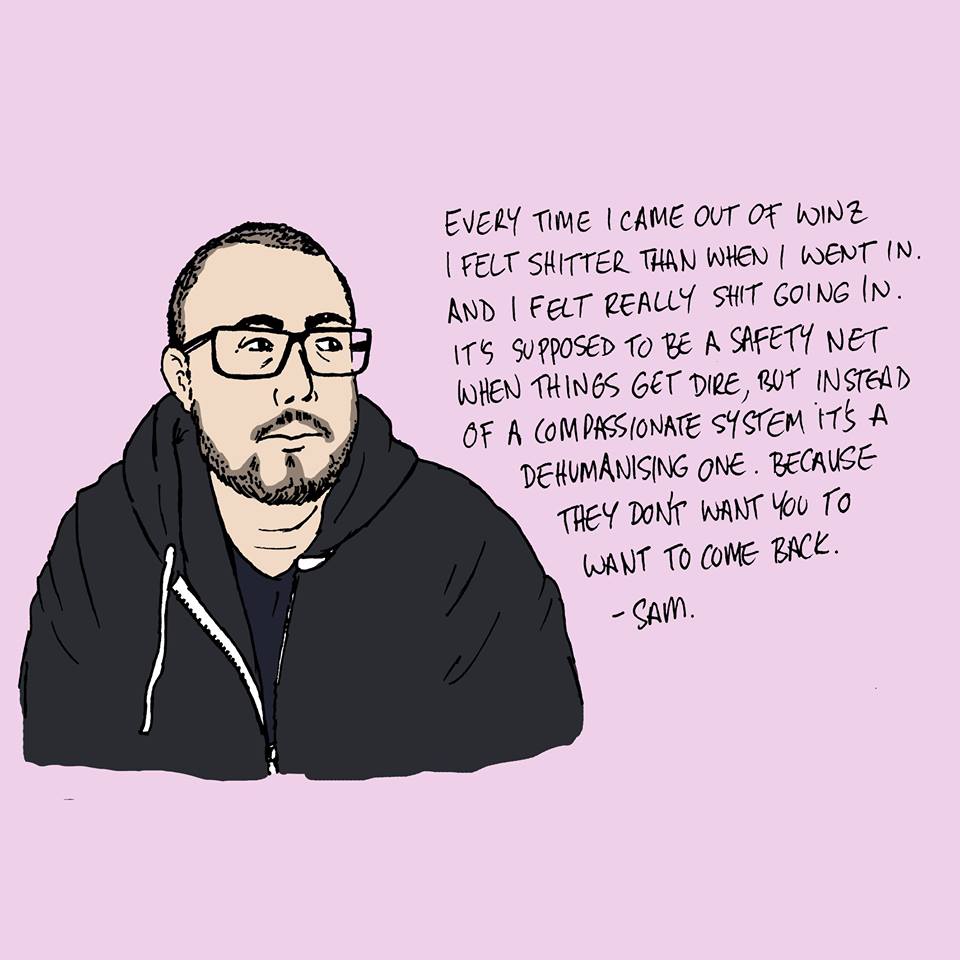 The project has depicted many issues that don't usually reach the mass media-driven discussion,including the way WINZ ignores the needs of elderly beneficiaries who are taking care of their grandchildren: 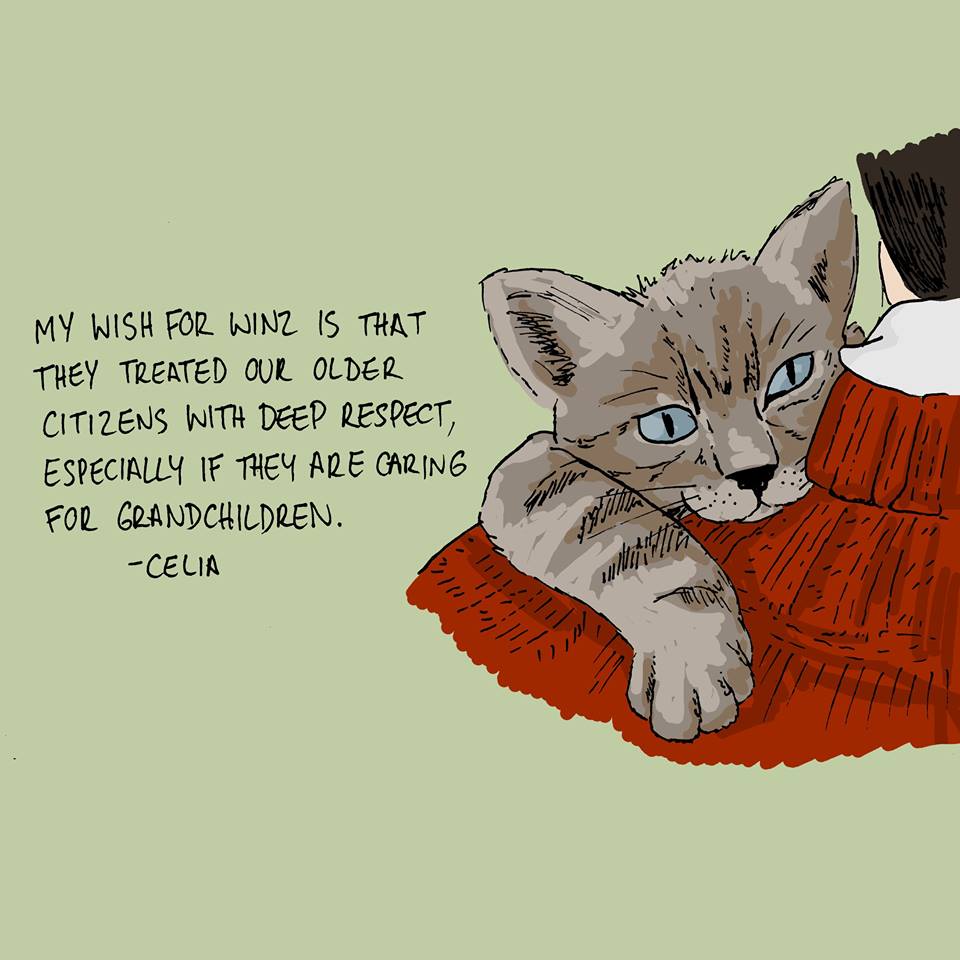 And the barriers to accessing adequate healthcare for those relying on social welfare: 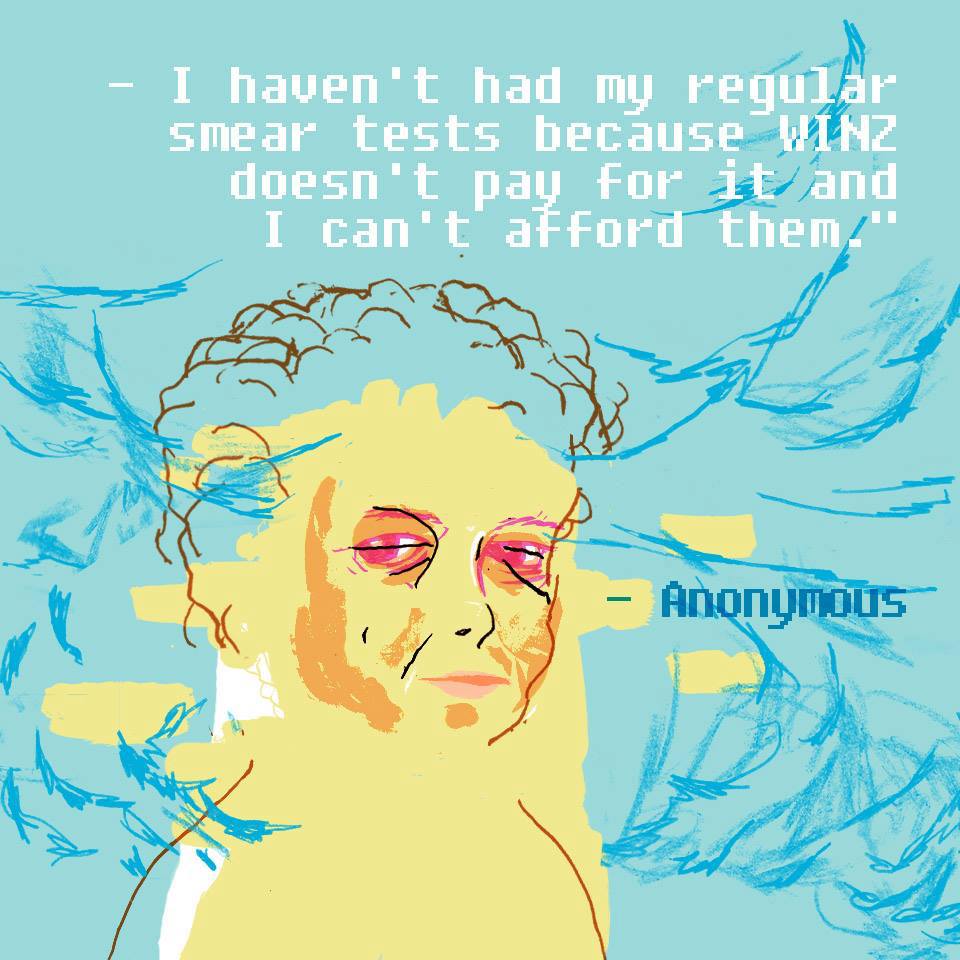 And the feelings of dehumanisation that stemmed from the harrowing treatment some recipients suffered at the hands of case managers when they were at their most vulnerable: 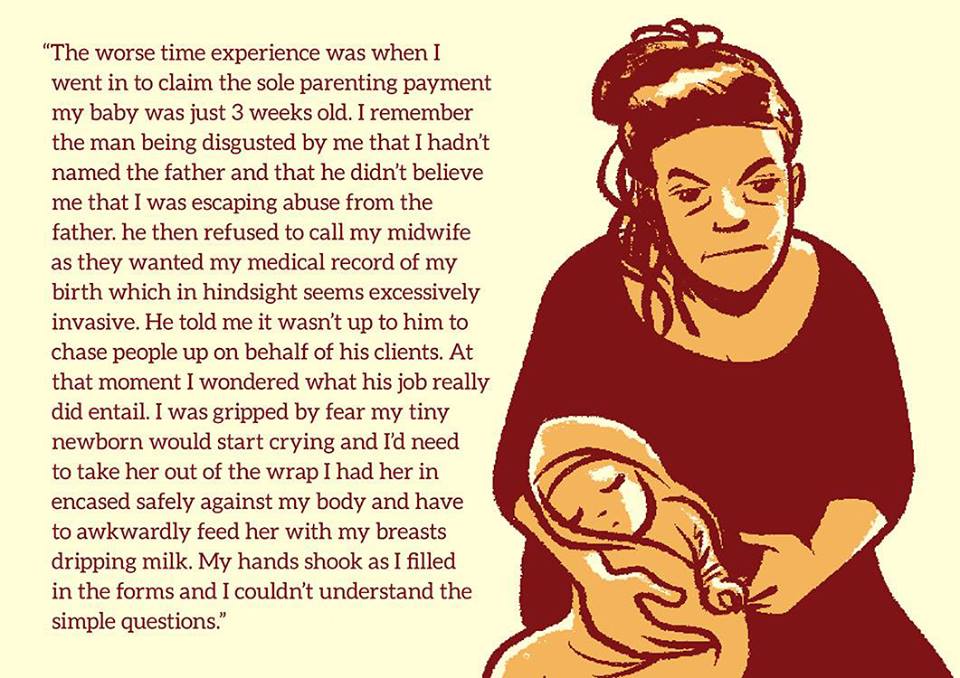 ‘We Are Beneficiaries’ has also disseminated its illustrations on Twitter under the hashtag #wearebeneficiaries.

Since starting out, ‘We Are Beneficiaries’ has received a stream of supportive messages. Some Facebook community members have thanked the artists for sharing the stories, others have taken to telling their own experiences, and a few even posted their own drawings after being inspired by the project.