For a second straight year, the Mother Language Meme Challenge attracted a wide array of participation from language activists and advocates as a way to highlight the importance of linguistic diversity on the web with a special focus on indigenous, endangered, or minority languages.

Beginning on February 14, the one-week Challenge culminated on February 21, a date that annually commemorates International Mother Language Day. Those who took part created humorous or inspiring memes in their mother language, shared them on their social networks, and encouraged others to do the same. The result was a colorful snapshot of how many these languages are carving out their own space on the internet thanks to the efforts of individuals, organizations, and communities.

Once again, the Challenge brought together existing and new partner organizations and groups working towards language revitalization around the world. See here for the full list of partners for this year’s Challenge.

We asked participants to add a hashtag naming the language in which the meme was created, as well as #memeML. As the following word cloud shows, European minority languages were the most well-represented on Twitter.

To get a better sense of the geographic locations that participated in the Challenge, a quick glance using the Keyhole Twitter hashtag analytics tool indicated there were original posts or support in the form of retweets from a large part of the world.

We were also pleased to see participation from new parts of the world, such as Egypt, where Nubian language and culture advocates helped to create memes in their language. As one can see in their translation, many keyboards are unable to replicate the alphabet characters required by this form of writing, so the website was created by using a jpg, further illustrating the challenge that some communities face. We also enjoyed increased participation from India, where local activists helped bring new languages onboard such as Hindi, Odia, Punjabi, and Santali.

While it’s not possible to share all of the memes created during the week of the Challenge, here is a taste of the memes across the globe found on Twitter and Instagram:

"please tell me more about how Guernsey-French isn't a real language" for #MemeML (though I know this one's too late – thanks for a week of good fun @risingvoices) pic.twitter.com/Hy9vce5cHU

"I will look for you, I will find you, and I will speak to you in #Jèrriais" #MemeML pic.twitter.com/TJSidd2hKS

‘I like trains’ is one of my son’s favorite memes. It’s from the asdfmovie channel on YouTube. #karuk #mememl

Cʻikmemun xōs pōbeh łīdunāh. — The steam of [my] coffee is a new form of smudge. #nomlāqa #nomlāqabōda #NommaqNomlāqaWintūn #nomlaki #nomlakilanguage #NativeLanguage #IndigenousLanguage #CaliforniaIndian #MemeML #MemeML2018 #coffee #smudge #NativeHumor International Mother Language Day was founded to promote and celebrate linguistic and cultural diversity around the world, with a special emphasis on indigenous, minority, heritage, and endangered languages. With the help of digital tools and the internet, there is now a unique space for expression and connecting with others also working to revitalize their mother tongue. Following last year’s successful campaign, we invite you to take part in the Second Mother Language Meme Challenge 2018 by creating a humorous or reflective internet meme in your native tongue. Starting on February 14 and running through February 21st, we invite you to take part in this fun online campaign to commemorate International Mother Language Day. To take part, just follow the simple steps outlined on the Challenge’s website (http://memeML.org), which includes finding an image, adding text and hashtags, including #MemeML, and sharing on your favorite social media platform. Make sure you “tag” someone inviting them to create their own meme in their mother language. 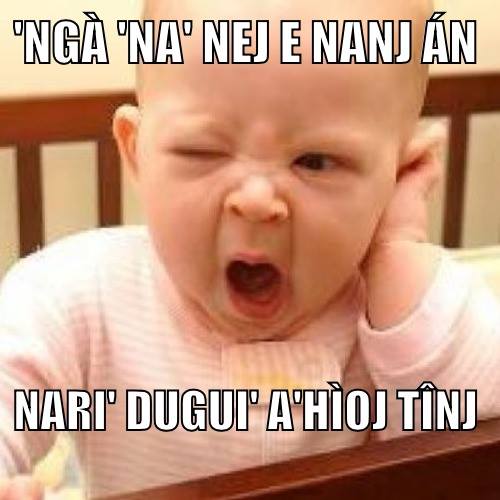 To find even more memes from the Mother Language Meme Challenge in a variety of global languages, please look for the #MemeML hashtag on Instagram, Twitter, or Facebook. There is also a Facebook group for the Challenge with contributions from all across the world. Thank you to all that participated this year!