We Matter: An Internet Campaign That Shares Hope and Healing with Indigenous Youth 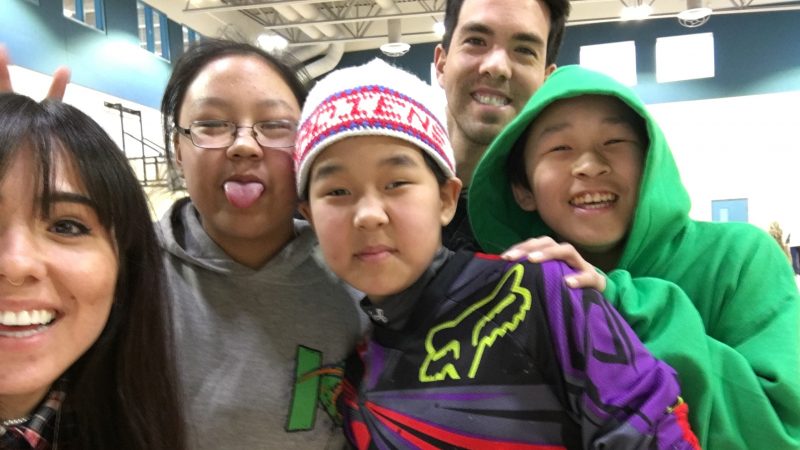 Siblings Tunchai and Kelvin Redvers started the multi-media ‘We Matter’ campaign in 2016 to encourage Canadian Indigenous youth, like themselves, to share their experiences and empower one another. Picture shared with permission.

At Rising Frames, a collaboration between Rising Voices and NewsFrames from Global Voices, we apply data analysis tools to explore questions about media representation. Working together with Indigenous and other underrepresented communities from around the world, we support the creation of stories that emerge from the voices and perspectives of these communities. As a part of this effort, we are developing a series of articles about diverse Indigenous-led initiatives that are using the Internet to tell their own stories and to challenge existing media narratives. In this first post, we talk about We Matter, a campaign that works to empower Indigenous youth in Canada.

‘We Matter’ is a Canadian-based online campaign that invites Indigenous youth and their allies to submit short videos to their website. These videos showcase uplifting content that young Indigenous people send to each other as well as written or artistic messages that speak about diverse challenges and ways to overcome them.

While the main focus of the campaign is to provide a space where Indigenous youth can let each other know that they are not alone, it also invites people from all ages and backgrounds to submit videos that share messages of hope and support directed at Indigenous youth.

Rising Voices spoke with Kelvin Redvers, one of the creators of the ‘We Matter’ campaign, who alongside his sister Tunchai was inspired by a similar initiative focusing on LGBTQ and youth in the United States. The siblings decided to start this project to address some of the difficulties they felt were prevalent among First Nations communities in the Canadian Northwest Territories:

As Indigenous youth ourselves, we experienced some of the issues that affect so many First Nations communities. We felt hopelessness, we felt anxiety and depression. We lost family members because of these difficulties.

Kelvin adds that when they encountered these problems, the tools and resources to help them just weren’t there. That’s when they decided to start the ‘We Matter’ campaign to support Indigenous youth. In October 2016, they launched the initiative with 20 videos — and they never expected it to grow as fast as it did:

We got a lot of response almost immediately from Indigenous people across the country who were very appreciative because something like this had never existed before. It reached over a million people within the first month. Now we have more than 25.000 followers on Facebook, and even the Canadian Prime Minister submitted a video, so we know we are on the right direction.

Using the Internet to share stories and challenge narratives

Kelvin explains that one of the objectives of the campaign is to add to existing initiatives that challenge negative representations of Indigenous youth in Canadian media:

Indigenous youth do not show up very often on TV shows or movies. All you can find are news articles but they often talk about negative aspects, such as suicide rates, for example. The truth is that there is a lot more that doesn’t hit the news. There’s also so much more positivity that doesn’t make the headlines, such as  the strength of the people who are managing to solve the problems they are facing. Some places have moved past some of these issues, and this should be celebrated. Those who have gone through and succeeded should have a space where they can share the positive side of their experience, and that’s what we are doing with ‘We Matter’.

He adds that the Internet has played a crucial role in achieving this objective:

It wouldn't have been possible to create a project of this kind without the Internet, but now it offers us a way to move past the headlines and the negative portrayal of Indigenous youth in the media to connect positive messages like the ones people share with us. The Internet allows us to connect over long distances and many people have access to it, so it is crucial for the work that we do.

The Internet also allows the ‘We Matter’ campaign to include a “get help” section on their website, which helps connect Indigenous youth with available resources.

While Kelvin recognizes the multiple benefits that the Internet can have, he says that they also see the need to complement their online work with offline activities. Kelvin explains that some First Nations communities do not have strong Internet access, so they carry USB sticks to share these videos with people who live in places with limited connectivity. They also give workshops geared towards Indigenous youth where they discuss challenges and provide mutual support, using the space to share available resources and coping mechanisms for overcoming different difficult situations. 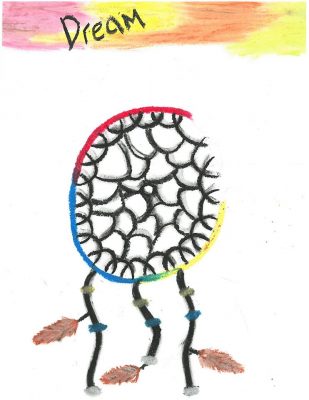 Artwork by students of St. Nicholas Junior High – Edmonton, Alberta. Picture taken from the ‘We Matter’ website. Republished with permission.

‘We Matter’ has multiple plans to keep growing. They are working on a toolkit with resources to share with teachers, support workers, and youth who are eager to promote hope and healing. They also want to create “Ambassadors of Hope” by providing young people with facilitation and public speaking skills in order for them to educate different communities about the difficulties faced by Indigenous youth.

Kelvin feels that nurturing this growing movement is crucial, and together with his sister, he wants to keep spreading hope among those who need it most:

We have gone to places where young people share their experiences and they often tell us that they thought they were the only ones going through these issues before they heard others talking about them.  I just think about the heaviness that it comes with the experience of going through difficult situations and thinking that you are alone, and I am convinced that we need to keep telling Indigenous youth that we are with them and that hope is always something we can hold up to. With our positive stories, we are not saying that everything is easy. We are saying that things might get hard, but there is always a way forward.

To watch more videos and to learn more about ‘We Matter’, visit their website and get involved in this project. Also, stay tuned for our future posts about similar Indigenous-led initiatives that are using the Internet to support their communities and to amplify their voices.