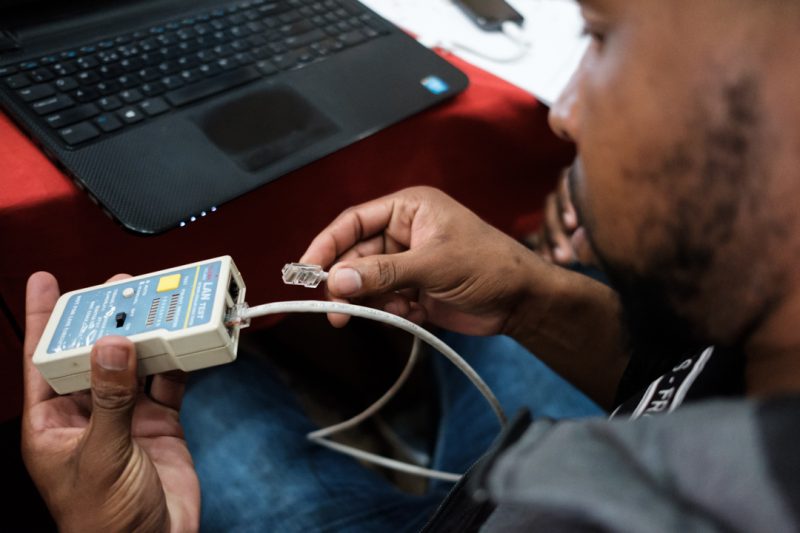 The following is the 2nd post of a three-part series that was written by Florencia Roveri of Nodo TAU and originally published on APC News and is republished here as part of a partnership between the Association for Progressive Communications and Rising Voices. Read the first post about telecentres.

The United Nations reported in 2016 that 47% of the world's population had access to the internet, meaning 53% still lacked such access. Thus initiatives continue with the aim of “fighting for the right to connectivity of populations that currently have either no access or only restricted access to the internet.” To achieve this aim, attempts should be made to provide connectivity, with better quality connections and at a lower cost; to democratise content production and the circulation of discussions on the web; to train people in the use and development of telecommunications; to work towards obtaining regulatory frameworks that favour community experiences; or to try and do all the above at the same time. Community networks have the potential for all of this.

“These are networks that allow wireless access to different types of resources and services available either on the internet or via a local network, and which are characterised by being designed and implemented with the hope of contributing to the improvement of the quality of life of communities. At this point you can understand the importance of the community being an active part of the process of conception, implementation and maintenance of the network.” This definition comes from the an issue paper on wireless networks for development in Latin America and the Caribbean written in 2008 by Lilian Chamorro and Ermanno Pietrosemoli within the framework of the TRICALCAR Project (Weaving Wireless Networks in Latin America and the Caribbean), an initiative supported by APC.

To achieve their mission, community networks face two major challenges: achieving community participation and commitment, and circumventing regulatory mechanisms necessary for their implementation, “so that the telecommunications services offered through this infrastructure can be provided by non-traditional providers (cooperatives, community consortiums, civil associations, neighbourhood groups, etc.), and resolving the necessary legal requirements in such cases,” according to the same document. As Chamorro and Pietrosemoli point out, “the provision of telecommunications services in a community requires the acquisition of licences and permits for which conditions are established that cannot be met by community organisations. Consequently, access to licensing is limited to large operators. In many cases, the characteristics of these licences do not correspond to the needs that community networks wish to cover, rather they are adapted to those of private or commercial networks, thus restricting the possibilities of providing some services or sharing connection costs.”

For the private sector, the 53% of the population that is not yet connected is viewed as highly attractive in terms of business potential, a market, for whose inclusion they even argue the right to communication as an incentive. This is why initiatives such as Facebook's Free Basics (previously called Internet.org) or Google's Loon offer access to what they even call digital inclusion, but which is nothing more than a concerted strategy of business expansion, rather than an initiative to attend to the needs of those who are not yet connected. However, such initiatives not only do nothing to expand the population's right to communication, but they themselves affect the right to access, and in every sense of the term, as well as freedom of expression, by restricting access in other ways.

When Facebook's initiative to promote connectivity was announced in Brazil, civil society organisations warned about these limitations “as the company's proposal would initially bring serious limitations of effective access to the internet, potentially violating the principle of net neutrality and resulting in strong anti-competition effects in the long term,” according to an article published by Observacom. As an alternative, the article's authors defined community networks as “self-managed networks” that form “a non-elitist, open, decentralised infrastructure that can be managed by the users. It is what we call a community provider model. This connection model is not based on a simple provision of internet access, but also provides the community in which it is introduced with social interactions around technology such as those that telecentres and internet cafés tend to provide.”

For these authors, this model promotes local development given that the availability of internet access contributes to social aims such as the dissemination of ideas, cultural and political manifestations, social habits, access to education, training and digital inclusion, and in both urban and rural areas. This access also enables the development of an internal network that offers local services, a virtual space for the community, and data sharing and creation of applications for those who are connected to the network. Consequently, these tools can strengthen community bonds, stimulate local life and take advantage of infrastructure even without access to the global network.

Community networks even invite us to review the original meaning of the internet and rethink the concept of access itself. Nicolás Echániz, a member of the AlterMundi collective, points out that “the use of the term access to identify this right is not coincidental. It implies the perspective of the user, who accesses a service or content that does not produce anything, does not belong to the user, and represents a consumer relationship. But there is another perspective: that of building from the base up the infrastructures and technologies that people require to satisfy their needs to be in contact with others, for cultural exchange, and to connect without being controlled. The right of access to the internet becomes the right to co-create the internet.”

For Echániz, “the internet is – as is culture, the body or land – a territory in dispute; but it is not just any territory, it is a multidimensional phenomenon. There is a physical dimension (infrastructure), a logical dimension (protocols, standards, software) and a cultural dimension (contents, messages). The important thing for those of us who attempt to intervene in this dispute is to understand that at these three levels there are strategies, practices and technologies that enable or disable certain uses, freedoms and capabilities.”

“That IPs are variable, that it is more expensive to upload content than to download it, that regional interaction is not favoured, and that the network ends in the user's home, who cannot take part in extending it and may even be penalised for doing so, these are some of the characteristics that distort the sense of the internet,” he continued. “Free networks allow us to connect from one end to another in equal conditions, to publish and access services symmetrically and promote interaction between inhabitants of each geographical region. But above all else, in a free network, sharing is not only allowed but represents its very essence. Each member, instead of being the end point, represents a new opportunity to extend the reach of the network and its benefits.”

AlterMundi creates its internet infrastructure using free software and very low-cost hardware. These networks offer connectivity in places where there is no access to the services of commercial companies. Moreover, they are very simple to manage and administer by people from the community itself, without the need for specialised knowledge in electronics or computers and at an accessible price. People have access to a local chat service, to the online transmission of local community radio, to make VoIP calls, to share files between peers and to play online games.

There are also other experiences that have promoted these principles and consolidated community networks in their territories. The previously mentioned experience of guifi·net, based mainly in Catalonia, is another “bottom-up, citizenship-driven technological, social and economic project with the objective of creating a free, open and neutral telecommunications network based on a commons model.” According to guifi.net, “The development of this common-pool infrastructure eases the access to quality, fair-priced telecommunications in general and broadband internet connections in particular, for everybody. Moreover, it generates a model for collaborative economic activity based on proximity and sustainability.” 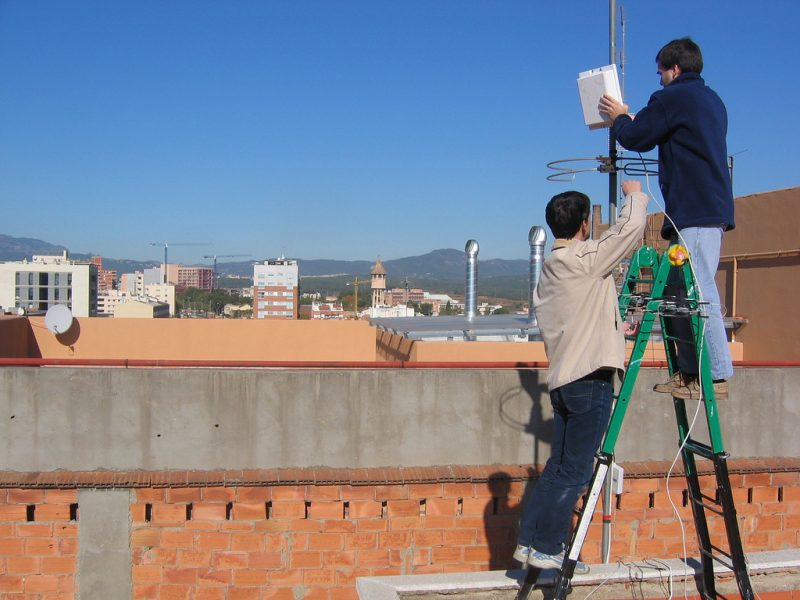 Installation of guifi.net SBDFerg node. Photo by albir and used under a CC BY-NC-SA 2.0 license.

The experience of another APC member organisation, Zenzeleni, is found in Mankosi, a community in the Eastern Cape of South Africa. This is a cooperative whose name in isiXhosa means “do it yourself”. Its main impetus was to improve the costs of connection to mobile telephony. Zenzeleni uses mesh networking, a low-cost, low-energy system using scattered node devices rather than central masts or beacons. Each node communicates with the node that is closest, but data can step throughout the network by passing through as many nodes as necessary. These networks also have the option of a portal to a traditional network. Members of the network can share free phone calls even when the internet is down. An important feature of this network is that it works with solar energy and even provides electricity to homes.

The community of Mankosi falls under a tribal authority, which had to hold a meeting to approve the creation of the network. “Because each network starts in a certain area, you need to connect with other people in your area who also want to be part. Maybe you can persuade an existing group which started for some other reason, to take an interest in community telecoms.” This is how Zenzeleni's website explains one of the most profound aspects of the sense of community of these networks.