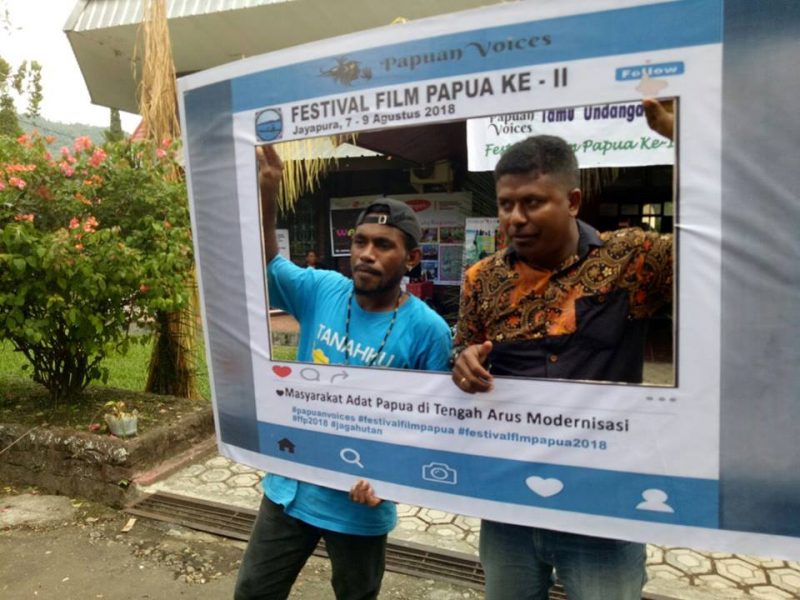 Papuan Voices, a video advocacy organization, has organized two independent film festivals since 2017 to celebrate the lives and struggles of indigenous Papuans in the southeastern province of Indonesia.

In 2015, Global Voices first featured Papuan Voices as a project with EngageMedia, and during the same year, Papuan Voices established itself as an independent organization with a presence now in six Papuan regions.

As the country’s most resource-rich but cash-poor area, a recent influx of Indonesians from other regions has displaced many indigenous Papuans. Some Papuans decry it as an illegal occupation and demand their independence from Indonesia. 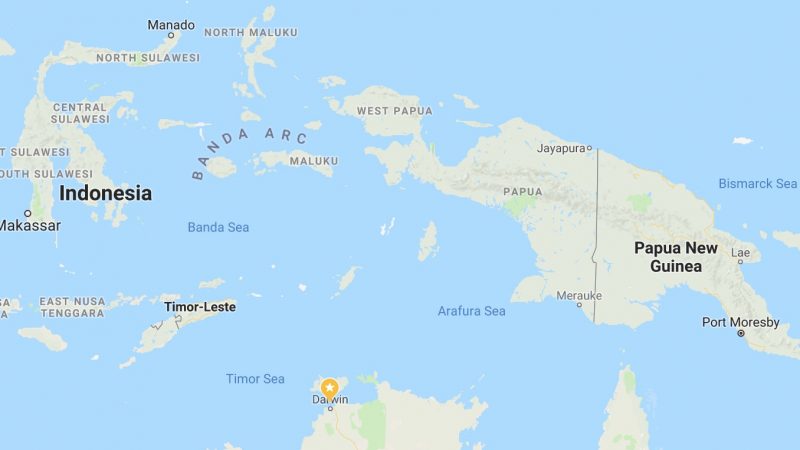 Within this context, as the first film festival held in Papua, it aimed:

to highlight the issues of the indigenous people of Papua through documentary films as well as to build public awareness of the important issues impacting them.

Nearly 30 films were submitted, 50 people participated in the pre-festival production workshops, and 10 films were produced through youth-focused workshops.

Inspired by its inaugural success, the organization held a second film festival last August 2018 with over 1,000 audience members. A total of 19 films from different areas in Papua were submitted.

Today is the first day of a pre-festival film workshop in Keerom regency Papua (after last week in Jayapura) organized by the #PapuanVoices community. These workshops are encouraging local filmmakers to prepare and submit films for the #FestivalFilmsPapua2018 Stay tuned for more pic.twitter.com/q4C4xk9MvX

Mecky Yeimo, a film festival participant, said that the films provided a lot of information about the land disputes between indigenous Papuan landowners and investors acquiring local lands for mining and palm plantations.

Franky Samperante, the director of Pusaka, an indigenous Indonesian non-governmental organization, noted the importance of the film festival:

In Papua, there are very limited options to obtain information by ordinary people because information is controlled by certain dominant groups. The information in these films will be very useful for many people at the local, national and international levels.

Many of the films featured during both festivals depict the everyday struggles of Papuans.

For example, the 2017 Best Film award winner ‘Monce Truck’ is a documentary directed by Imanuel Hindom about a former truck driver for a palm oil plantation in Keerom Regency who found a way to help Papuan women sellers (“Mama-mama” in Papuan) find a new source of income by transporting their vegetables to new markets in the capital city of Jayapura:

‘The Caretaker of Isio Hill Forest’ is another inspiring short documentary which narrates the story of Alex Waisimon who turned a lush forest in Papua into a famous bird-watching spot for tourists. The film was directed by Asrida Elisabeth, Harun Rumbarar, Bernad Koten, Yosef Levi.

Since 2011, both Papuan Voices and EngageMedia have trained more than 50 filmmakers and produced approximately 100 films which were screened in more than 50 locations in and out of Indonesia.