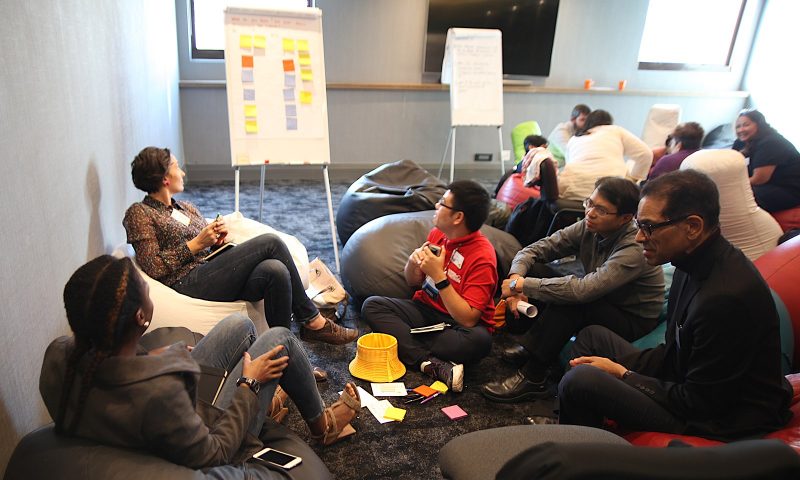 Discussion space at the Decolonize the Internet conference. Photo used with permission.

The following post is a version of a recap of the “Decolonize the Internet” conference held in Cape Town, South Africa in July 2018. It is republished by permission through a collaboration with conference organizers Whose Knowledge? The post written by Kira Allmann and Claudia Pozo was originally published [1] on the Whose Knowledge? blog.

As we reflect on our time together in Cape Town, we want to build on the strength and the energy we generated during the two days we spent together. We’re still buzzing from the profound and passionate discussions on how to transform the Internet into a fairer, more diverse and inclusive space that truly reflects our multiplicity of experiences.

Here are Siko Bouterse and Anasuya Sengupta, Co-Directors of Whose Knowledge?, welcoming and introducing the #DecolonizeTheInternet Conference on the first day. 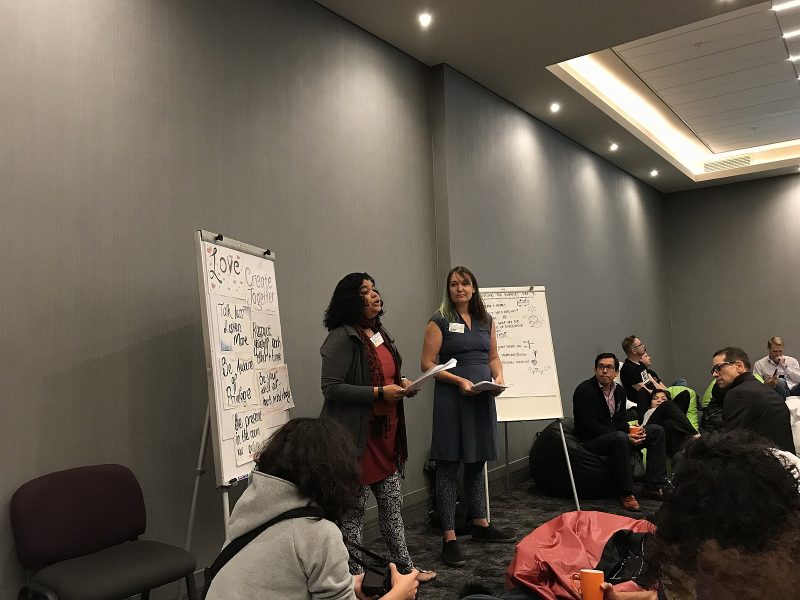 With the support of our funders, communities, and allies, we brought together a room full of dream-chasers and change-makers. We were 67% women or trans, 68% from the global south, and 77% people of color. This was the conversation we’ve all been waiting for, and these are the people whose voices need to be heard.

We spent the two days of #DecolonizeTheInternet holding discussions around how to make sense of this concept, how to embrace its imperfections and messiness, and how to find ways to make progress on a vision for a more inclusive internet that needs a multitude of us working together on a multitude of issues and initiatives.

#DecolonizeTheInternet gave us the time to think together about the many challenges in realizing an internet that’s truly by, of, and for us all. We brought our personal insights and professional expertise to conversations about whose languages are online, whose histories are published in digital space, and who builds and maintains the infrastructure of the web. The goal was to determine action areas — real, attainable, short-term actions that can take one step toward addressing these issues.

I think, you know, when you’re doing activist work, it can be – sometimes it can be difficult to find community. Because you could be side-by-side with people that are doing the work, are committed to it, but then you don’t often have time to be able to sit in rooms like this where you can just talk to each other and learn from each other, so that’s why I’m here.

A discussion panel with communities from around the world

#DecolonizeTheInternet was held as a pre-conference event at Wikimania 2018 [2], where the theme for this year was “Bridging Knowledge Gaps: The Ubuntu Way Forward [3]”. As a way to foster new perspectives in this space, Whose Knowledge? organized the panel “Centering Knowledge from the Margins: A Whose Knowledge? discussion with communities from around the world [3]” with the participation of our fellow allies Persephone Lewis, Thenmozhi Soundararajan, Dumisani Ndubane, Kelly Foster and Stan Rodriguez, who shared their experiences of centering marginalized knowledge from their communities on Wikimedia and the broader internet.

You can watch a recording of the panel here: 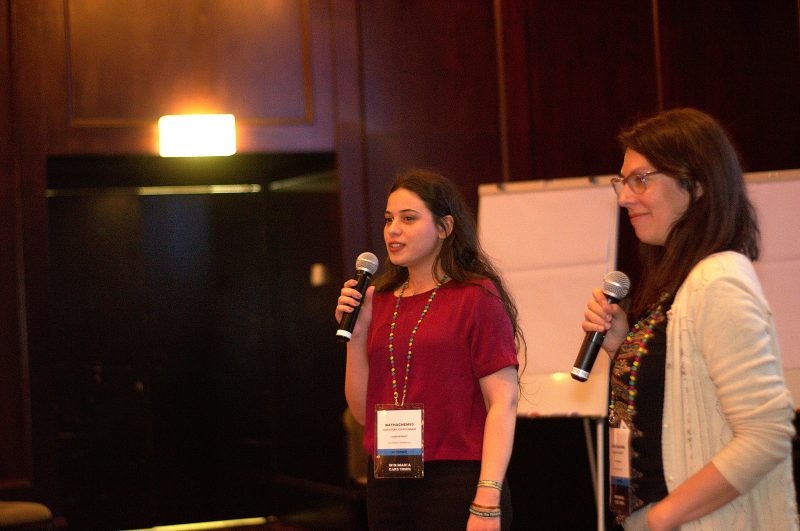 Answering ‘What is knowledge?’ Through Art

Siko, together with some lovely volunteers, led the organization of an art exhibition at Wikimania to explore what knowledge means in different communities and contexts. We received the most interesting and powerful art expressions around this topic from places like South Africa, Namibia, Spain, Latin America (Argentina, Brazil, Chile and Uruguay), India, Zambia and the United States. We also invited people visiting the exhibition to reflect on this question and share their views with us. Overall, we had a beautiful exhibition with fascinating art to share! 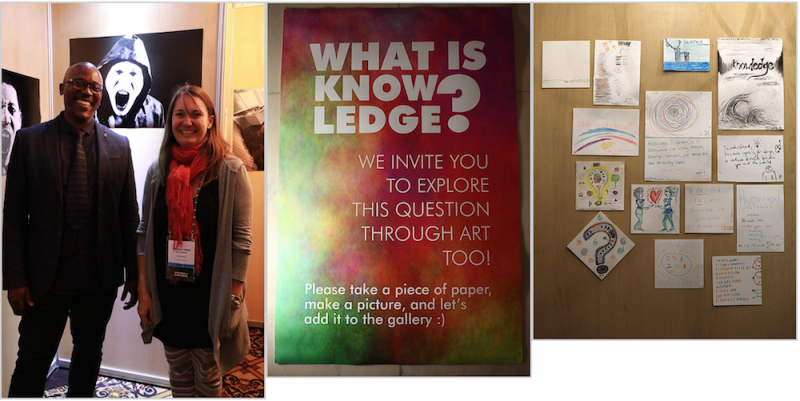 Art exhibition at Wikimania exploring knowledge around the world. Photo used with permission.

We’re excited that our #DecolonizeTheInternet conference spotlighted many issues of knowledge and representation online. And beyond Wikimania, the discussion got some global attention as well! Anasuya spoke with the BBC about the gaps on Wikipedia, and her interview became a radio highlight on the BBC website.

[…] I wrote four lines with eleven citations or references to extremely reliable sources and within five minutes the article of this African feminist was marked for speedy deletion, because the Wikipedia editor who was looking at this article felt they didn’t know the references, […] because it wasn’t the New York Times or Der Spiegel that I was quoting. I was quoting a Nigerian newspaper, or a set of a very well known social justice websites […]. So therefore, when you don’t in your own mind have a sense of reliability based on the world that is outside Europe and North America, then you don’t feel that sources coming from those parts of the world are credible.

You can listen to the full recording here [7].