Is it possible to decolonize the Commons? An interview with Jane Anderson of Local Contexts – Part 1 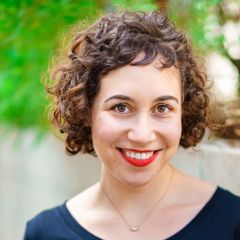 This article was written by Jennie Rose Halperin and originally appeared on the Creative Commons Blog. This first part in a two-part series is republished under a CC BY 4.0 license.

Joining us at the Creative Commons Global Summit in 2018, NYU professor and legal scholar Jane Anderson presented the collaborative project “Local Contexts,” “an initiative to support Native, First Nations, Aboriginal, Inuit, Metis and Indigenous communities in the management of their intellectual property and cultural heritage specifically within the digital environment.” The wide-ranging panel touched on the need for practical strategies for Indigenous communities to reclaim their rights and assert sovereignty over their own intellectual property. 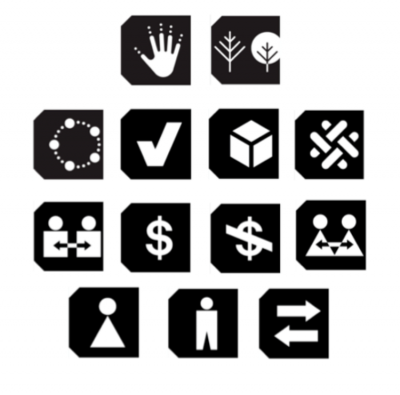 Anderson’s work on Local Contexts is a collaboration with Kim Christen, creator of the Mukurtu content management system and Director of the Center for Digital Scholarship and Curation at Washington State University. Local Contexts is both a legal and educational project that engages with the specific challenges and difficulties that copyright poses for Indigenous peoples seeking to access, use and control the circulation of cultural heritage. Inspired by the intervention of Creative Commons licenses at the level of metadata, the Traditional Knowledge Labels recast intellectual property as culturally determinant and dependent upon cultural consent to use of materials.

How can we have an open movement that works for everyone, not only the most powerful? How have power structures historically worked against Indigenous communities, and how can the Creative Commons community work to change this historic inequality?

Jane Anderson discussed these issues as well as some of her more recent work with the Passamaquoddy Tribe in Maine with Creative Commons.

Creative Commons (CC): Your project recasts the Creative Commons vision of “universal access to research and education and full participation in culture” through a local and culturally determinant lens. How is the vision of Local Contexts complementary to the CC vision, and how does it come into conflict?

Jane Anderson (JA): The Local Contexts initiative began in 2010 when Kim Christen and I started to think more carefully about how to support Indigenous communities to address the immense and growing problems being experienced with copyright around Indigenous or traditional knowledge. We had both been working with Indigenous peoples, communities and organizations over a long period of time and had increasingly been engaged in a very specific way with the dilemmas of copyright that existed at the intersection of Indigenous collections in archives, libraries and museums. We were able to see more clearly the ways in which copyright has functioned as a key tool for dispossessing Indigenous peoples of their rights as holders, custodians, authorities and owners of their knowledge and culture.

Combining both legal and educational components, Local Contexts has two objectives. Firstly, to support Indigenous decision-making and governance frameworks for determining ownership, access to and culturally appropriate conditions for sharing historical and contemporary collections of Indigenous material and digital culture. Secondly, to trouble existing classificatory, curatorial and display paradigms for museums, libraries and archives that hold extensive Indigenous collections by finding new pathways for Indigenous names, perspectives, rules of circulation and the sharing culture to be included and expressed within public records.

Our initial impulse was to craft several new licenses in ways that incorporated local community protocols around the sharing of knowledge. Pretty quickly however we ran into a significant problem: with the majority of photographs, sound recordings, films, manuscripts, language materials that had been amassed and collected about Indigenous peoples, and that were now being digitized, Indigenous peoples were not the copyright holders. Instead, copyright was held by the researchers, missionaries or government officials who had done the documenting or by the institutions where these materials were now held. Or – at the other end of the spectrum, these materials were in the unique space that copyright makes – the public domain. This meant that not only did Indigenous peoples have no control over these materials and their circulatory futures, they also could not apply any licenses – either CC ones or ones that we were developing. This was a problem that we responded to by developing the TK Labels.

CC: Why is it important to problematize the ways in which universal access can undermine cultural participation, particularly for traditionally marginalized groups?

JA: Local Contexts is an effort to initiate questions about how ideas of the universal operate by pointing to sites of difference and locality, especially in how knowledge is shared, circulated and expanded. The vision of Local Contexts emphasizes specificity – that the circulation of knowledge and culture depends upon relationships and context – and if these relationships are formed unevenly, or privilege one cultural perspective above another, then that inequity continues to create a range of future problems.

One of the motivations behind Local Contexts, and this is an interesting question for Creative Commons to consider as well is: what would it look like if we invested time and support to Indigenous communities who have been disproportionately affected by colonial property laws – including copyright. How does access and openness perpetuate a colonial agenda of taking? And what can be done to change this direction? Where does the Creative Commons community come in to help think through these issues in conversation with Indigenous peoples and through Indigenous experiences? Is it possible to decolonize the commons? What would it look like to imagine a commons that is not totally open, but one that has an informed and engaged approach to openness; one that foregrounds the histories and exclusions embedded within calls for openness and open access. What would it mean to ask questions about the privilege that openness calls for and embeds?

We believe that Local Contexts is one of many efforts that are needed in order to take on this expansive problem. If you start thinking about what kind of information has been taken (through unethical and inappropriate research practices for instance) from Indigenous peoples, communities, lands and territories – and how this has been done without consent and permission, it is possible to start seeing the extent of the problem. For example, Indigenous names have been used for names of cars (Cherokee); for software (Apache); for varieties of strawberries (Sto:lo). For Indigenous peoples, names are not just words in common, they have embedded temporal and relational meanings including integral connections to place. For Indigenous peoples, names matter and are not open for others to use in ways that minimize and reduce them for commercial gain. How have settler-colonial laws and social frameworks created the conditions where no permissions are required to use Indigenous culture? What is the impetus to use Indigenous culture in these ways? Who benefits from using these exclusionary and extractionist logics?

The second part of this interview will be published early next week.