The case of Coopelesca in northern Costa Rica 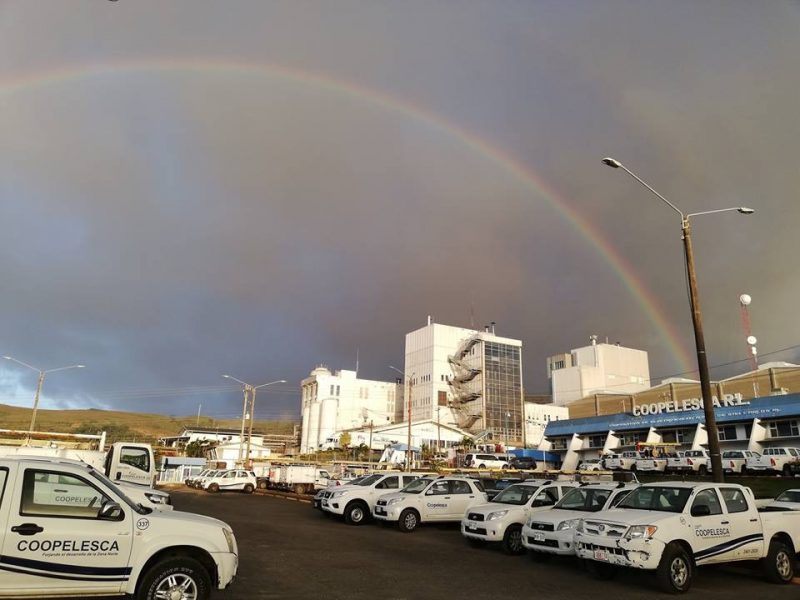 Photo by Coopelesca, Costa Rica and used with permission.

This country report was written by Kemly Camacho of the Cooperativa Sulá Batsú. Please visit the GISWatch website for the full report which is also available under a CC BY 4.0 license.

This report focuses on the cooperative model used to develop community-run electricity services in Costa Rica as a possible business model for community networks in Latin America. It is based on the 53 years of experience of electricity cooperatives in Costa Rica, which, 10 years ago, started to expand their field of action to provide access to the internet and value-added digital services to the rural populations of this country.

Coopelesca is one such cooperative with a long history in the country. It serves the northern zone of Costa Rica. Its history is similar to that of the other three electricity cooperatives in the country which were also started at the same time: Coopeguanacaste, Coopesantos and Coopealfaroruiz, all of which have grouped into a cooperative consortium called Coneléctricas.The consortium shares energy reserves and the benefits of technology transfer and also engages politically and purchases goods and services as a group.

The context in which the cooperatives started

It is important to highlight some relevant aspects of the Costa Rican context. Electricity was defined as a universal service provided by a public institution based on a solidarity model in 1949. From then until now, it is still a state service provided by the Costa Rican Electricity Institute (ICE), which develops the electricity infrastructure and provides services across the country.

However, not all of the country could be connected at the same time. Coverage had to be planned by zones. In four rural regions, the population decided to organise themselves to develop their own electricity infrastructure, administered by the communities themselves, to provide services to communities. This was so that the communities could have electricity without having to wait until their zones could be connected to the national electricity grid. As Coopelesca put it: “Here people lived off milk production and its derivatives. Families understood that electricity would generate a high added value to production, and that is why they organised.”

Consolidation of a technology cooperative organisation

In 1965, the Coopelesca cooperative was created by 365 members from the communities with a contribution of 25 Costa Rican colons (USD 0.0005 today) each. The total capital was around USD 80 at the beginning. They used this money to hold raffles and livestock auctions to raise money so that they could provide electricity to the communities. The cooperative has been strengthened and grown enormously. It is currently made up of 85,000 members, with 92,000 electrical connections.

Since electricity is the responsibility of the Costa Rican state, the cooperative had to negotiate a concession from the government so that 10% of the national territory would be electrified by Coopelesca. The total electrification of this entire territory was achieved in 2014, that is, 49 years later. This has been made possible by the effort of the people grouped together in the cooperative.

It is important to note that the coverage of the territory was complex due to its geography. For the electrification of each community, the cooperative had to open trails to be able to set up the infrastructure, then those trails were converted into community roads to provide maintenance to the infrastructure created. This had a knock-on positive impact in the territory: with the opening of the roads, access to health, education and markets, among other things, was increased, and development generally was accelerated. This has resulted in a rural area with greater access to opportunities.

This is another important aspect to highlight as a lesson learned: the cooperative model is a company that prioritises the development of the territory and the well-being of its members over the interests of capital accumulation. These principles are also relevant to the development of community networks.

Ten years ago an important discussion was started in the cooperative on the convenience of incorporating information and communications technology (ICT) features as part of its services. This meant offering access to the internet and to digitally value-added services. 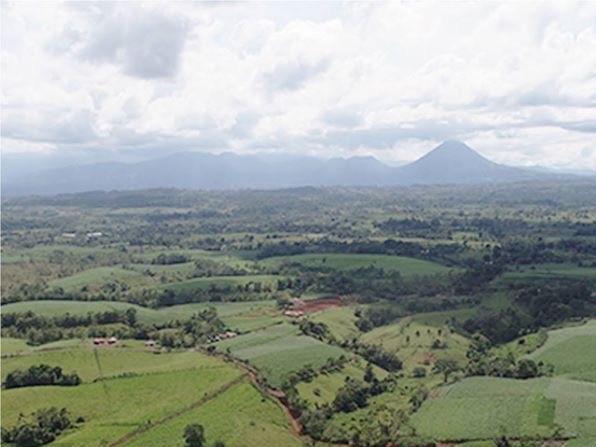 Photo provided by Coopelesca, Costa Rica and used with permission.

On the one hand, there were members of the cooperative who indicated that Coopelesca should focus on strengthening electrification services instead. They argued that connectivity must be left in the hands of the main telecommunications companies (Movistar, Claro and Kolbi). On the other, there were those who proposed that the cooperative take advantage of the infrastructure it already managed to realise the community’s rights to access internet services. This group also argued that it would be impossible for the telecommunications market to offer connectivity in many parts of the area that Coopelesca serves because the cost-effectiveness ratio was so poor – it implied making high investments on infrastructure for very small markets. “This is exactly why there had to be differences between technology access for the users in the central zone of the country compared to the most remote areas,” Coopelesca stressed.

Through a majority vote, the members decided on the second abovementioned option. To be able to finance the connectivity, it was decided to include an additional amount of 500 Costa Rican colons (approximately 1 USD) on each electricity bill sent out to the members in the community. This surcharge was a contribution to capital – if a member withdrew from the cooperative, his/her capitalisation would be returned. This contribution to capital was accumulated to develop the necessary infrastructure for the connectivity of the most remote populations that did not have other alternatives.

The concentration of members is at the centre of the rural area. Even though they already have internet connectivity, they still contribute this monthly amount. The resources are then spent on connectivity for the more distant areas, for example, to 12 peasant settlements that could not have the connectivity service without the cooperative support. This, which we call the “solidarity model”, is another of the principles that are applied in cooperatives that should be fundamental for the development of community networks. In this model, everyone pays to achieve the development of the most vulnerable.

Cooperatives that provide internet and related services are regulated at the national level by the National Superintendency of Telecommunications, so the prices and costs are monitored by the state. Even cooperative members are free to choose an alternative service provider for connectivity or landline or mobile services, which means that prices should remain competitive.

It is important to mention that Coopelesca is a large cooperative whose employees are resident in of the rural areas that it serves. The cooperative has been concerned to consolidate a very high technical capacity among its employees over the more than 50 years of its operation – and the same can be said for all the cooperatives that are part of the Coneléctricas consortium. Many of them, as in the case of Coopelesca, created and manage hydroelectric plants or, as in the case of CoopeSantos, they have wind power generation projects. It is the rural inhabitants themselves who have created these projects, securing credit from the government and banks, supported them with technical assistance, and run them according to solidarity business models, among other aspects. The people in these communities are trained in relevant engineering aspects, as well as in the basic management of hydroelectric plants or electrical issues such as the maintenance of wiring.

Not everyone in the community understands the technical details of setting up a connectivity project. However, any new project or investment must be approved in the general assembly of the cooperative where each member (male or female) has the right to one vote, guaranteeing that the ownership and investment are collective. It is important to mention that it is the decision of the assembly that the business model used in the cooperative is based on solidarity principles, but also that it must be profitable so that its services can be rolled out to unconnected areas. With unprofitable business models this would not be achieved – in other words, the cooperative would not be sustainable.

How is this relevant to community networks?

Three aspects are important to highlight and must identified as good practices when talking about community networks:

In other words, community networks must be autochthonous, autonomous and independent.

With these as basic principles the following can be highlighted about the development of community networks from considering the Coopelesca experience:

Finally, the model of electricity cooperatives developed by community networks should be supported and replicated in other parts of the country, mainly in rural areas. Currently, its coverage is in four rural areas where it has been shown that the model not only works, but it also has an impact on social development generally.

For more information regarding action steps for Costa Rica, please visit the full report on the GISWatch website.

Suzanne Lehn assisted with the preparing of this republication.