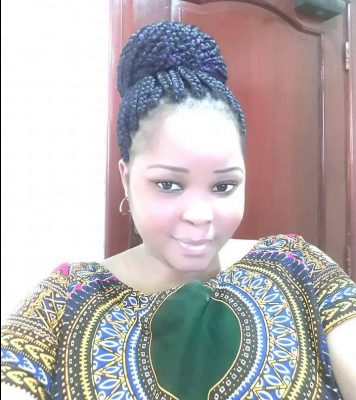 In 2019 as part of a social media campaign to celebrate linguistic diversity online, African language activists and advocates will be taking turns managing the @DigiAfricanLang Twitter account to share their experiences with the revitalization and promotion of African languages. This profile post is about Zaituni Njovu (@Zaituni_Njovu) and what she plans to discuss during her week as host.

My name is Zaituni Njovu from Dar es salaam, Tanzania. My background is in Education and Information Technology. I am a founder of the Zaina Foundation in Tanzania, and our organization empowers women in technology. Our current projects are digital security awareness and digital rights in different groups of women and human rights defenders in Tanzania. We are also partners with Localization Lab in translating some of technological tools into the Swahili language. We recently finished translation of the Signal mobile app into Swahili and now we are working on localizing the Tor Browser.

My Swahili language on the internet is not very famous, and there are not many tools available in Swahili. You may find only few tools available like Google and Facebook, so more efforts are needed to make my language available online. Offline, we have many speakers nowadays – more that 72 million in Africa and the number is still growing due to up and coming Swahili speakers. There is the spread of the Swahili language among African countries and even outside Africa.

To support the majority of people from Swahili community who can't speak or read English to use technology. Most of the tools are in English hence many people are left behind. Also I need to empower women to use technology because most of them they have never been to school and have been left behind in technology. Thus in our localization sprint, we involve women with 80% participation of women. I hope to spread the Swahili language into the world and my dream is to have all technological tools available in the Swahili language.