“We can't just sit back and wait…”

Indigenous, black, and campesino communities in Colombia meet their own communications needs with community networks 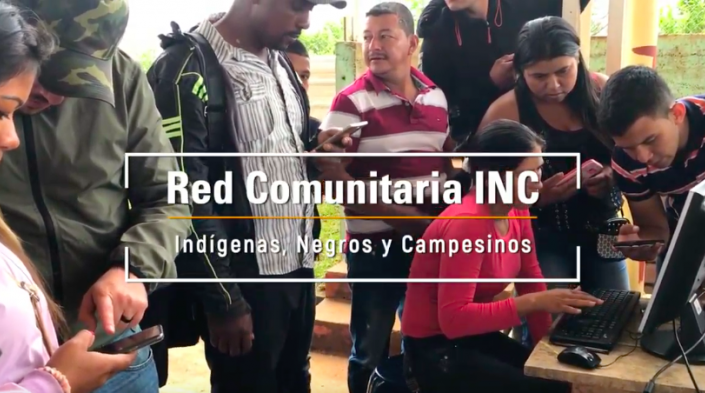 The “digital divide” in Colombia is particularly wide in rural communities, since service coverage, especially cellular mobile service, is concentrated in urban centres. In September 2017, communities in the municipality of Buenos Aires, located in the department of Cauca, decided to confront this situation by planning and developing their own communications network. After years of suffering the violence of armed conflict and with the arrival of the peace agreements, “the time had come for indigenous, black and campesino communities to work towards having our own infrastructure,” they stated.

“It's the 21st century and we are just barely becoming familiar with new technology in our community, because of the neglect of the state, and that is a very sad situation,” said community leader José Robinson Ordóñez. For his part, former FARC combatant Boris Guevara stressed: “The most difficult thing has been gaining the trust of the communities, because of so many years of broken promises. We can't just sit back and wait for the government to do these things for us. We have to take the initiative on our own, working on the ground with the communities, and that's what we are doing.”

The project has been carried out with support from the Internet Society and from APC member organisations Colnodo and Rhizomatica. The involvement of the latter two has been fostered through the APC member grant programme (with financial support provided in 2017 and 2018) and the work of the Local Access Networks project.

A gender perspective was strongly emphasised in the creation of the community networks, with women from the communities actively involved from the very beginning, explained Colnodo project leader Lilian Chamorro.

“We met with the neighbouring communities to think about the communications needs in the area and we learned from them about the lack of cellular network coverage in the communities,” she added.

This video demonstrates how the community wireless networks collectively built and maintained by th communities themselves have improved the quality of life for everyone.