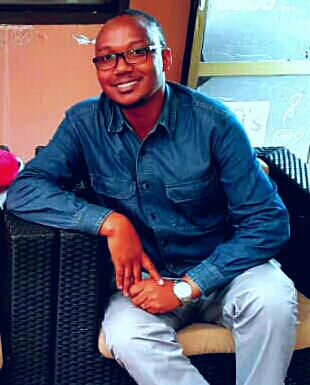 In 2019 as part of a social media campaign to celebrate linguistic diversity online, African language activists and advocates will be taking turns managing the @DigiAfricanLang Twitter account to share their experiences with the revitalization and promotion of African languages. This profile post is about Christian Bwaya (@bwaya) and what he plans to discuss during his week as host.

I am an editor and volunteer translator for Global Voices in Swahili. I joined Global Voices in 2009 and translator hundreds of posts into Swahili. I work at Mwenge Catholic University, Tanzania as a lecturer in social psychology and early childhood education. I also work as a consultant in child protection and safeguarding to defend children against all forms of abuses. I write weekly columns in Tanzania daily about parenting, language and learning and social behaviors. I am passionate about Swahili growth on line and that explains why I consistently use Swahili in all my digital writing.
Twitter: @bwaya
Blog: http://bwaya.blogspot.com

We do not know the exact number of Swahili speakers. However, it has always been argued that Swahili is the Lingua Franca of Eastern and Central Africa.

It’s a national language in Tanzania, Kenya, Uganda, DRC, Rwanda, Burundi and the Comoros. It is therefore estimated that Swahili is spoken by over 150 million people. It is now the official language of African Union and East African Community.

Online, Swahili is widely used in different platforms. It is now on Google translation (though not as perfect), Facebook is translated into Swahili etc. Efforts to increase its visibility online are required.

Kindly see what I said here in this interview.

I believe that intellectuals in East Africa will change their mindset and would start feeling proud to identify themselves with Swahili. I believe that one day intellectuals will be able to use Swahili as their medium of communication in the online platforms and feel happy about that. If this happens, we will one day have Swahili as Language of Instruction in Tanzania and beyond.