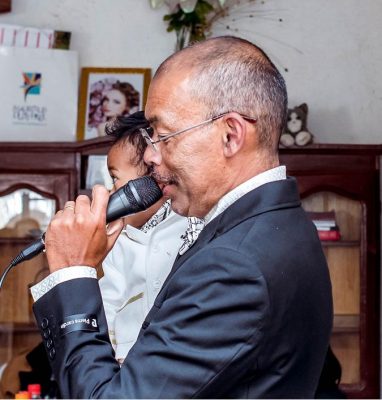 In 2019 as part of a social media campaign to celebrate linguistic diversity online, African language activists and advocates will be taking turns managing the @DigiAfricanLang Twitter account to share their experiences with the revitalization and promotion of African languages. This profile post is about Andriamifidisoa Ny Haja Zo (@jentilisa) and what he plans to discuss during his week as host.

My full name is Andriamifidisoa Ny Haja Zo known online as Jentilisa. There was a time I wrote intensively on diaries so that my brother gave me advice to create a blog and I did, I am still a blogger and I won a 2007 Best of Malagasy Blog (on Malagasy language category) organized by Foko-Madagascar. One of the jury wrote on her blog that seeing and reading on my blog posts I should be a journalist. I write mainly in Malagasy. But before that, during my childhood, I had a passion to read some old papers in Malagasy of early twentieth century that was under French colonization. Maybe it was the reason why I like the language of my ancestors. I am a Translation Manager for Global Voices in Malagasy. I was invited by a fellow citizen to join Global Voices in 2007 and I have been translating thousands of posts since then.

From my point of view, Malagasy language has a presence on the Internet (mainly on Facebook), but we have to increase its visibility online. It's a national language of Madagascar. There are about 25 million of Malagasy speakers around the world. They use it in everyday life, at home, at work, in the market and so on. Unfortunately in Madagascar, no one can apply for a job in this language even to be a caretaker or a security guard and you have to write in French when you write out a check. It's a barrier of the development of Madagascar to force people to speak French since most of people doesn't master it at all and since Malagasy language is not recognized at its value.

About Malagasy language in general of course. Its origin, its history, and its development. The online Malagasy language too has its own history, I know some of them and I will share them with others. I may talk about the History of Madagascar too, and some of its culture. You know I love History very much and I'm always looking for a bit of it, mainly the history of Madagascar and its people. Even though I write principally in Malagasy, I will especially write in English and French too during this week.

These are main motivations for my digital activism for my language :
- My wish to increase the visibility of Malagasy language online,
- To let people know they can use every language they know even if few people would understand
- To pass the flame of loving the language of my ancestors
What about my hopes and dreams for my language:
- Every Malagasy people will use his/her language of his/her ancestors online, has the pride of using it especially on Twitter.
- The Malagasy language fully integrated for the development of Madagascar, for example in banking system.