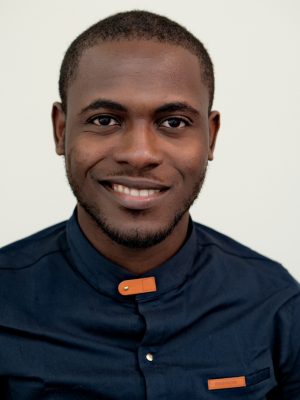 In 2019 as part of a social media campaign to celebrate linguistic diversity online, African language activists and advocates will be taking turns managing the @DigiAfricanLang Twitter account to share their experiences with the revitalization and promotion of African languages. This profile post is about Sam Oyeyele (@samoyeyele) and what he plans to discuss during his week as host.

I became a Wikipedia editor in 2011, due to my keenness in wanting to share the knowledge that I have. Since I joined the movement, my main aim has been to solve the content gap and the systemic bias on the internet about Nigeria, and the African continent at large. Over the years, my participation in the movement has grown to be broad and multifaceted, with the need to take on community leadership roles in different capacities and scope.

In 2015, I started the Nigerian Wikimedia Affiliate, along with 3 other community members and I was in charge of Outreach efforts for the affiliate for more than 3 years. I have organized events, workshops, campaigns, contests, etc, at the national level, in order to get Nigerians to know more about Wikipedia/Wikimedia and to contribute to it in different ways that they can, including in their local languages.

I recently started a continental project, called “The AfroCine Project“, which has been involved in solving this content gap problem through African cinema, theatre and Arts. We aim to get content around this topic area to be readily available online and to be easily accessible in different formats and languages.

My local language is Yoruba. It is one of the 3 major languages in Nigeria. While it holds an important status at the national level, the digital support for this language is greatly lacking, and there needs to be a conscious effort; from the Nigerian Government and from relevance institutions to develop the necessary language infrastructure, so we can ensure that people can easily write using this language, and consequently read in the language. Tech companies (ie computer and smartphone manufacturers) also have a role to play in ensuring that people can communicate and access information in this language.

I plan to talk on the importance of deliberately focusing to preserve Nigerian local languages in general. I would then talk about the challenges that Yoruba faces, both in the current Nigerian educational system and on the global digital scene. I would also try to suggest possible solutions, but I would most probably solicit solutions from the public and then comment and share. I intend to make my management of the handle to be as interactive as possible. I don't want to only echo my own thoughts, but rather to start a discussion and seek a common solution to these issues.

As stated already, the main motivation for this, is because I want to see a world where people can learn and share knowledge in Yoruba. I want to see the current chronic language inequality eradicated from the world. My hopes and dreams for Yoruba is for the language to achieve the same mainstream penetration and digital support that western languages currently enjoy.