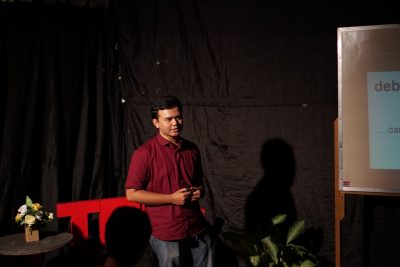 Each week, the upcoming host will answer several questions about their background and will give a brief overview of their language. This Q&A is with Ramzy Muliawam (@muliawanramzy [5]) who will provide a sneak preview of what he will be discussing during his week as host.

Minangkabau language is primarily an oral language with limited written tradition. As a major branch of the Malay language, it was previously written in the Jawi script before the arrival of modern Latin script. Despite the Latinization, there has been no widespread effort to actually write in the Minangkabau language; in real life, a condition of diglossia exists between Minangkabau and Indonesian, and literature remains in a scarcely oral form. On the Internet, the Minangkabau Wikipedia is one of the first effort to develop a modern writing tradition in Minangkabau, and in the past five years we have seen a hopeful growth of interests towards a more robust written Minangkabau.

I plan to cover the dilemmas. A lot of Minangkabau people even doubt that one can actually write in that language, and it was one of the first challenges of Minangkabau Wikimedians. I plan cover the various dialects and forms of oral Minangkabau language and how to write it, as well as the history of Minangkabau linguistic and literature tradition. Last but not least, I plan also to focus on the Minangkabau Wikipedia, as well as promoting several other online initiatives that promotes the preservation and development of the language.

When I started actively contributing at Minangkabau Wikipedia, I was more or less motivated by curiosity: for a language that is so rich and diverse in its spoken form, how it is almost impossible to write it? I am still most excited about developing a writing tradition for an oral language for the sake of its preservation and livelihood. In the future, I hope that more Minangkabau youths would write in their language; not only about their cultures, food, or customs, but also about all other things in the world.