Museums of the mind: Why we should preserve endangered languages 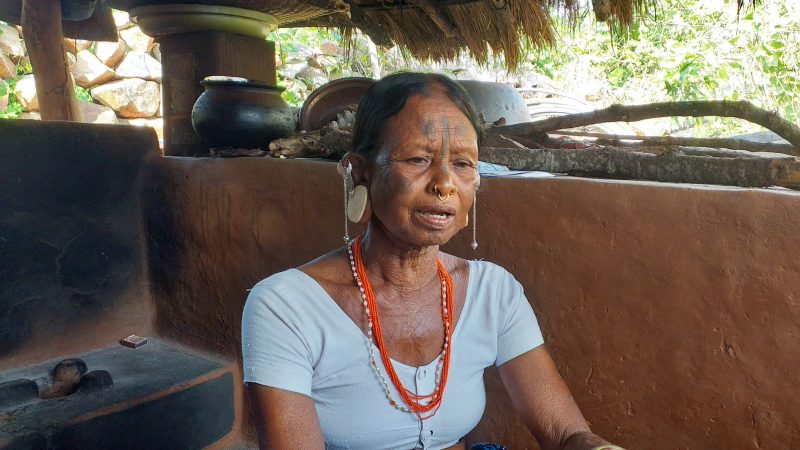 Eranti Dolbera is a speaker of a threatened tribal language known as Lanjia Sora, spoken in Rapjingtal, India. Photo by Opino Gomango for Living Tongues Institute for Endangered Languages as part of a Sora documentation project. Used with permission.

Mrs. Dora Manchado, the last speaker of Tehuelche, passed away on January 4th, 2019, at the age of 86. She was well known in her native community in Patagonia, and beloved by many. Linguistic anthropologist Javier Domingo worked with Mrs. Manchado during the last few years of her life, recording her speech and also becoming a close friend. Upon her passing, he noted, “Dora Manchado was regarded as the ‘last speaker’ of Tehuelche as well as the spirit of the Tehuelche ethnic recognition and revival. She knew perfectly well that language is not only about interaction, but also about trust, complicity […] and sharing with others. Thanks to the recordings she made, the rest of the community members now have, if they want, the possibility of affirming their past and reconstructing their identity.”

Known locally as aonekko ‘a’ien, the future of the Tehuelche is now in the hands of several dozen community activists in Patagonia who seek to keep the language alive through local meet-ups, learning groups and immersive cultural activities. But without any remaining fluent speakers, the future of Tehuelche remains uncertain.

Why are languages important?

Languages are a living manifestation of humanity’s long history on this planet. Reaching across time like a tapestry weaving generations together, languages transmit centuries of accumulated wisdom related to human adaptation and survival. They contain vital information related to land management, subsistence patterns, kinship and social relationships, local customs, cosmology and much more. Every language represents a unique way of interpreting and conveying the human experience in a specific cultural and environmental context. Languages are ever-evolving—they are shared museums of the mind. Nor are they static; they adapt and change over time, depending on the speakers’ expressive needs and social context.

Each human language has its own rules, its own sound patterns and its own ways of structuring information for ease of communication and comprehension. A language is not only a lens through which one perceives the world, but a vehicle one actively uses to navigate it. A language is a doorway that accesses the human imagination. Sayings, poetry, song lyrics – all are possible because of the expressive power of language. Proverbs, idioms and jokes reveal the subtle nuances of a culture through rhythm, rhyme and punchline. A language’s creative potential goes beyond the lifespan of a single individual. It is the sound of a collective soul that lives and dies within each speaker. When a language is transmitted to a subsequent generation of speakers, its soul keeps on living. When a language ceases to be spoken and transmitted, its essence effectively fades away. Without systematic documentation, there is little evidence left that the language even existed at all.

So many languages, so little time

There are over 3,000 threatened languages in the world, many of which may disappear by 2100, or sooner. While it is natural for languages to come and go over time, we are currently living through a period of steep decline in linguistic diversity. Recent studies indicate that one language goes extinct every 3.5 months, which means that several times every year, the last speaker of a language passes away, and there are no new speakers to take their place. Once a language is gone, it is very difficult to bring it back, although it’s not impossible. Language reconstruction and revival can be accomplished through access to legacy materials and recorded resources.

Why do languages die? Language shift and language death are complex processes that play out differently depending on the history, geography and socioeconomics of a place. For each language and its dialects, the story is a bit different, but many of the overarching factors are similar.

Language endangerment is related to the loss of ancestral identity, resulting from the long-term impacts of colonization, systematic oppression and cultural assimilation by dominant groups. Language survival is therefore also about cultural survival and transmission from one generation to the next. But it can be difficult to overcome the heavy toll of subjugation by colonial forces, dispossession of traditional lands and lifeways and other factors such as infectious diseases and warfare. Also contributing to the erosion of languages over time are the ripple effects of racist and discriminatory policies that seek to stamp out cultural and linguistic diversity in favor of a unified national identity under one or few languages.

Languages in the public eye

We live in a crucial time for language preservation. With sustained grassroots efforts, public support and funding for language training and immersion programs, visibility in the media, and status recognition by local and federal governments, endangered languages may have a chance of reversing their decline and stabilizing. Sustaining endangered languages involves transforming the ways speakers of these languages are perceived in their own communities, how the languages are portrayed in the local and national media, and how the matter is treated by governments.

Languages are a fundamental right and are the cornerstone of humanity’s diverse cultural identity. Speaking a dominant language does not mean that communities have to give up the right to maintain and promote their ancestral language. But for some languages whose last fluent speakers have passed on, adequate documentation is key for revitalization.

In the case of the Tehuelche language, Mrs. Manchado’s recordings now provide a window into the past, but also lay a framework for the future revival of the Tehuelche language among her people. On one of the last nights that anthropologist Javier Domingo spent working with her, Mrs. Manchado said, “Aio t nash ‘a’ieshm ten kot ‘awkko” – maybe tomorrow someone will speak in Tehuelche.