Exclusion in access to public information for marginalized groups in India

The current system is creating further exclusion for many people 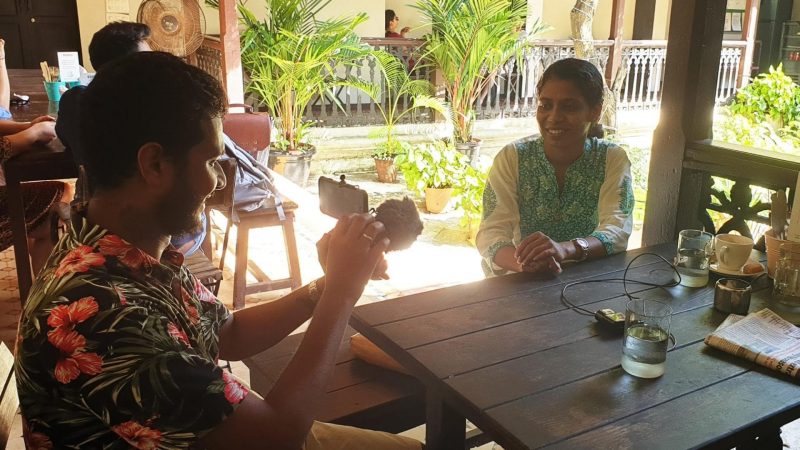 Digital identity programs are touted as a way for governments to streamline their processes and provide services to their citizens in a more efficient manner. However, in India and around the world, these programs are surfacing questions about digital rights and social exclusion because of the potentially life-altering consequences they have in people's lives.

India's Aadhaar is a 12-digit unique identity number that the residents are expected to enroll in and obtain by providing their biometric and demographic data. Though Aadhaar is yet to be mandated for all the citizens in the Indian constitution by the supreme court, various social welfare benefits are already linked with it and public and private institutions have already started to make use of Aadhaar as a de facto authentication identity. Aadhaar raises the concern of endangering human rights, particularly privacy and security, and has been criticised as a tool for mass surveillance. Serious issues of common people being denied their rights include refusing school kids free lunches when they fail to produce their Aadhaar.

What does an ordinary member of the public go through while accessing vital information provided by the Indian government? What if this person in question is either a monolingual speaker of an indigenous language that is not the official language of their region or is illiterate or has a visual impairment or is subject to any kind of systemic oppression?

To research access to public information in India from the lens of social exclusion, indigenous and linguistic rights, disability and technical hindrance, Subhashish Panigrahi conducted interviews with marginalized communities and other stakeholders (from linguists, activists and technical experts) that are key to the digital identity discourses.

India is home to the largest number of indigenous peoples in the world. 22% of the country’s terrain is home to 705 indigenous groups (about 104 million constituting 8.6% of the population as per the 2011 Census). These groups speak more than 419 different languages and most of these languages are oral in nature. Out of the 780 languages spoken across India, only 22 are officially recognized by the constitution. This recognition is critical in that it enables them to be used for governance. Though some from these 419 languages are multilingual, many are not. The official Aadhaar website (uidai.gov.in) is currently partially-translated into 12 out of the 22 official languages, with no inclusion of even one indigenous language.

Article 2 of the Universal Declaration of Human Rights…identifies access to information in one's own language as a fundamental right.

Article 2 of the Universal Declaration of Human Rights, a 1948 document that was drafted by representatives made up of diverse legal and cultural backgrounds identifies access to information in one’s own language as a fundamental right.

In a recent interview, noted linguist Dr. Mandana Seyfeddinipur – who heads the Endangered Languages Archive (ELAR) at the School of Oriental and African Studies (SOAS), University of London – said, “you cannot send out a pamphlet in majority languages during an emergency due to an epidemic”. She further emphasized by providing the example of the 10-12,00 people that live in a 10 km2 area in Lower Fungom region of Cameroon who, on a daily basis, speak about nine languages. When Dr. Seyfeddinipur identifies the issue of creating and updating information in the 7,000 languages spoken in the world, she emphasizes the need to identify the language that each community of an administrative region understands—indigenous or a majority language—while developing public information.

While Aadhaar gradually becomes the go-to authentication system in both government and private sectors, the official website currently has no audio-based information available to help indigenous oral language speakers or people with illiteracy. This represents not just a linguistic barrier but also a digital accessibility hindrance. It is important to note that India is home to the world’s largest number of people (15 million) with visual impairment and screen readers that help people hear the text while accessing text-based information that is absent in the majority of the languages.

The lack of linguistic and digital accessibility resources constitutes a large part of the initial field research in India.