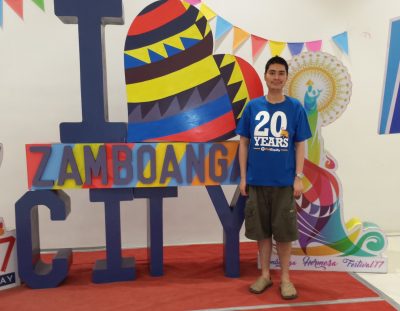 Each week, the upcoming host will answer several questions about their background and will give a brief overview of their language. This Q&A is with Jerome Herrera (@jeromecherrera) who will provide a sneak preview of what he will be discussing during his week as host.

I started to take interest in my mother tongue when I began to self-study Spanish and I discovered the many glaring similarities between the two languages. This led to a journey of discoveries, a journey filled with awe as I learned how different languages, time, and people shaped the modern Chabacano de Zamboanga language.

Aside from the Chabacano language and personal finance, I am also an advocate of donating blood regularly. Last August 2018, I received the Blood Galloner award from Red Cross.

Online, there is much interest in the language driven by nostalgia among those who are part of the Filipino diaspora. Offline, we are seeing a decrease in Chabacano speakers due to preference for other languages such as English and Filipino (the Tagalog based Philippine national language.

I want the youth to feel proud of the Chabacano language because there is a sentiment among them that to speak Chabacano is cursi or uncool.

My hope is that one day Zamboangueños will understand and appreciate the importance of the Chabacano language and its significant place in the world stage as well its very unique and colorful history.