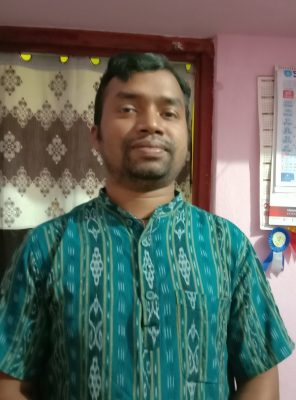 Each week, the upcoming host will answer several questions about their background and give a brief overview of their language. This Q&A is with R. Ashwani Banjan Murmu (@ashwanimurmu) who will provide a sneak preview of what he will be discussing during his week as host.

The Santali Language is the one of the official languages of India, which means that it is included in the 8th Schedule of the Constitution of India. This language is spoken in the eastern part of India (mainly by the Santali people in Odisha, West Bengal, Jharkhand, Assam) as well as in the neighboring countries of Bangladesh and Nepal. Offline, the language has good number of writers and authors but there is a wide gap between its online and offline users and authors. Though people have started using their own language in social media and on the internet, there are very few avenues in online platforms for Santali language. The Santali language script is called Ol Chiki and is included in the Unicode standard. There are two websites of the government of India in Santali language and one and a half years ago, Wikipedia in Santali language was launched. Recently, Global Voices has released a Santali language site. Story Weaver is an online platform where authors are writing stories for kids.

During these seven days, I will try to focus on the journey of the Santali language as well as highlight the issues and challenges the language is facing.

“A language needs to go with the times and be at par with other mainstream languages of the world, otherwise it can’t grow and sustain itself forever,” this thought has motivated me in digital activism for my language. There are lots of hopes and dreams for my language. Santali language has a long way to go in digital activism. I expect that more and more people of my community will join online platforms for revitalization and growth of this language. I would also like to appeal to the rest of world for meaningful support to all the endangered and small languages of the world which are struggling to survive.