Zaman will manage the @AsiaLangsOnline account during July 29-August 04, 2020 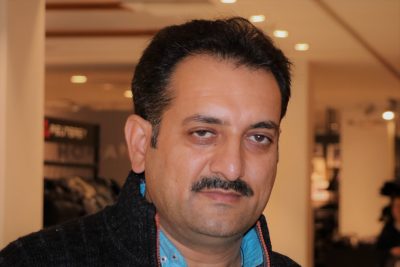 Each week, the upcoming host will answer several questions about their background and give a brief overview of their language. This Q&A is with Muhammad Zaman Sagar (@zamansagar) who will provide a sneak preview of what he will be discussing during his week as host.

I started language documentation work in 1992 as a teenager. My first teacher, mentor and coach was Dr Joan Baart, who came from the Netherlands to work on this language. I started out as a language and research assistant when I was still a high school student.

After a few years, I formed a spelling committee along with some other educated people from the community, and soon we came up with our own writing system. We have also started publications in this language and the organisation quickly grew in popularity in the Gawri language community.

In 2003, I joined an organization called Forum for Language Initiatives (FLI), which used to be known as the Frontier Language Institute. At the moment, I am the executive director of a project called Gawri Community Development Programme (GCDP). We have six mother tongue-based multilingual education (MTB-MLE) schools for children and two for adults (male and female). We have also established a library whose catalogue boasts more than 1,500 books.

I am consultant in training for SIL International on literacy and education as well as community-based language development in Pakistan.

MZS: We currently have two websites dedicated to the Gawri language as well as several social media pages, especially on Facebook and YouTube.

MZS: I will touch on the following topics:

MZS: According to Ethnologue, Gawri is classified at level 6b* (Threatened) on the Expanded Graded Intergenerational Scale (EGIDS), which measures the vitality of languages. We want to take it up to level 4 (Educational), described as follows: “The language is in vigorous use, with standardization and literature being sustained through a widespread system of institutionally supported education”. We are trying our best to carry out advocacy campaigns and represent the language on digital media and we've already seen a great change in the behaviour of the speakers. This language has been highlighted and promoted a lot in the last few years.