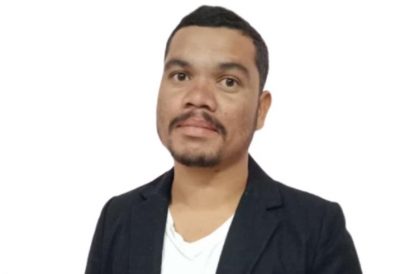 Each week, the upcoming host will answer several questions about their background and give a brief overview of their language. This Q&A is with Veer Keram (@veerkeram750) who will provide a sneak preview of what he will be discussing during his week as host.

Veer Keram (VK): My name is Veer Keram, and I belong to the Gond tribe. I was born and brought up in Madhya Pradesh, in central India. I've graduated with a degree in law from Rani Durgavati University, in Jabalpur, Madhya Pradesh. With Gondi being my mother language, I have always had a keen interest in it. I've been in the field interacting with people who speak Gondi, trying to gather information about the language as well as the speakers. I am currently a part of the Endangered Language Documentation Project which aims at promoting the use of Gondi language.

VK: Gondi is a South Central Dravidian language spoken by about 2 million people belonging to the Gond tribe. Although it is the language of Gondi people, only one fifth of them actually use it, thereby making it vulnerable to extinction. Former Madhya Pradesh Chief Minister Kamal Nath had decided to include Gondi in the primary education curriculum of the state's tribal dominated districts, but the plan has not been put into action until now. The rapid decline observed in the number of Gondi speakers is a matter of grave concern.

VK: During the week that I'll manage the @AsiaLangsOnline twitter account, I plan to focus primarily on the importance of language and why language conservation is the need of the hour in order to protect our identity as well as our culture and our traditional knowledge.

Having said this, I have great hopes and dreams for my language in the future. Language is the vehicle that maintains our identity through generations. It is language that transmits the elements of our culture and traditional knowledge from one generation to the next. I wish for the Gondi language to become mandatory at the primary education level so that the coming generations remain attached to their roots from the very start. I also wish for it to gain recognition in the eighth schedule of our Constitution, which lists India's official languages. Members of the Gond community shall take immense pride in their language and culture.