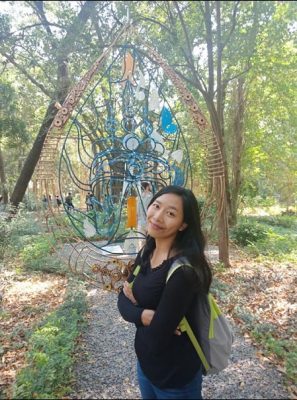 Each week, the upcoming host will answer several questions about their background and give a brief overview of their language. This Q&A is with Rany Phok (@Rany46284843) who will provide a sneak preview of what she will be discussing during her week as host.

Rany Phok (RP): I was born in 1991 in Ratanakiri province, northeastern Cambodia. I've participated in understanding the social issues happening around my community through filmmaking. After completing a documentary film training offered by the Amplifying Voices for indigenous Women and Discriminated Groups project at Bophana Audiovisual Resource Center, I've directed two short films, one of which is about education in the Krung language in Ratanakiri province.

RP: There is limited content in Krung language (គ្រឹង, also spelled Kreung) on the internet, including on social media.

RP: During the week of the campaign, I will discuss the daily life of Krung people and their language use. Among the younger generations of Krung people, many don't want to speak the language and a lot of words are getting lost. Indeed, my documentary film aimed to encourage young indigenous people to use Krung language and preserve it.

RP: Language loss is a big concern because if indigenous people lose their own languages, they lose their identity. Through filmmaking, I am trying to point out issues in indigenous communities in general and to seek any possible solutions. In short, I hope that the Krung language will be shared globally so that everyone will be able to hear its beauty and that Krung people can retain their identity.