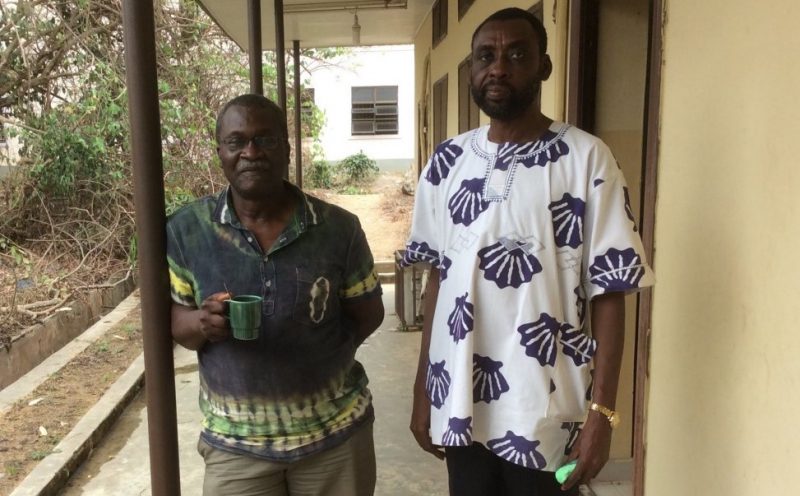 Note: the following are excerpts from a long-form interview conducted by Kọ́lá Túbọ̀sún [1] with Dr. Túndé Adégbọlá [2], the founder of the African Language Technology Initiative (ALT-i) [3]. It is republished on Rising Voices with permission. Click here [4] to read the full interview on Medium.

Kọ́lá Túbọ̀sún (KT): Why did you launch ALT-i? Why did you choose 2004 to do it? What did you hope it would achieve, and how are you doing so far in that aspiration?

Dr. Túndé Adégbọlá (TA): There is a Yoruba saying; Ẹní wẹjú lẹ̀rù ń bà. It approximates in English as “the clairvoyant holds great responsibility”. I realised very early that the computer was going to become an integral part of everyday life and computer skills were going to become life skills. I also realised that language was going to be the last bridge of the digital divide for many cultures of the world. Guided by the Yorùbá philosophy behind the saying Ẹní wẹjú lẹ̀rù ń bà, I decided to contribute to bridging the language gap, which is a rather critical gap of the digital divide for Africa.

As earlier indicated, I had a major career breakthrough as a consulting engineer in 1995. I got the commission to design and build the biggest private television station in West Africa; the Africa Independent Television (AIT). I completed the project in 1997 and concluded that I had made my point in engineering and I should now concentrate on my passion to bridge the language gap of the digital divide for Africa. I therefore decided from then on to concentrate on developing the resources needed for the development of Human Language Technology (HLT) for African languages. I perceived human resources as the most important of these resources and so I decided to build a structure that will support the development of the human, intellectual, hardware and software resources. That was the thinking behind Alt-i which was presented to the public in 2004 as part of the West African Languages Congress which held at the University of Ibadan, Nigeria.

The first thing I did was to formalise my own knowledge of HLT by registering for a PhD in the University of Ibadan. This enabled me to support the University of Ibadan and the University of Lagos by teaching Artificial Intelligence and thereby introducing elements of Human Language Technology to the programs of the two institutions. Even though neither of the two universities has a formal programme in Computational Linguistics, Human Language Technology or Natural Language Processing till date, through the support of Alt-i, between both universities, five PhDs in these fields have been produced within one decade.

KT: As you look at the environment today, what do you think are the biggest issues in African language technology?

TA: In my experience, the biggest issue is the status given to African languages by Africans. Till now, very few African academics see any sense in applying their intellectual resources to the development of technologies for African languages. Many continue to aspire for improved mastery of their colonial legacy languages at the expense of African languages.

KT: In a piece I wrote a few years ago [5], I observed that Siri (and other voice technology solutions) exist in languages as small as Swedish, Norwegian, and Danish, three languages that have joint populations just half of Yorùbá’s, yet no Nigerian languages exist on these platforms. Why do you think this is the case? It’s certainly not because of population or literacy in the language.

TA: There is a person-dollar value of every language. The person-dollar value of a language is the product of the population of speakers of the language and the amount of dollars in the pockets of these speakers. Language is the channel through which all negotiations are made. There is a justifiable perception of a greater need to negotiate with someone with lots of money than one with little or no money. Unfortunately, however, this composite person-dollar value of a language depends to a large extent on the perceived importance of the language, primarily within the speaking community. If a people feel that they can engage in negotiations and transactions in a foreign language, no matter the size of their population and the amounts of dollars in their pockets, the man-dollar value of their language will tend towards zero as the perceived value of their language, primarily within the speaking community tends to zero. All the man-dollar value their language could have accrued goes to the language they prefer to speak. That is the case of Igbo, Yorùbá and many other Nigeiran languages apart from Hausa. Recall that Swedish is the language that produced Ericson phones with just 10 million speakers and Finnish is the language that produced Nokia phones with just 5 million speakers! The population factor can be easily overrated.

TA: Language is the last bridge of the digital divide. Having laid all the marine cables, deployed fibre, installed microwave links and taken advantage of legacy copper networks, there still remains the last six inches of the digital divide, that gap between the terminal equipment and the eyes of the user, which can only be bridged by use of the prefered language of the computer user. African linguists are needed to develop the necessary theories and frameworks required for developing the language technologies that can bridge these gaps in as many as possible of about 3000 African languages.

Language will be the last frontier in our march as humans to make machines understand us. African linguists should set these as their targets and leave the teaching of local languages to graduates of education and leave working in media houses to graduates of Mass Communication. They have more compelling roles in developing more convenient user interfaces for ICT. These require studious modification of curricular and admission criteria.