Indigenous and peasant communities can show us another way 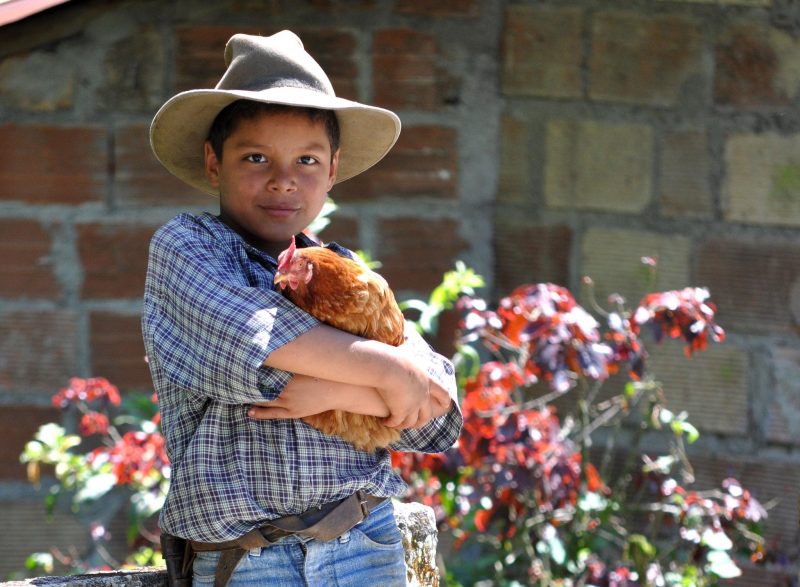 Photograph by Gabriel Vasquez/Flickr (CC BY 4.0)

This article by Erick Huerta Velázquez was originally published on the Comunicares website, and an edited version is published with permission by Global Voices.

During the COVID-19 pandemic, the news, especially that related to the telecommunications sector in which I work, seems to reveal that the post-COVID “new normal” is one where Information and Communication Technologies (ICT) will play a significant role. This is especially due to the most horrifying aspects associated with surveillance, such as artificial intelligence.

It seems that we are able to survive thanks to Amazon or to the incredible possibility that all movements are monitored through our cell phones, or with the help of ICT, children can continue to have classes, no matter if that experience is rewarding or not.

But the new normal doesn't have to be dictated by the monopolies of the information technologies and their discourse about the benefits of 5G, artificial intelligence, and Big Data. The new normal can be one that brings us closer to nature, and the indigenous and peasant communities are great teachers who could help us achieve this.

I am fortunate to work with indigenous communities in Mexico, because of being in quarantine in a rural area. The resilience of these communities, not to the virus, but to the state of siege that the pandemic has created, is impressive. Many of them continue to carry out their daily lives without major changes (except closing their communities to outsiders). 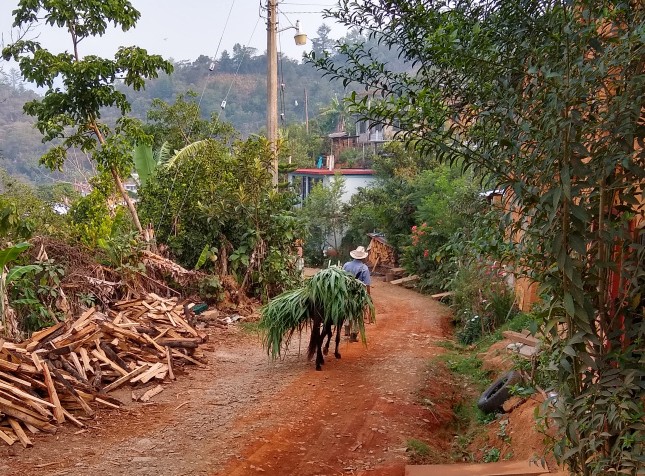 When some journalists express to me their concern that children in indigenous communities do not have access to internet connectivity in order to continue their school classes normally, I ask myself: how can I explain to them that this is actually a great opportunity for children to learn essential knowledge for life that their communities can teach them, such as the cultivation of a milpa (cultivated field), the understanding of nature, art and the conservation of the territory?

The resilience of communities to the isolation imposed as a result of the pandemic is not based on their telecommunications systems—in fact, they have the worst internet connection, in most cases—but it is based on their way of life. We all were closer to this way of life in the past, but unfortunately, we have been moving away from it, and even convincing many communities to distance themselves from it.

As far as we know, the coronavirus that produces the COVID-19 disease is directly related to the impact on ecosystems and the depredation of wild specimens, the consumption of animals, such as the bat, essential in pollination.

The devastation of forests and jungles has worsened in recent years. World leaders, like the presidents of Brazil and the United States, for example, have turned away from discourses that considered it at least an act of decency to talk about environmental protection. Instead, they openly support actions that involve the destruction of forests and jungles in multiple and visible ways: logging, mining, fracking, pipelines, energy projects.

I dream of a new normal that establishes urban development that prioritizes wildlife conservation, build biological corridors, and set construction standards with large percentages of green areas or conservation. It would create a model where life has priority, but not only in policies, but also in academia, in engineering and architects’ colleges, in schools and in the media, generating a new social idea of ​​growth, where conservation of communities’ ecosystems counts more than mining, urbanization and tourism. 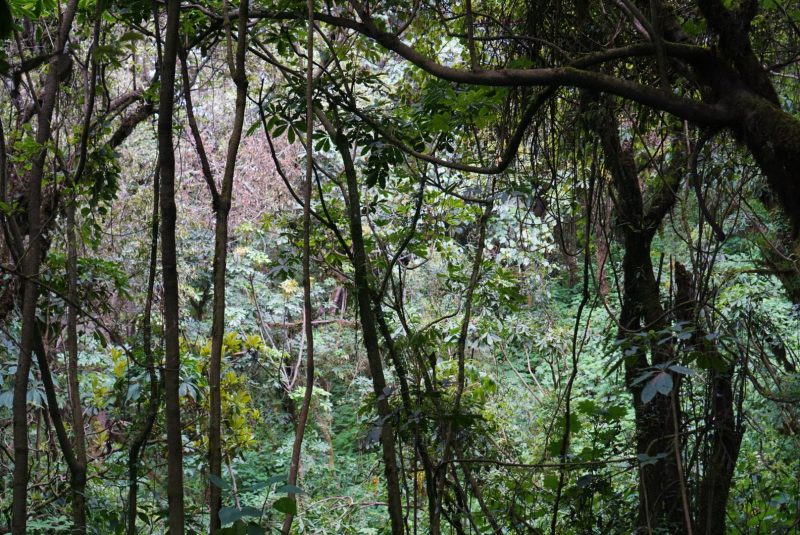 Forest in Guatemala. Photograph by Melissa Vida, used with permission.

Another aspect learned from indigenous peoples is sustainable food production. People in cities are increasingly disconnected from the sources of the food they eat. This has caused a loss of the country's culinary culture, which led to a less diversified diet or the adoption of diets rich in refined foods and fats prone to causing obesity, diabetes, and hypertension. During this pandemic, these have been essential factors in the high fatality rate of the virus in Mexico.

I imagine the new normal with urban gardens in each neighborhood, where people who do not have space at home could ask for a plot of land to produce food in a sustainable way. I visited two such places in Washington and Stockholm, and I'm sure many people would enjoy something similar in our cities.

It is necessary that unemployed people be at least able to feed themselves. Studies estimate that, in the following decades, the progress of artificial intelligence and automation will cause the loss of 47 per cent of jobs in the United States and around 70 per cent in countries such as India or Thailand.

I also imagine a reassessment of the role of agricultural areas near cities, to protect them from urbanization and recognize their economic and cultural importance as the primary source of the food we consume in cities. 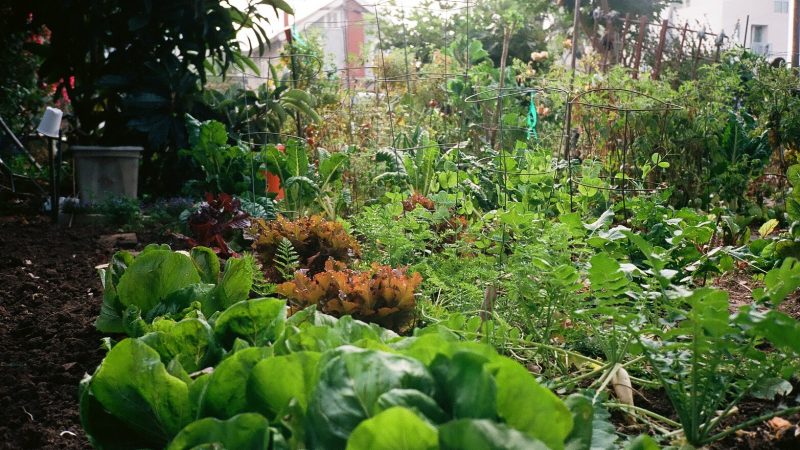 The other aspect of the new reality is a radical change in education, which has had the worst results during this pandemic. While in Mexico we think that it is important to increase the number of class hours, in the Nordic countries the school day and the work day have been reduced so that people can spend more time with their family; the result of this approach has been a success, with an increase in the levels of learning.

I imagine a less invasive education that recognizes the vast knowledge that exists in the communities and allows the space to acquire it. I think of a less alienating school that, instead of imposing knowledge, establishes a dialogue that allows different cultures to enrich each other.

Lastly, I think the new normal would need a new urban architecture. Another lesson learned from indigenous and peasant communities relates to their settlements which have an urban area and a planting area. The houses are small, but the patios are large enough to plant vegetables, raise farmyard animals, and for children to play. A lockdown in those areas can be quite pleasant, taking into account that there are also the agricultural lands that I mentioned earlier. 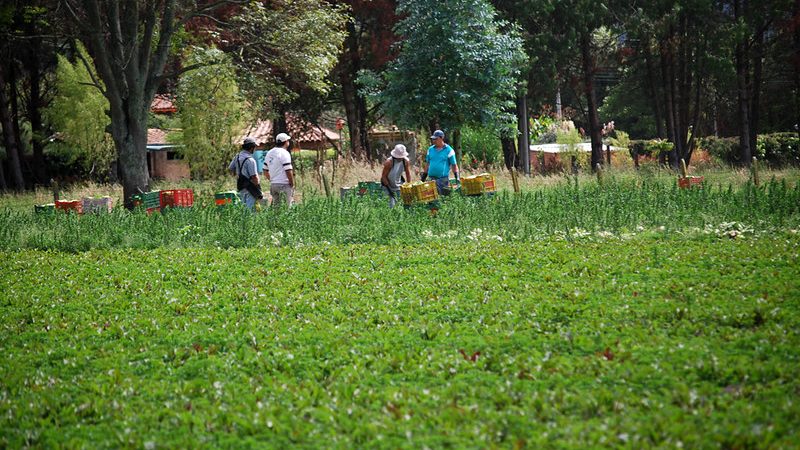 In contrast, cities increasingly show signs of overcrowding, modern houses for high-income people resemble hotels, those for the low-income people look like prisons, and few have green areas, or they are very small.

The new normal would have more green spaces in neighborhoods, more parks, better protection for urban forests, and a new type of urban plan in which all developed lands have green areas.

The current crisis brings to light the problems generated by the dominant civilization paradigm whose solution cannot be found in the technology that supports its expansion and that currently is viewed as a panacea. Instead, we should look for the answer in the ways of life that indigenous peoples maintain and that have allowed them to survive for thousands of years, together with the ecosystems they inhabit.