Writer and advocate for all African languages through film 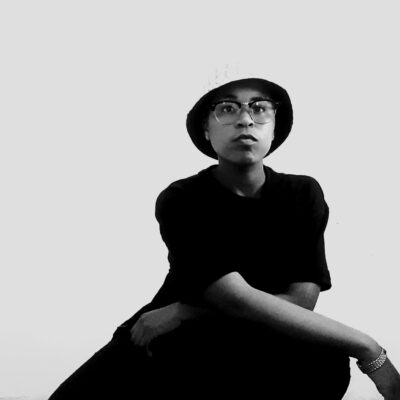 Photo provided by Oratile Olivia Gabaphethe and used with permission.

As part of our ongoing series highlighting the work of activists promoting African languages in digital spaces, we would like to feature Oratile Olivia Gabaphethe (@Oratile_Oliva) from Mafikeng in the North West Province, South Africa.

Oratile is a professional scriptwriter for a film, and was the Head Writer for the short Setswana-language film, “Sephiri se Tutetse,” which was created under the HerStory Women Filmmakers Incubation project by Lerato Mileng. Another film called “Letter to Society” in which Oratile has contributed as scriptwriter is yet to be released. Even though she is passionate about bringing Setswana into short films and other media, her work benefits all African languages.

Rising Voices (RV): What is the current state of language both online and offline?

Oratile Olivia Gabaphethe (OOG): Catering for the world at large, my  medium comes in as English. However, my involvement both online and offline deals with the Setswana, isiZulu, isiXhosa, Sepedi, Sesotho, and the Swati languages. Through my work, I'm also continuing learning the Venda language, Xitsonga, and I'm getting better with my Afrikaans vocabulary.

With all the travelling that the industry comes with, I've been exposed to different cultures, traditions and ways of life, and I feel that I'm open to them all and thrive in my involvements also. While my Setswana projects are out there, I am pursuing more projects under my name, with different languages as mediums still yet to come.

OOG: The next generation remains my motivation.

Nothing would bless my heart more than seeing those coming after me live in and embrace who they are, without having to alter themselves. Growing up, we had that; Setswana was out there and most people, if not everyone, had something to say with Setswana as a language, as per language.

However, year after year, it comes down being on the radar Either the language is wrongfully portrayed or not considered at all. Cultural heritage, the preservation of the language by its people, to its people and for its people are all part of my motivation.

OOG: The Setswana language has come to be seen as ‘rural’ by its very own people, especially by the new generation of young people. Hence, the lack of content in our online spaces. With that as a problem, it becomes very difficult to get content out there and to convince people to consume it, as they aren’t even interested. There’s been growth into wanting to be a part of other cultures and speaking other languages rather than wanting to be original and authentic.

OOG: We can never wait for preferences to change. The one thing that can be done is to keep creating content and even to hold workshops for learning to educate more people, slowly getting them back to their roots. In the midst of this work, it takes a person who’s really passionate about their language and culture to actually teach people to do the same. Opening up language spaces to people is a step that can be take and has proven to be effective.