Through a personal journey to a virtual community 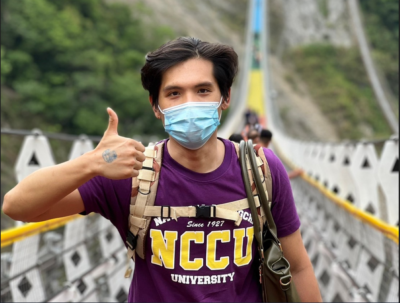 As @AsiaLangsOnline enters into its fourth season, we welcome a returning host — Bali Nangavulan (@balisubalian) — for another week on this rotating Twitter campaign.

Growing up in the city, Bali was not intimately connected with his own roots until a graduate school field study brought him back to his community, the Bunun of Taiwan. Bali has made a conscious attempt ever since to reacquaint himself with the culture, starting with the language. By way of social media, Bali managed to bring together like-minded people along the way and eventually create a space online for his language.

Rising Voices interviewed Bali on email to find out about his journey. The interview has been edited collaboratively by Bali and the author for clarity.

Rising Voices (RV): Please tell us about yourself and your language-related work

When you visit local indigenous communities, it’s very common to see elders speaking to one other in their native languages. However, I never worked much around Taiwanese indigenous languages and/or my mother tongue until I returned to my community — or say, tribe — to conduct field study for my master’s thesis. After spending a lot of time with community elders, I decided to bring my mother tongue onto Facebook and Instagram to encourage conversations on current affairs and issues pertinent to Taiwanese indigenous communities, using my language.

Since our government has gradually rolled out the Development of National Languages Act, all natural languages (as well as sign languages) used by ethnic groups in Taiwan are now considered “national languages.” But, in reality, Standard Mandarin remains the mainstream language. While indigenous languages have received more recognition than before, they remain minority languages as is — online or offline.

I grew up as an urban Indigenous person, because my parents made a decision to leave their community for the city in seeking better opportunities. Living in the city, I seldom had the chance to use my mother tongue, until I returned to my community for field study. That was when I started to pick up my language, little by little.

Considering the minority status of indigenous languages in real life and our massive use of the internet on a daily basis, I thought it was a good idea to bring my language to the digital world. This not only allows me to reach a wide array of people who are interested in learning/using Bunun, but also helps to create a virtual community that is welcoming to the language — more so than how it is in reality — which leads to more opportunities to use my language. In the long run, I hope to improve my proficiency in Bunun to the extent that I’ll be able to chat freely with elderly members when I visit the tribe.

Unlike many other languages written in their own unique forms, typing in my language is relatively easy as Bunun has adopted a romanized spelling system. Oftentimes, I don’t even have to finish typing a word of frequent use in its entirety — thanks to the auto-complete feature on cell phones — and this makes chatting online a breeze.

However, when I first started the pages, I sometimes felt that I was talking to myself because there are really not that many people proficient in the language. But I continued anyway — if nothing else, at least I’d get to practice using my language. Gradually, a community emerged and meaningful conversations took place.

I honestly feel that my language deserves more visibility than it currently has. And, despite all the limitations, the digital space seems a great place to start building it as the internet has become part of our daily lives; it leaves a mark each and every time you use the language. I hope, someday, using my language online will become as natural as breathing.

It would be stressful to learn your mother tongue, just for the sake of it, especially when you can’t find a purpose in doing so. But if you have a goal for yourself — say, to freely communicate with community elders or to better connect with your roots, as an indigenous member, or to learn more about the said culture or simply feel cool speaking the language, as a non-member — it’ll make things a lot easier. It’s also helpful to have friends that share your interest. But I would say: Just start speaking the language offline or writing in the language online, then you’ll have made your first move.