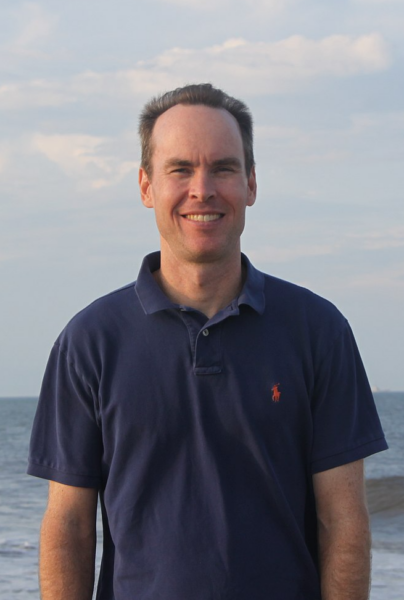 Photo of Kevin Scannell taken by Maddy Scannell and used under a CC BY-SA 4.0 via Wikimedia Commons.

As part of our ongoing series highlighting the work of activists promoting European minority and regional languages in digital spaces, we would like to feature Kevin Scannell (@kscanne) who has been working to promote the Irish language (or also known as Gaelic) by developing software for use by Irish speakers. There is also a long list of collaborations in which Kevin has taken part, which has been helping to boost the Irish language online and in digital media. Find out more about these initiatives in the following e-mail interview conducted by Rising Voices.

Kevin Scannell (KS): I am a Professor of Computer Science at Saint Louis University in the US, working primarily on the Irish language.  I was born in the US to a family with strong Irish roots, and began learning the language in earnest in the 1990s. For the last 20+ years I've been developing software to help Irish speakers use their language online. I've developed spelling and grammar checkers, dictionaries and thesauri, translation engines, and have worked with a team of dedicated volunteers to translate important websites and software packages into Irish: GMail, Twitter, Firefox, LibreOffice, WhatsApp, and many others.  In 2011 I created the Indigenous Tweets site which helps speakers of more than 150 indigenous and minoritized languages connect with each other on Twitter.

KS: Irish is facing many of the same challenges that other minority languages face in a globalized world with English as a dominant lingua franca.  Despite these challenges, there is a lot to be optimistic about!  The number of Irish-medium schools (all subjects taught through Irish) continues to grow, serving more than 50,000 students in both the Republic of Ireland and Northern Ireland. The language now has full official and working status in the European Union. Irish speakers, both in Ireland and overseas, have access to top-notch radio programming (Raidió na Gaeltachta), television (TG4), and news (Tuairisc.ie, Nos.ie, etc.).  There is a very active community of speakers on all of the major social media websites; I like to point out that there is more Irish being written now than at any time in the history of the language.

KS: I'm highly motivated as a speaker from the diaspora, because almost all of my interactions in the language are conducted in digital spaces!  This is one of the reasons that social media can be such a powerful tool for promoting minoritized languages, especially those with an increasing number of speakers who live outside of the traditional “homeland” of the language.  I also mentioned the work I've done translating software, apps, and websites into Irish; I believe that it's important to give people the choice to navigate their online lives through Irish when there are so many domains in the “real world” where Irish is not an option.  I'm not ready to surrender the digital domain to English!

KS: There are very few technical challenges in terms of using the language online. Irish has diacritics marking long vowels (“síntí fada”) but it's not difficult to set up one's computer or mobile to produce these.  Access to high-speed internet, especially in rural areas where the language is strongest, is still not perfect, but better than it was 10 years ago.   One major issue is corporate control over the platforms where most of us conduct our online lives (social media, Google, mobile devices).

Our team was able to translate GMail into Irish almost 10 years ago, but we weren't “given permission” to translate other important Google products like YouTube, Google Docs, Calendar, etc., despite our willingness to do so on a volunteer basis.

In the case of Twitter, we were able to complete the Irish translation and have it made available to the community, but other minority language groups (e.g. Welsh) were not so “lucky”, despite a huge volunteer effort on their own translation.

KS:  Fortunately there is a new generation of Irish artists and musicians who are using the language in new and creative ways, and who have developed a huge following among younger Irish speakers.  There's the group KNEECAP from Belfast with millions of views on YouTube, Séaghan Ó Súilleabháin with 180k followers on TikTok, Séamus Barra Ó Súilleabháin, Ciara Ní É, … I could go on and on.

I think it's important to show younger people that the language is more than just a dreaded school subject!  It's less clear what a 52-year-old university professor can do to make the language appealing. I am interested in developing more computer games in Irish.

I worked with Mícheál Ó Meachair on a translation of a great mobile game a few years ago (Gunman Taco Truck), and Úna-Minh Kavanagh led a translation of the excellent game Among Us a couple of years ago, but I'd like to see many more choices for young people.