Robert Obiri is bringing the Fante dialect into digital spaces. 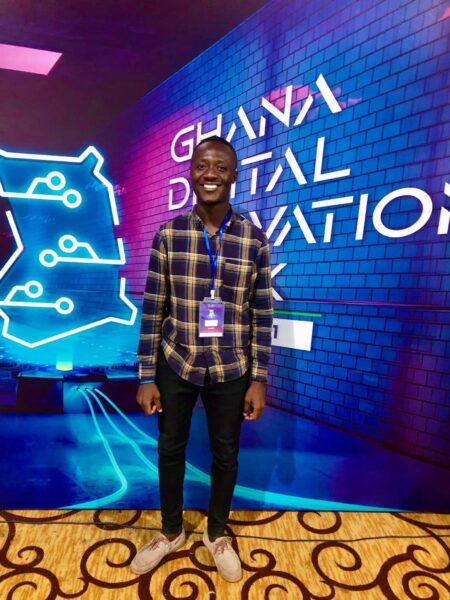 This post is part of a series of interviews with our guest hosts of the @DigiAfricanLang rotating Twitter campaign at Rising Voices.

As part of our ongoing series highlighting the work of activists promoting African languages in digital spaces, we would like to feature digital strategist Robert Obiri (@robertjamal12) from Ghana. Much of Robert's work focuses on making the Fante dialect of the Twi language from Ghana more prominent in online spaces, such as the Fante Wikimedia Community, which Robert cofounded. Rising Voices recently interviewed Robert Obiri by email to learn more about his perspectives on his language finding its place in online spaces.

Robert Obiri (RO): My name is Robert Obiri. I'm a Ghanaian-based Digital strategist Wikimedia Ghana User Group member and an administrator (only) on the Twi Wikipedia. I pioneered the revival of the Fante Wikipedia, which is still in the incubation stage.

RV: What is the current state of your language, both online and offline?

RO: The language is written both online and offline. It is studied from the primary level to the PhD level at the university (University of Education, Winneba, University of Ghana, Legon and University of Cape Coast). There are a lot of online apps too. The Fante Bible, Fante hymnal, and a Fante app called Learn Fante. Fante online programs, as well as textbooks, also keep emerging.

RO: The fact that the language has gained attention in our digital space like the Fante wiki, as well as other digital platforms, is my greatest motivation to make sure I also do my quota to push it further and further.

RO: The dominance of the Akan-Twi language all over Ghana, online and offline, distracts people from the Fante dialect of Akan. The perception that Fante is difficult to study is also a contributing factor.

RO: Sensitization should be vital in educating many people and encouraging them to study the language.