Digital security information must be based on the territory, the language and local forms of communication. 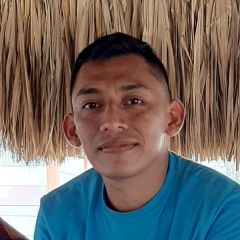 This article is also available in Wayuunaiki

By María Alvarez Malvido, based on the research paper “Digital divide and information gap in the Wayúu community” by Leonardi Fernandez and on conversation with the author.

Wayuunaiki is a major Arawakan language spoken by 305,000 indigenous Wayúu people in northwestern Venezuela and northeastern Colombia on the Guajira Peninsula. There are 200,000 speakers of Wayuu in Venezuela and 120,000 in Colombia – Wikipedia

Language status: 5* (Developing) – “The language is in vigorous use, with literature in a standardized form being used by some though this is not yet widespread or sustainable.” – EGIDS scale, Ethnologue

Digital security tools in this language

The Wayúu people have gone through a long history of changes and adaptations. Their resistance has endured as long as the continuity of their culture, despite the imposition of a border that crosses their territory to divide it into Colombia on one side and Venezuela on the other. Today the Wayuunaiki language is witnessing other more recent transformations, such as those related to the use of digital tools for communication. And, as in the case of rapid change regarding their territory, the new forms of communication raise questions that require new strategies for collective safety.

What is the perception of security in this digital environment for the Wayúu adults? What are the risks and consequences for this particular population that arise from the lack of information? Leonardi Fernandez — a Wayúu originally from Maracaibo, Venezuela, and social and cultural anthropology student at the University of Zulia, also in Maracaibo — explores these questions in the study “Digital divide and information gap among the Wayúu community” as a starting point towards creating information strategies for digital security in Wayúu territory.

Leonardi considers that these are relevant questions for the Wayúu people, considering their displacement in the territory. He is aware of the experiences and adversities that other people have encountered in relation to the use of cell phones, for example, and scams and identity theft via WhatsApp, which he considers as consequences of what he calls the “information gap.” He says that this gap “excludes Indigenous peoples from digitally accessing contextualized information adapted to their cultural specificities; and that there is the need to create that access based on knowledge of language and territory dynamics.”

The Wayúu people are located on the Guajira peninsula, and are one of the largest populations in both countries. On the Venezuelan side, they represent 11 percent of the population of the Zulia state, and on the Colombian side, they represent 45 percent of the inhabitants of the state of La Guajira in Colombia. The study mentions that 97 percent of the population speak their traditional language, which is Wayuúnaiki. For Leonardi, the movements and adaptability of the Wayúu people are also relevant for him when formulating his research questions and learning in a specific context. He explains that:

“Given their socio-cultural characteristics, the Wayúu have historically adapted and dealt with foreigners who entered their territories, giving rise to an increase of towns and cities [with foreign populations] in some areas of Guajira. Throughout this intercultural process, many Wayúu settled in cities, or their territories were annexed, or were trapped within urban settlements; this has happened in cities like Riohacha and Maicao in Colombia, or Sinamaica and Maracaibo in Venezuela.”

This study looks at this context of migration to the cities where there is the greatest access to telecommunications. The participants of this study are 35 to 45 years old Wayúu adults who live in urban environments and use the Internet through mobile phones. To learn about their experiences, their views on security, their needs and how to create possible strategies for a better use of digital tools in their territory, Leonardi interviewed three participants, two from Colombia and one from Venezuela. All speakers of Wayuunaiki, they shared different experiences of fraud or identity theft while using cell phones. The three participants have different backgrounds and occupations: a university professor, columnist and researcher; a woman household worker and merchant; and a household worker and promoter of the use of Wayuunaiki in digital media. All are active users of cell phones and social media.

Why focus on this specific population? Because Leonardi considers it to be on the rise given their migration from rural areas to cities, and because he has learnt about their negative experiences in terms of security. In addition, the study focuses on the use of the cell phone because, as Leonardi explains, for the Wayúu people, “it is a device that facilitates communication, and it is also used for entertainment and recording through photographs. It is also very much the device to access the internet, especially in cities.” Although there are no statistics on the use of cell phones by the Wayúu people, the study reveals an accelerated increase in the presence of cell phones in rural areas and in the city, especially in accessing information by students, as a result of the COVID-19 pandemic and the trend toward virtual communication.

The study reveals that the most widespread risks are harassment, and the creation of false accounts, as well as possible fraud related to identity theft. As one of the participants states:

”I really didn’t expect this, mainly because of the lack of information. I thought that the WhatsApp policy ensured a private and secure use, I never thought that a person who has a personal number, a personal WhatsApp account, could be hacked. I was never aware of this.”

The participants of this research project agreed, based on their experiences, that information on digital security can raise awareness among the Wayúu population to generate better habits when using these digital media. They also agreed that the information must be adapted and disseminated among the Wayúu population to warn against and avoid situations that compromise an individual or group. Moreover, according to Leonardi, information on digital safety is created generally from a Western perspective, and, in the Wayúu case, it should be from their point of view, “as it regards respect for personal space, for sacred places and the body as a representation of Wayúu modesty”.

Although there are some efforts by the government and by both states to facilitate access to connectivity infrastructure in the territory (such as the Wayúu Local Network with the KARISMA Foundation in Colombia, and Canaima in Venezuela), there is a systematic gap on digital security issues and the impacts that these can have on the social life of a person. Leonardi explains:

“To a great extent, technological literacy educational plans focus on explaining the operation and hardware parts of the devices and computers. They leave aside a lot of information related to software and threats that exist in digital media.”

The study revealed that the only information on digital security adapted to the Wayúu community is “Walking in networks” (“Wakua sulu'u eje'ipajiraa” in the Wayuúnaiki language). According to Leonardi, “Although it brings improvements for writing in the Wayúu language using a simple and manageable language, writing continues to be a limited medium for the territory.”

Leonardi highlights other types of limitations, linked to the response capacity and the support by the institutions in the face of events that are considered digital crimes. On the one hand, there are no plans or statistics regarding the Wayúu victims of scams or violence in digital media. On the other hand, there are no complaint channels in the Wayuunaiki language, and there is the need of trained people to assist the Wayúu community in situations of digital vulnerability that require monolingual intermediaries.

The Wayúu forms of communication — which, along with the language, incorporates knowledge and memory — must be recognized for the information to be disseminated properly.

As one participant explained:

Likewise, another participant suggested using already strategic spaces and various formats that circulate within the territory:

“I believe that information should be disseminated through brochures, as a subject to teach in school, and on billboards; but the information must be given and a campaign organized, because this poses a very big risk and we must be very careful with this.”

Taking into account these reflections and knowledge from the users themselves, Leonardi presents a series of recommendations that can be a starting point towards a dissemination strategy, as well as inputs that serve as support for any linguistic community that share these limitations or challenges.

This research carried out from and for the Wayúu territory reveals how the informational vacuum affects the vulnerability of people when facing situations that compromise their physical and digital integrity. According to Leonardi, a first step is to raise the issue of privacy to respect the space and integrity of the community, as well as its cultural elements, such as territory, sacred sites, practices sensitive to publication on platforms and other aspects related to identity. Likewise, to follow the recommendations that are presented in this study based on the word and memory of the Wayúu people towards strategies that respond to their local needs, which are always tightly knit with the territory and the Wayuunaiki language.