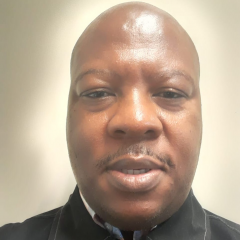 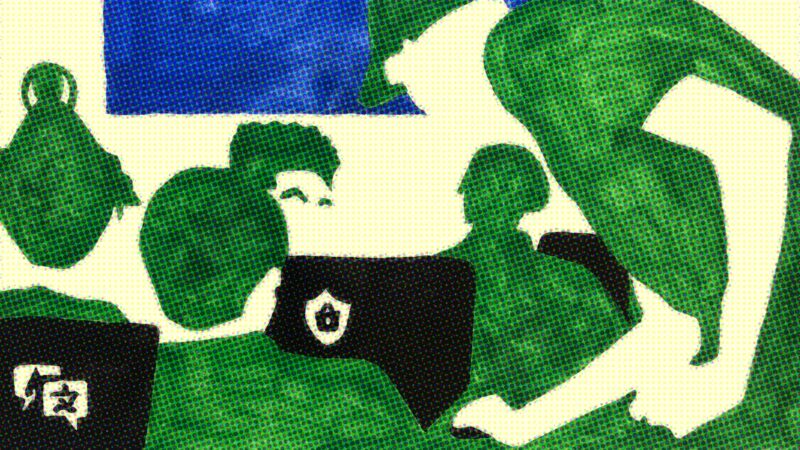 A version of this article is also available in Sesotho

By María Alvarez Malvido, based on the case study “The challenges encountered by Sesotho language students – access to digital resources, safety & security,” by Lebona Mafisa.

Almost three decades after the ending of Apartheid, the Constitution  of the Republic of South Africa today recognizes the historically diminished use and status of Indigenous languages. However, this recognition is just a starting point to change the consequences of the political history of the country, and there is a lot to do towards taking practical and positive measures to advance the use of diverse languages. Digital technologies have become potential tools to do so, but the disparity in access to them remains a limitation in townships like Vaal, where the Sesotho language resists this long story of linguistic domination.

The Vaal area is rich in history as the Constitution of the Republic of South Africa, was signed in the township of Sharpeville, where the apartheid regime massacred Black people and injured scores on a well-remembered day in March 1960. Despite the changes in the country’s constitution and the recognition of diversity, the socioeconomic conditions in townships like Vaal lag behind the rest of the population. According to the 2011 census, the language most spoken in this area is Sesotho at 52.5 percent, followed by IsiZulu (13.1 percent), Afrikaans (12.5 percent), IsiXhosa (7.8 percent), and other languages (14.1 percent).

Lebona Mafisa is a language teacher from Zamdela Township, Free State Province which is approximately 20 minutes drive to the Vaal, Gauteng Province. He is also one of the digital activists pushing for better conditions for Sesotho, his mother tongue. Lebona explains:

“Afrikaans and English were two languages that enjoyed dominance in South Africa, these languages were used by the former Apartheid government to oppress African languages and their speakers, for instance, most forms in government departments were written only in these two languages, which is mostly the situation even today. However, the recent language policies are trying to uplift previously disadvantaged languages like Sesotho.”

In the case study “The challenges encountered by Sesotho language students– access to digital resources, safety & security,” in collaboration with Rising Voices, Lebona learns from the experiences and reflections from 10 Sesotho students from the Vaal area. All the students who participated in this research interact with digital tools despite diverse challenges and limitations, which are primarily related to access. There are two primary ways that access is a challenge: the access to connectivity, and the access to content in their mother tongue. How are these limitations related? Would there be more Sesotho content if Sesotho speakers were able to participate online with access to connectivity, and access information in their language to engage with these tools?

The study explores the existing language related challenges that the 10 Sesotho students are facing. Lebona used questionnaires and interviews to do so. Moreover, students wrote essays that became testimonies for the research. The narratives and experiences from students’ voices, intertwining their claims, perceptions and desires, reveal challenges that correspond to the reality described above.

“Mostly things are much better these days as we have access to technology but we do struggle at times — for instance, the WiFi connection at my home is not stable. Most of the time, when I want to write my assignment it gives problems and I end up going to campus because it is faster,” says one of the students.

The instability of the internet access in the Vaal area stems from not just its quality, but also the intermittent electricity cuts in the area that constantly interrupt the use of the internet and, consequently, participation in online spaces. Another one shares:

“When these types of problems happen, it seems like everyone’s life, or I can say every student’s life, becomes difficult because we are used to using technology to do almost everything [from] communication, doing school work and visiting social media.”

What happens when access to the internet for students is taken for granted in regions facing such structural inequality? What happens when the quality of the internet seems as limited as the accessibility of content in their local language? The linguistic exclusion cannot be understood without the wider context of disparity and segregation in the country. Most townships in South Africa share the same socioeconomic backgrounds as Vaal, characterized by facing a long history of exclusion that is evident in the lack of economic opportunities, poverty, unemployment, and high crime rates. Lebona claims that it is all related to the unequal access to digital resources and quality connectivity.

Besides the power and internet cuts in Vaal, the students agree that Sesotho is not well represented in the digital space.

“I cannot access most of the information I need like grammar and literature books. I suggest that more reading material should be made available in my mother tongue: there should be study guides, book summaries, like novels, short stories and poems written by Sesotho authors and language experts.”

Explains one of the students, revealing a need to access digital content in their local language. Another one claims that these should also be available on platforms like YouTube, with videos well prepared for primary, secondary and university students to be able to learn more in their languages.

“I think that by having an option to change your language to Sesotho when you are on the internet will make things better because in that way one can be able to access the information they want in their language,” suggests another student.

Considering the constitution’s recognition of this historical disparity, the state must take practical and positive measures towards better conditions for all languages. Therefore, according to Lebona, the people of South Africa are entitled to receive services in the language they understand the most. One of these services is education, and, when the education model relies on access to digital content, tools and connectivity, both the quality of connectivity and the language with which it is accessed results as important. Not only should students be able to access literature, stories, interfaces and content in Sesotho, but also the digital security information that would support their safe participation and engagement with digital tools. The development of resources and training should acknowledge the diverse cultural contexts and specific needs from the region and learning desires of the students.

For Lebona, further research should be conducted to understand the digital practices of Indigenous, minority and low-resourced language communities that will cover other areas to alert authorities and providers of resources for development. From this case study, he puts forward specific recommendations for diverse stakeholders like IT specialists in the education sector, Municipalities and other providers of these kinds of services.

The student testimonies shared above are a window to the diverse challenges encountered by Indigenous language speakers when education models rely on a digital access that has not been resolved for all. Also, they reveal that access is not only about devices, or the presence of Wifi spots. It is about its quality, and the content and information resources that are available. And, ultimately, the right to find and use Sesotho online.