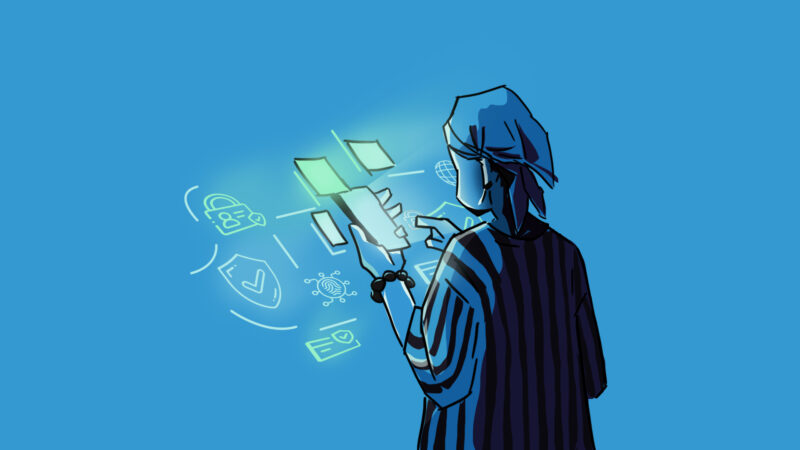 A version of this article is also available in Dagbani

Based on the report “Digital security and online safety concerns: A case study approach for Dagbani language activists and researchers in Ghana” by Sadik Shahadu.

“Dagbani (or Dagbane), also known as Dagbanli and Dagbanle, is a Gur language spoken in Ghana and Northern Togo. Its native speakers are estimated around 3,160,000. It is a compulsory subject in primary and junior high school in the Dagbon Kingdom, which covers the eastern part of Ghana.[1] Dagbani is the most widely spoken language in northern Ghana, especially among acephalous tribes overseen by the King of Dagbon, the Ya-Na.” — Wikipedia

Recognition: Dagbani is one of eleven Government-sponsored languages,

Language status: 4 (Educational). Recognized language (1951, Laws of the Gold Coast, Vernacular Literature Board Ordinance, as amended by Ordinance No. 44). The language is in vigorous use, with standardization and literature being sustained through a widespread system of institutionally supported education. — EGIDS scale, Ethnologue

As of January 2022, the number of internet users in Ghana was around 16.99 million out of a total population of over 33 million people. In this context, Dagbani Wikimedians, a group of Dagbani-speaking activists, have made great efforts to bring their language online and use digital tools to revitalize it. However, the group faces diverse challenges regarding digital security and online safety that require collective action.

I am a digital language activist, researcher, and Wikimedian based in Tamale, Ghana. I am a native speaker of the Dagbani language and have studied Dagbani as an elective subject at the senior high school level. I'm also a certified Wikipedia trainer and the Executive Director and Co-Founder of the Dagbani Wikimedians User Group. I am also the West African Indigenous Language Coordinator at Art+Feminism and a member of the Wikimedia Language Diversity Hub's steering committee. Outside of Wikimedia, I currently serve on the advisory board of the UNESCO Open Education for a Better World program. I am a Mozilla Open Leader X fellow, a MozFest wrangler mentor, and an ambassador for Mozilla Festival 2023.

The Dagbani Wikimedians User Group is a Wikimedia Foundation affiliate user group and non-profit organization based in Ghana that works to help the Mole-Dagbani languages on Wikipedia and its sister projects. Since 2019, I have helped the community create hundreds of articles on the Dagbani Wikipedia incubator and have translated all the “most important messages” on Media Wiki before graduating into a full-language Wikipedia in 2020.

Dagbani, also known as Dagbanli and Dagbanle, is a Gur language spoken in Ghana and northern Togo. Its native speakers are estimated at around 3.1 million. Dagbani is a compulsory subject in primary and junior high school and an elective subject in senior high school in most parts of the northern region. Even though a larger population of Dagbani speakers is based in the northern region, most of them use English as a medium of online interaction, just like other Indigenous languages in Ghana. Dagbani is also one of the 11 government-sponsored languages used as a medium of instruction in primary and junior high schools. Since 2020, many teachers and language activists have developed an interest in contributing to the Dagbani Wikipedia. They have helped make projects like Wikipedia, Wikidata, and Wikimedia Commons better in Dagbani.

Observations from the Dagbani Wikimedia Community

In this context, as one of the researchers for the Rising Voices Digital Security project and community leader for the Dagbani Wikimedians User Group, I wanted to learn more about the understanding of digital security among the Dagbani wikimedia community, so I undertook the research “Digital security and online safety concerns: A case study approach for Dagbani language activists and researchers in Ghana.” Also, I wanted to get a better understanding of the related challenges for some activists for the Dagbani language and how these affect their work as Wikimedians.

What does digital security mean for Dagbani Wikimedians? What challenges are they facing? How do they use their language online, and on which platforms besides Wikipedia's tools and platforms? These were some of the questions that I engaged with through interviews and questionnaires with a number of activists.

To lay the groundwork for this research, I made a public call on the Dagbani Wikimedians User Group’s community WhatsApp group to select three main research participants, one woman university student and two men language activists who are also professional teachers in Tamale. As part of the research, I also did a group interview with 19 people from the Dagbani Wikimedians User Group, composed of both new and experienced editors. To ensure a well-rounded response, I took into consideration the gender, geographic location, and educational background of the participants. About 73 percent of the participants identified as men, 27 percent women, and 30 percent students overall.

As an activist and a Wikipedian, I noticed that most of the people in the community use social media to promote their language activism work. When I asked about what they mostly do online and over the phone, participants shared that they call people using VoIP applications like WhatsApp and Facebook. One of the participants commented:

I sometimes upload pictures. I use the internet over the phone when I am at home; I do not have time when I am at work. I usually do it in the evening after I get home from work. For the amount of time I spend on the phone, it depends on how interesting the content is and whether I am enjoying it or not. It can vary from 1 hour to 4 hours daily. I use it to communicate with friends and family members. Usually, I talk to my brother, who doesn’t live at home, for those who do not live at home. I use WhatsApp video calling to talk to them. I also use it to share pictures with friends and family.

One of the things I discovered during the interviews was that most of the community members have general knowledge about digital security but do not share why it is important or what tools they can use to protect themselves online. They also had no information about how to protect their devices from being hacked. The majority of them had never heard of two-factor authentication as a tool for account security.

One of the participants also shared, “I use Facebook and WhatsApp because they are the most popular and commonly used because these platforms are the most popular in my area. With a single post, I can reach a large number of people. It has broader coverage”. About 60 percent of the respondents didn’t use their real names but used pseudonyms that they were known by, while others used their real names so they could be easily identified. When I quizzed them about their activities on these platforms, I realized that most of the Dagbani Wikimedia community uses social media to connect with family and friends and share updates about their daily lives. Others also shared that they used social media for entertainment. At the same time, others used it to search for job opportunities: “I like social media because I can connect with many more people. It also helps me share video and photo updates on Snapchat, Twitter, Instagram, and Facebook. I use social media to entertain myself.”

In addition to that, I found out that most of them know how to use or have used passwords, PINs, and patterns to prevent people from getting unauthorized access to their mobile devices. During the group interview, I found out that about 60 percent of them have had their social media, email, or other accounts hacked. Others say that they have been scammed with mobile money or online banking in the past. On the other hand, 20 percent of the participants appeared to have survived hackers’ ploys and traps, and only 10 percent claimed to have never encountered hacking-related targets or been hacked in their entire life.

People believed that the best ways to spread information about digital security and online safety were through verbal instructions in videos and written texts on digital security. Furthermore, sharing educational video resources on platforms such as YouTube will assist activists in learning more about how to protect their online identities and then running social media campaigns so that Google Voice Search can bring relevant videos to them.

Why the research is important to us

This research is important because Dagbani is an underrepresented language in Ghana. As language activists, we need to promote our language on the internet and encourage people who think they can't use it or access it online to understand its importance.

This goal of the research was to create awareness of digital security and how language activists can safeguard their online identities. As stated above, I have been working on the Dagbani Wikipedia since 2017, when it was still in the incubator stage (Test Wikipedia). I understand this community so well, but one thing I didn't know much about among the community was their understanding of digital security and online privacy. During the interviews with the community, one of them stated,

I believe that taking part in this interview will assist us as the Dagbani Wikipedians User Group in solving some of our challenges related to the frequent cyber attacks and hacking that we experience in our WhatsApp group. I believe that sharing them can help us learn more about digital security so that we can continue to work hard to put our language on the internet.

The goal of this research was to make the Dagbani Wikipedia community more aware of digital security, and to get a better understanding of their perception and desires, to formulate the following recommendations based on the outcomes of this research and my experience as a leader and member of the community of the Dagbani group:

As a country, we need legislation that can protect online users of tech platforms and hold the platforms accountable. We need to encourage the use of emerging technologies that are available in local languages, so language activists and other users can easily understand them. The fact that there were no digital security tools and resources available in Dagbani leaving speakers to use those in English and French was seen as a general concern.

Even though social media platforms do not yet support Dagbani translation, all participants wish to have digital resources in our local languages and we are ready to help make this happen.