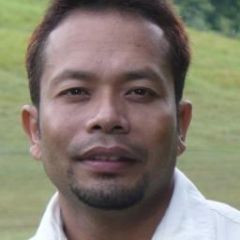 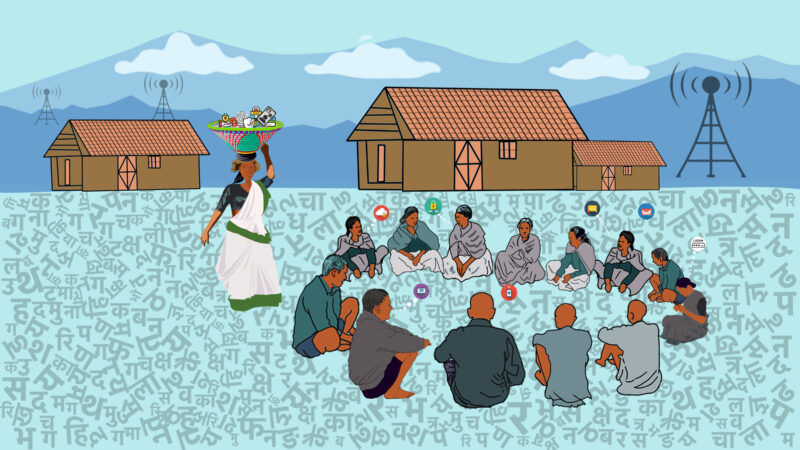 A version of this article is also available in Eastern Tharu

Based on the study “Digital Security Measures used by Eastern Tharu Speakers” by Sanjib Chaudhary in collaboration with Rising Voices.

“Kochila Tharu, also called Septari or Saptariya Tharu, Madhya-Purbiya Tharu, and Mid-Eastern Tharu, is a diverse group of language varieties in the Tharu group of the Indo-Aryan languages. The several names of the varieties refer to the regions where they dominate. It is one of the largest subgroupings of Tharu. It is spoken mainly in Nepal and India, with approximately 250,000 speakers as of 2003. In addition to language, cultural markers around attire and customs connect individuals into the ethnic identity Kochila. – Wikipedia

Recognition: 2015 Constitution states “all native languages spoken in Nepal are considered to be “National languages”.

While the COVID-19 pandemic meant a pause for many initiatives, a group of language enthusiasts from Eastern Nepal took it as an opportunity to reach out to a larger audience. Tharu Bhasa Sahitya Kendra is a group dedicated to promoting Kochila Tharu language, holding in-person sharing sessions once a month following the Bikram Sambat calendar. As they could not meet face-to-face during the lockdowns due to the health emergency, they started using the online platforms Zoom and Facebook Live for meetings. Nowadays, it is a hybrid model that has offered opportunities for more interaction and participation but also brought  new challenges for the attendees and organizers.

As a Tharu speaker, digital linguistic activist and researcher, I attended basghara sessions and interviewed Tharu Bhasa Sahitya Kendra members to understand the digital security measures applied by the members in their monthly knowledge sharing platforms organized face-to-face and shared through Facebook Live.

Tharu constitute 6.6 percent of Nepal's population. As mentioned by Arjun Guneratne in his famous book, “Many Tongues, One People – The Making of Tharu Identity in Nepal,” we are a group of culturally and linguistically diverse people. Several different Tharu groups live across the Tarai region, each with its own language: The Kochila in the East, the Chitwan Tharu in the central area, and Dangaura, Deshauria, and Rana Tharu in the western Tarai. The Tharu language has regional variations. Based on the regions they are called Morangia, Saptariya, Mahottariya, Chitwania, Danguara, Kathariya and Rana. Although there are slight variations in Tharu language spoken in different districts of eastern Nepal, all Tharus from these districts call it ‘Kochila Tharu’ or ‘Eastern Tharu’.

“Tharu is an Indo-Aryan language of the Indo-European family,” writes linguist Mahesh Chaudhary in his research paper Language of Saptariya Tharu. “It is difficult to trace its exact development, and hence, its affiliation.” Kochila or Eastern Tharu is rich in phrases and idioms that showcase the Tharu way of life. Also, the language is known for its onomatopoeic words.

In the past, magazines like ijot (light), chirkha (lamp), Tharu Sanskriti (Tharu culture), though discontinued now, did their best to promote the Kochila Tharu language. To continue the momentum, Tharu Bhasa Sahitya Kendra started organizing “basghara” sessions where participants recite poems, sing songs, and present articles to promote the language and culture. The group also publishes a quarterly magazine “Basghara.”

Basghara is a Kochila Tharu word for a meeting place where people come together to discuss and generate new ideas. Also, it is a kind of guest house — the Tharus would take the visitors to basghara before inviting their guests to their homes.

Sahadev Chaudhary, a journalist, secretary of the Tharu Bhasa Sahitya Kendra, and participant in this research, said:

The June 2022 basghara was organized in a college classroom setting. The audience sat on the benches while the presenters spoke from the podium. Meanwhile, one or two members of Tharu Bhasa Sahitya Kendra recorded the event and conducted a Facebook Live.

People from all walks of life came to the event. Retired and elderly people, young college going students, schoolgoing kids, people working in different organizations, musicians, artists, journalists and even housewives came to both the events (in traditional meetings held in basgharas, mostly men used to participate). The activities included sharing news, articles, poems and songs. The presenters presented from the podium at the June edition while they presented facing all the participants at the May edition. While people presented in person, listened and watched, some members recorded the event and conducted Facebook Live of the events.

When the Tharu Bhasa Sahitya Kendra started organizing online sessions, participants from rural areas could not connect easily. “The young generation is aware of the digital scenario. Only the elderly had problems connecting to the sessions. They would ask to connect via Facebook only.”” said Sahadev Chaudhary in an interview talking about the problems they faced while organizing the sessions online during lockdowns, and the diverse levels of digital literacy within the age groups.

Participants mostly connected via mobile phones and faced bandwidth problems. Also, some of them would end up using all the credit available in their phones. “During one of the sessions, in Fulbairiya Tole of Belaha Village in Udayapur District, a group of women started singing and continued even when all the mobile data was used,” Chaudhary added, talking about internet connectivity issues. “We had to top up the mobile but the song ended by that time.”

Since Facebook is widely used, they shared the Zoom sessions through Facebook Live. While using Zoom, only people who were directly invited could participate. Some of the invitees would face connectivity issues, and due to low bandwidth, the sessions would drop in between.

Organizing the basghara sessions, both in-person and virtual, the Tharu Bhasa Sahitya Kendra members learnt that using the virtual medium was more effective in terms of participation. Sahadev Chaudhary said:

While doing only face-to-face meetings, only the participants and their families residing in Kathmandu would participate. They too were not regular as Saturday is a holiday and they would go out with their families sometimes. There are limitations in in-person meetings but organizing online has no limitations. People from any place can participate.

Based on the observations and interview, the hybrid model has been more effective in reaching a wider audience. Earlier, the participants were limited — only people residing in the Kathmandu Valley and ones closer to the organizers. However, with the inclusion of Facebook Live, more participants from across the country can participate and leave comments on the Facebook posts by the organizers.

Digitally secure platforms: the need of the moment to promote Indigenous languages

Likewise, most of the people who attend these sessions are not aware of digital security measures. They are also not aware of digital security toolkits available online in English and they don’t have access to such resources as none of them are available in their language. However, the moderators have been making sure that their sessions and interactions are secure in the sense that they never share the passwords and use only secured internet connections to organize the sessions.

Internet connectivity issues at rural areas are a big concern that has been stopping them from getting more participation online. Most of the participants rely on their mobile phones to connect to the online sessions. However, they are not literate on digital security issues which might leave them with problems, and they might become victims of phishing and hacking.

As Eastern Tharu language speakers are declining in numbers, platforms like the basghara organized by Tharu Bhasa Sahitya Kendra are very important to keep the language alive and motivate young people to speak their native language.

However, if issues of digital security aren’t addressed, the platforms will lose their credibility and young people will hesitate to join the meetings, eventually leading to the further decline in the number of fluent speakers.

Looking at the issues, I suggest the following recommendations:

With the adoption of digital security measures, Basghara sessions would not only be digitally secure but will also reach more participants from across the world without the fear of being targeted by hackers and anti-social elements. And Basghara would find its true potential of inviting like-minded language enthusiasts to come up with new ideas and activities to preserve and promote the Eastern Tharu language.