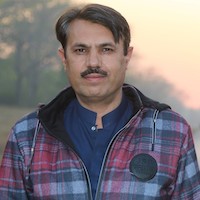 I am a researcher, author, activist, advocate for the minority languages of Pakistan based in the Swat Valley of Pakistan. Here I have been leading an organization, IBT (idara baraye taleem-o-taraqi i.e. institute for education and development, that works for the empowerment of the mountain communities of northern Pakistan through language and culture documentation, preservation, building literacies in these languages; producing and sharing knowledge among these communities. I founded the organization, IBT, in 2007 along with other youth of the Torwali community. I have written two books in English, numerous research articles, and hundreds of media articles on language preservation, education, language and education policies, human rights and environmental issues; and on conflict and peace. 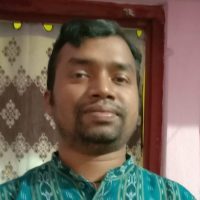 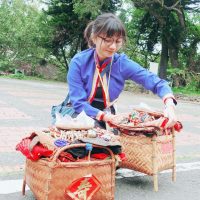 Hello everyone my name is Tumi, my tribe is Ita Thau tribe and we speak Thau language. I am learning this language from my father and teacher Hudun. My tribe started a language preservation plan in 2013, which was interrupted for a while, but in 2018 we restarted it. Now we have one full-time teacher and two full-time students learning the language and preparing to become Thau language teachers. 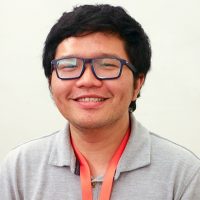 My name is Biyanto Rebin. I am a language and linguistics enthusiast. My language interests have been growing constantly since high school. I took Chinese studies in my undergraduate degree and several languages as my minor, including Italian. My language activism is strengthened by my contribution to Wikipedia, where I've been active on the Indonesian and Javanese editions since 2006. Besides Wikipedia, I also contribute to Wiktionary and Tatoeba to increase and enrich the Indonesian and Javanese entries. 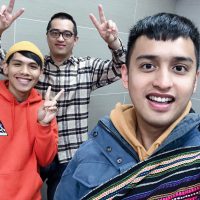 I’m Bali and also a member of the Bunun community, an indigenous people in Taiwan. I am a graduate student in ethnology, using a linguistic anthropology approach to research semantic change in the Bunun language. Besides me, the two co-hosts, Yawi and Yubay, have been sharing thoughts on indigenous language through different means, especially on social media like Facebook and Instagram. In recent months, since the outbreak of the pandemic, the three of us have been designing an abundance of digital materials about COVID-19. 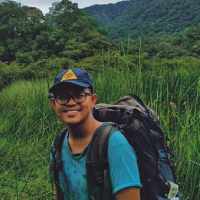 I hail from Bengkulu, one of the poorest provinces in Indonesia. Due to derogatory terms that are often used to label us when we speak Rejang, I was very careful not to speak it and I didn't even want to have an accent in Malay (the lingua franca among many ethnicities) or Indonesian.

My Dad has long been ashamed of our language, but everything changed miraculously after I got accepted at Universitas Indonesia, one of the leading higher education institutions in the country. There, I built a huge network that changed me into who I am now. I re-learnt my native tongue and was able to master it in two years. This came as a bit of a shock to my family. One common reaction was to wonder how I could have travelled far away and mastered the Rejang language there.

Not only had I learnt the language, I chose to be its guardian, as it is one of many vernacular tongues across the archipelago that are endangered. I started my language activism through Wikipedia, mostly on the Indonesian version. I edited, enriched, and created many articles about my ethnicity. One fellow Wikipedian told me I could build a Wikipedia version in my language through Wikimedia Incubator. After that, I also got involved in managing the incubator. Even though we are seeing only a little progress for now, I still have hope.

Other than that, I tried to standardise Rejang orthography both in Roman script and in our own script, called Kaganga. Last but not least, I am now compiling words, terms, and newly coined idioms to create a contemporary dictionary. So, when I am not around anymore and the language is no longer in use, its words will still be contained in a book. 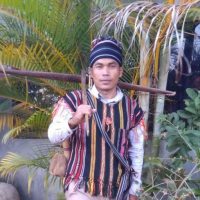 My language is the indigenous language called Bunong, which doesn't have a writing system. We can use the Khmer Script to write our language, though it's not very widespread.

I am a member of Cambodia of Indigenous People Culture Care’s Organization (CICO), an organization that promotes and encourages respect for human rights, especially for indigenous peoples throughout Cambodia. We are currently working on a project called “Voices of Indigenous Peoples with disabilities“, through which twenty-five indigenous people with disabilities from three different communities are able to express themselves, demand the protection of their rights, and seek legal support whenever their rights are abused. They use two languages (native and Khmer language) to raise awareness of approaches to law and rights protection for people with disabilities. 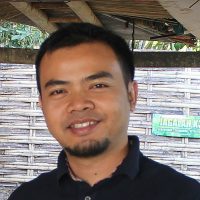 My name is Ilham Nurwansah. I am a Sundanese native speaker of Indonesia. Since I studied Sundanese for my BA and MA, my interest in this language has grown, especially to be able to share its linguistic and cultural richness with everyone. I do independent research on Sundanese language and ancient manuscripts and I contribute to the community around Wikipedia in Sundanese. I also write articles on Sundanese language for local papers and magazines. 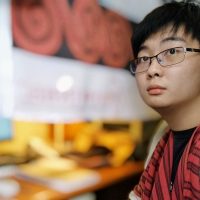 Sndamac namu bale! Walis Taywang ngayan mu. (Hello! My name is Walis Taywang.) I’m a 20-year-old university student from Taiwan, majoring in Linguistics. However, I’m not an indigenous person. After finding inspiration in the movie “Warriors of the Rainbow: Seediq Bale” (賽德克·巴萊), I started to learn Seediq culture and language and haven't stopped until now. This year, I created a fan page on Facebook and started introducing Seediq language to those who don’t know much about it. By sharing some newly-coined words or translating memes into Seediq, the fan page has been successful so far. Next, I will introduce Seediq through Taiwanese and Hakka, so that speakers of different languages can understand the essence of Seediq. 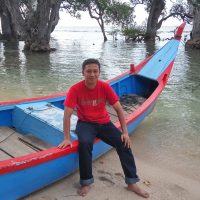 Hello, my name is Nabil. I live in Banda Aceh, Aceh province, Indonesia. I studied medicine at Syiah Kuala University in Banda Aceh, the provincial capital. Even though my university major is not related to linguistics, I am really interested in the Acehnese language. My language activism started in early 2008 when I initiated Acehnese Wikipedia with Teungku Hasmahdi, Fadli Idris and Andri Humardhani. At that time, I was concerned with the condition of the Acehnese language, which has limited written literature in prose form. Historically, most Acehnese literature consists of poetry.

Currently, I and some other Acehnese language enthusiasts are working on some other projects such as the revival of the Acehnese Jawi script, an online dictionary and localization efforts led by Mozilla. I also administer an Acehnese language learning website called Bahasa Aceh.

Beside these activities, I have contributed to Wikitongues by recording some vernacular languages of Indonesia.

I am Lami’ Tsai-Wei Hung, a PhD student in the Department of Ethnic Relations and Cultures, National Dong Hwa University, Taiwan. I have been working for two years with Sakizaya people to revitalize the Sakizaya language, promote its use and improve its status.

As part of the Sakizaya Mentor-Apprentice Program (facilitated by the Sakizaya Language Promotion Organization, funded by the Council of Indigenous Peoples of Taiwan), my role is to create practical activities to connect people with the language. This could include curriculum development, film-making, news publications on Facebook as well as recruitment to expand Wikipedia's user base. 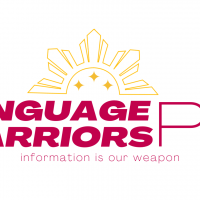 Language Warriors PH is an online initiative of the Department of Linguistics, University of the Philippines Diliman, which aims to connect community translators and language activists and enthusiasts across the Philippines who are currently working on the translation of materials relating to the COVID-19 pandemic into various Philippine languages. 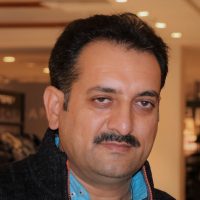 My name is Muhammad Zaman Sagar. I was born on April 1, 1973 in the Kalam Valley, located in Swat District in northwestern Pakistan. My native language is called Gawri (Ethnologue: Kalami, code: gwc).

I started language documentation work in 1992 as a teenager. My first teacher, mentor and coach was Dr Joan Baart, who came from the Netherlands to work on this language. I started out as a language and research assistant when I was still a high school student.

After a few years, I formed a spelling committee along with some other educated people from the community, and soon we came up with our own writing system. We have also started publications in this language and the organisation quickly grew in popularity in the Gawri language community.

In 2003, I joined an organization called Forum for Language Initiatives (FLI), which used to be known as the Frontier Language Institute. At the moment, I am the executive director of a project called Gawri Community Development Programme (GCDP). We have six mother tongue-based multilingual education (MTB-MLE) schools for children and two for adults (male and female). We have also established a library whose catalogue boasts more than 1,500 books.

I am consultant in training for SIL International on literacy and education as well as community-based language development in Pakistan. 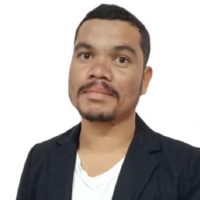 My name is Veer Keram, and I belong to the Gond tribe. I was born and brought up in Madhya Pradesh, in central India. I've graduated with a degree in law from Rani Durgavati University, in Jabalpur, Madhya Pradesh. With Gondi being my mother language, I have always had a keen interest in it. I've been in the field interacting with people who speak Gondi, trying to gather information about the language as well as the speakers. I am currently a part of the Endangered Language Documentation Project which aims at promoting the use of Gondi language. 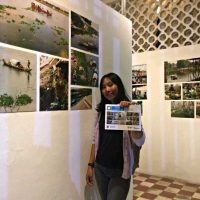 I was born in 1991 in Ratanakiri province, northeastern Cambodia. I've participated in understanding the social issues happening around my community through filmmaking. After completing a documentary film training offered by the Amplifying Voices for indigenous Women and Discriminated Groups project at Bophana Audiovisual Resource Center, I've directed two short films, one of which is about education in the Krung language in Ratanakiri province.

I am a language, education and development practitioner involved in implementing language and education-based development activities. I spent about two and half decades on these issues in Nepal.

These days I am not directly involved in any organizations but I help organizations and individuals as per their request as a facilitator and trainer. I also provide consultation services to design language, education and development projects.

Before that, I was directly involved with two language groups: Dangaura Tharu and Limbu in West and East Nepal respectively. 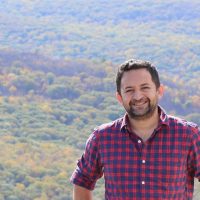 My name is Noor Pamiri. I was born in the Hunza Valley of Pakistan. I am currently based in New York City. I am working to promote and preserve Wakhi, my mother tongue.