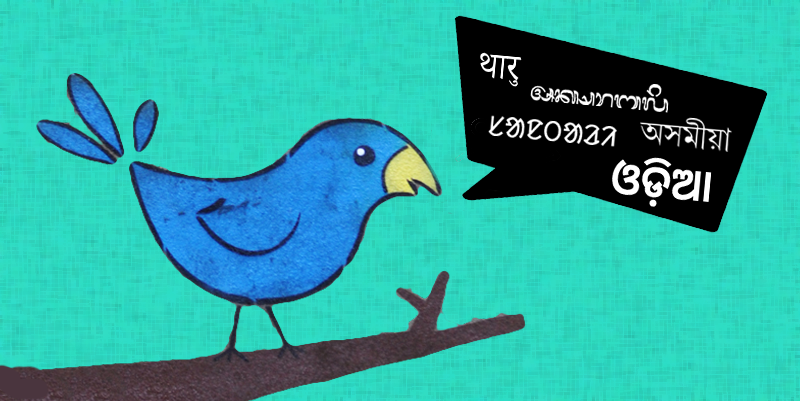 Beginning on Tuesday, August 6, a rotating roster of language activists from across Asia will become guest hosts of the @AsiaLangsOnline Twitter account. Coordinated by Rising Voices, the Digital Empowerment Foundation and the O Foundation, this social media campaign is taking place within the context of the International Year of Indigenous Languages 2019 and will provide a space for diverse voices from across the region to tell stories of their experiences with language revitalization and how the internet is playing a role.

See @AsiaLangsOnline hosts from 2019 and 2020. Click on each marker for a link to their Q&A blog post.

Throughout the rest of 2019, different activists will take weekly turns at @AsiaLangsOnline sharing their perspectives on what their language means to them and their communities. These activists are all working to promoting the use of their languages in new domains like the internet, which presents many opportunities and challenges. But there is also an important offline component to their activism related to long-standing histories and contemporary contexts that affect the vitality of Asian languages.

Similar initiatives using Twitter as a collaborative medium are underway in Latin America (@ActLenguas) and in Africa (@DigiAfricanLang), in Canada and the United States (@NativeLangsTech), but this project will focus on languages across Asia.

Response to calls for participation has been extremely positive, as the roster for the first several weeks has already been filled. We are also conducting outreach to invite others to take part. If you have a suggestion for someone that would make a good guest host, please contact us.

My professional background is in catalyzing open Internet/source/knowledge communities and programs in nonprofits like Internet Society, Wikimedia Foundation, Mozilla and Centre for Internet and Society. I am a documentary filmmaker with several films focusing on marginalized rights and communities to my credit including three that were supported by National Geographic. With a few other like minded Wikimedian friends, I co-founded O Foundation (OFDN), a nonprofit that works on marginalized issues on the Internet with Openness, advocacy and media development in its core.

A chemical engineer by training and a communications specialist by profession, I'm Nepal author for Global Voices and manage the Global Voices Nepali Lingua. I run a blog “Voice of Tharus” which talks about culture, tradition and history of Tharus, the fourth largest ethnic group in Nepal. I'm an advocate of revitalising the vanishing languages and have been involved in projects to revive them.

Mingma Phuti Sherpa is a family nurse practitioner, United States Army veteran, and a mother of two. Pasang Yangjee Sherpa is a visiting assistant professor of anthropology at Pacific Lutheran University. We are from the villages of Khumjung and Monzo in the popularly known Mount Everest region of Nepal. We are currently based in the Pacific Northwest, U.S.A. We highlight collaborative community efforts in preserving our native Sherpa language.

I am Janak Raj Bhatta from Darchula Nepal (currently in Lalitpur, Nepal). I am contributing on Wikimedia projects. I have actively worked on Doteli Wikipedia, Nepali Wikipedia, Commons, Incubator projects etc.

I am Ramjit Tudu, from Mayurbhanj District of Odisha, India. I am a native speaker of Santali language. Currently, I am a student. Along with my studies, I am also working for digitalizing marginalized languages like Santali, Ho among many more. Recently we have initiated a ‘Marginalized Community Council’ in collaboration with the O Foundation (OFDN), where I am co-ordinating the project.

I am a 25 year old of Taiwanese origin. However, I am not an aborigine. I am very fond of the Kaxabu language and love their culture. I am now working as a part-time assistant with Prof. Elizabeth Zeitoun. As part of this job, I  have to regularly visit Kaxabu community and work with the elders especially. Soon enough, I also learnt Kaxabu.

I am an undergraduate student, studying Chinese language. I'll be graduating in 2020. I come from Southern part of Jharkhand, India which is a Ho speaking area.

Cultural curator with Mata Taiwan Taiwanmatataiwan.com. Although I am an MIS major, I've started to learn Welsh (Cymraeg) since college, and later Kavalan (Kbalan) – the indigenous language from my homeland Ilan. With my friendship with Taivoan people recently, I've focused more on their dormant language that was spoken in Southern Taiwan centuries ago.

I am Mulihay Talus of Sakizaya from Hualien, Taiwan. After my mother's death, I was raised by my Amis maternal grandmother and Amis became my mother tongue. In 1990, my father got involved in the status recognition/recertification movement of Sakizaya that made me wonder about ‘Who am I?’ My father passed away in 2006 after falling ill due to his dedication and hard work in the movement. To continue his legacy, I too became involved in the promotion of our language and culture ever since.

I am Abhinash Das from Karbi Anglong, Assam. I have recently completed my post-graduation and currently I am teaching. I love to volunteer for causes which empower people and make a positive impact on our society. My native language is Assamese. Assamese is the official language of the state Assam, India.

In 2002 I co – founded Digital Empowerment Foundation – an organisation established to digitally empower the masses (so far 7.5 million) with a footprint of 600 locations and 9000+ digital foot soldiers across 126 districts in 24 States.  A British Chevening Scholar and an International Visitors Leadership Program Fellow of the US State Department, I am also an author, columnist, impact speaker, angel investor, storyteller, mentor, along with being part of several government and policy committees in India and international organisations working in the areas of Internet, access, digital inclusion and Misinformation.

I have studied Anthropology form Jahangir Nagar University. But I called myself a person with no job and no integrity. Yes I do work though. Work for food is essential as you know. I write articles and do translation for NGS and for corporate houses. I also write some prose and some poems/rhymes. Though I lived in Dinajpur district which is almost 700 kilometers away from Sylhet  but my passion and love for Sylheti language makes me Sylheti in Bangladesh.

I am an Indigenous woman from the Kasavakan Community of the Pinuyumayan Peoples in Taiwan. I currently act as the coordinator and founder of the LIMA Taiwan Indigenous Youth Working Group, a freelance journalist and researcher, as well as a Ph.D. student in communication studies. I am an active Indigenous rights defender at all levels. I was the co-chair of the Global Indigenous Youth Caucus, which is a working group formally recognized by the UN Permanent Forum on Indigenous Issues from 2010 to 2015. I founded the LIMA Taiwan Indigenous Youth Working Group in 2013 with the vision to connect the indigenous youth across the borders and continents, to share views and experiences, to contribute in the struggle of their rights and to build up their capacity to shoulder the responsibility of carrying on their cultural heritage and advocacy for equality and justice.

My name is Kaisanan, I am 26 years old, my hometown is in central Taiwan. I am from the Taokas people and my tribe is the waroaral tribe in Nantou Puli. My current work is fighting for indigenous rights.

I started to take interest in my mother tongue when I began to self-study Spanish and I discovered the many glaring similarities between the two languages. This led to a journey of discoveries, a journey filled with awe as I learned how different languages, time, and people shaped the modern Chabacano de Zamboanga language.