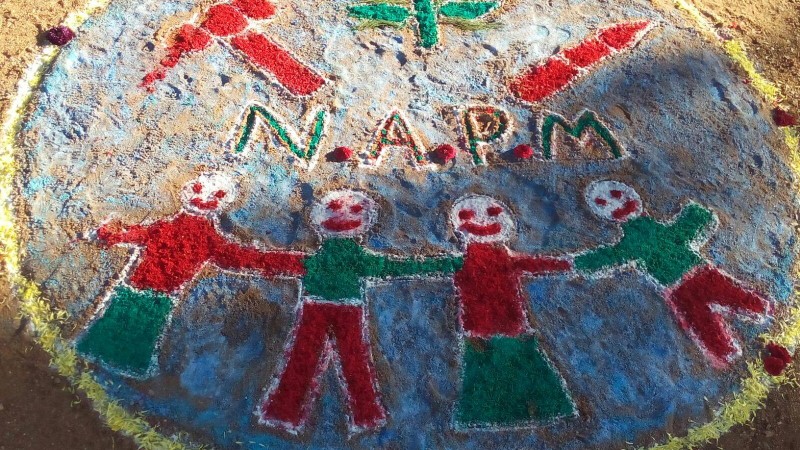 Bhoomi Adhikar Andolan is a coming together of different groups and struggles to protest against the proposed amendment to the law on land acquisition that would take away the rights of disenfranchised farmers and people whose land is taken away for big projects. Connected to this is the issue of growing slum evictions for gentrification of the city and the rights of indigenous people to their way of life and livelihood living in forests. The movement started on 24th Feb 2015 and has successfully blocked the amendment to the law in two sessions of the Parliament. This was a major change proposed by the Modi government especially to benefit their corporate benefactors.

The law has been not passed in the Parliament for 2 sessions and is likely to be proposed again, but so far the major achievement of this massive campaign has been blocking the proposed amendment. However this is a huge movement that is using largely offline modes of communication and mobilizing and is also impacted by the machinations of political parties and lobbying in Parliament. A small part of is driven by reporters and those using social media to talk about issues and crisis on the ground and that reportage is my focus.

This campaign doesn't address the needs of those who are not land-owners. It is a campaign largely led by those who are likely to belong to higher castes or at least marginally better off than landless labourers, but even then there are high rates of distress driven suicides by farmers because of poverty and debt.
So far slum evictions in urban areas is not the focus of the campaign even though there are several such evictions taking place without notice or compensation.