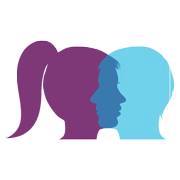 The Euromaidan protests in Ukraine in 2013-14 were a time of political turmoil, but also rapid civic development, with many new citizen initiatives burgeoning during the protest period to address the issues of logistics, medical assistance, transportation, IT support and other protest needs. While some of the participants were seasoned activists, many were joining these initiatives for the first time, bringing their skills and knowledge from everyday lives, and learning on the go.

The volunteer and civic momentum gained during the protests did not peter out once they were essentially over. In part this was due to the unrest in parts of Ukraine with the annexation of Crimea by Russia and the pro-Russian separatist uprising in eastern Ukraine, with many volunteers switching their gears to support the army and volunteer battalions, as well as providing assistance to refugees from the conflict zone. But a number of civic initiatives are doing advocacy work in other important areas, gender equality among them.

Women’s roles in society, politics, and culture in Ukraine have always been highly contested, and even during the Euromaidan protests researchers found opposing discourses and repertoires of protest divided along gender lines. The post-Euromaidan reality finds Ukraine with the highest ever number of women lawmakers in parliament, and women appointed to key positions in the government. But activists seek to push for more gender equality at all levels of political and civic life, as well as to combat sexism in everyday communications and public life.

A recent initiative called Povaha (Respect) aims to work against expressions of sexism in Ukrainian media and politics, and to create a more level ground for women in these arenas in Ukraine. With a mix of online content, advocacy campaigns and offline events, Povaha activists want to raise the profile of women experts, pundits and speakers whose opinions are worth just as much attention as those of their male counterparts, but continually get less airtime or are framed in disparaging ways.

Povaha logo and motto: “Campaign against sexism.” Image from povaha.org.ua.

Why did we decide to tackle this specific problem, and does it even exist? The harm done by comments and remarks aimed at denigrating politicians because of their gender translates into lost trust of voters and, as a result, half of the country doesn’t have fair representation in government and public offices.

Armed with a website, as well as Facebook and Twitter profiles, the project publishes content in a number of different formats, including in-depth analysis of women’s rights in the Ukrainian army, overviews of the state of gender equality in various countries, and investigations of gender-related legislation and governance issues. Apart from this, more narrowly focused articles discuss hot topics such as the use of feminitives in the Ukrainian language or gender budgeting.

Screenshot of the various stories from the Povaha website.

A large part of advocating for bigger presence of women in politics, media and public life is telling the stories of Ukrainian women and allowing them to speak for themselves. Povaha features regular historical biographies of women such as Ukrainian poetess Lina Kostenko, but also interviews with remarkable young Ukrainian women, such as this story on successful differently abled Ukrainians and their “superpowers.” Other materials talk about women activists in Ukraine and their projects, such as Women’s Hub, aimed at creating a co-working space for professional young women. 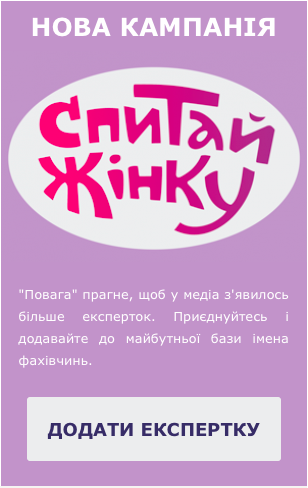 The “Ask a Woman” campaign button invites users to add women experts to their database.

To increase the number of appearances by women experts and pundits on media pages and screens, the Povaha initiative has launched a campaign called “Ask a Woman.” With a simple Google Form, they invite everyone to add information about women experts to their database, which they make available to Ukrainian and foreign media in an attempt to level the playing field of high-profile media appearances.

Importanly, Povaha uses all of its digital media platforms to highlight other gender-related advocacy campaigns and actions, such as the recent march for equality for women in the Ukrainian armed forces or a new series on domestic violence from the Hromadske Radio public radio station.

Using a mix of awareness-raising, knowledge-building and targeted action campaigns as a comprehensive digital advocacy strategy, Povaha contributes to the gender equality struggle in Ukraine and empowers Ukrainian women to have more weight and a stronger voice in the digital, media and political spheres.