The Huitoto Language (Also known by its speakers as ‘Mnka’) 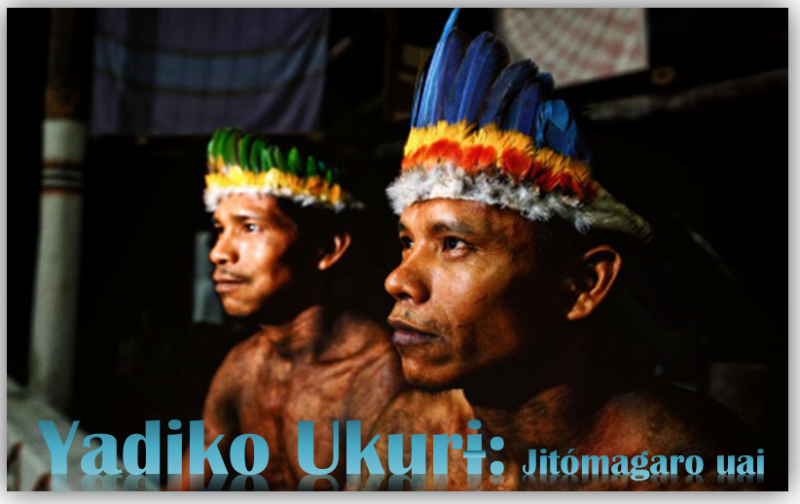 [All links lead to Spanish language pages, except when otherwise noted.]

The Yadiko Ukruri initiative ‘jitómagaro uai’ is an internet platform aiming to share and make public records of modern-day communities who speak the Mnka language. This project is taking place in Puerto Milan, a small village in the municipality of La Chorrera, located in the Colombian Amazon.

Yadiko Ukur emerged in 2014 thanks to a collaboration between Ever Kuiru Naforo and Laura Areiza Serna. The initiative is taking place in the Colombian territory, the land of the Uitoto people [English language page], also known as Muruy Muruy by its inhabitants. The project is closely linked to the recovery and strengthening of the area's traditional dances that belong to the Jitómagaro clan (“sun” in the Mnka language). The work carried out seeks to promote integration within the community during this process involving children, elders and community supporters and also strengthens the local language as it is a communal tool for all who participate in the activity.

The people who are most interested in content and findings of the project are the academic community, largely university students. On the other hand, there is a very active level of participation amongst the teaching community who tend to respond with greater frequency to the work shared by the project. The “Yadiko” team believes that the internet's influence has enabled its audience to watch, write, comment, share, critique, and support their language online, which in turn facilitates people's participation and encourages these types of actions.

The project's most popular aspects are its songs as there are elements with enormous cultural value that have been passed down from generation to generation. For these songs, video technology has been much more efficient given that it made the presentation of information more accessible to users.

Another major success in the project's development is the forming of a dance group at the Universidad de Antioquia (English language page). In the group different content is shared through the medium of audio. This audio material is produced via recordings, translations and explanations from the community. 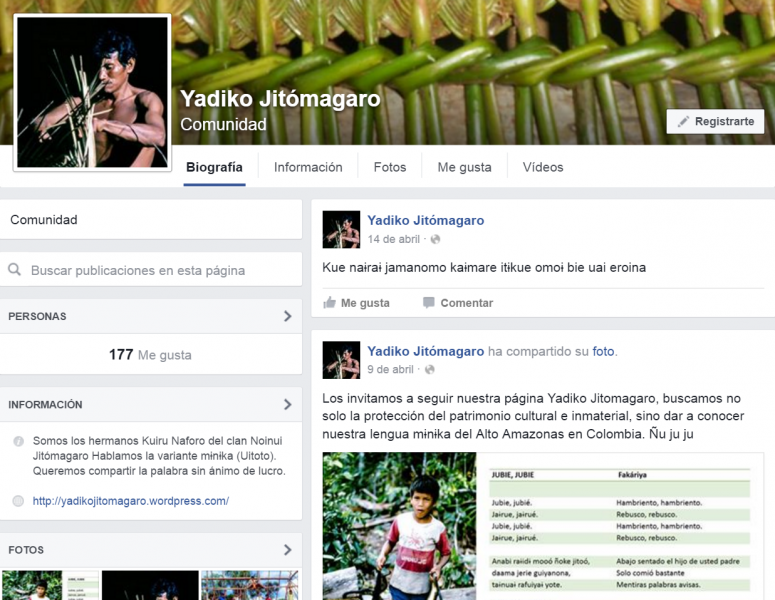 In relation to the community's access to the above-mentioned produced content, there have not been any direct links to the production and distribution of the project, largely due to the fact that in the area there is no electricity or internet access. As a result of this, all of the production is done in the city and is later shared with the community through showing them videos. This process of exchange and interaction has allowed the project to be accepted by the community. The community's project participants have felt increasingly more satisfied with the work carried out because it represents an exchange in which people can get to know parts of their culture via these technologies.

The project received financial backing from Rising Voices in the year 2014. Whilst this resource allowed the records of the community to spread, this support was limited due to the costs incurred by travelling between the cities of Bogotá, Medellin, Leticia and Chorrera.

Another project setback came in the form of the adult community's participation with the project as they were not very interested in the topic of technology, nor the digital world. They considered that there was no obvious link between these topics and their daily lives however they did display a positive reaction to the project and asked for it to continue as well as promoting the use of these technologies to children. In this sense, the older community recognises the necessity for younger generations to use these tools properly and that they are able to utilise both their local knowledge and external skills. In the words of Ever: 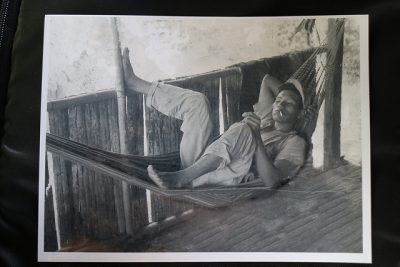 …They are interested in the youth learning but also for this project to benefit the community.

Project management also presents some limitations in relation to access to the technological infrastructure and connectivity in general. Given that within the community there are neither electricity nor internet services, when the team needs to continue with the regular process of editing project content,  after having documented the respective supplies, it is necessary to transfer the records to the city so they can be digitalised, processed and published. In this respect, this process does become complicated given than a large investment of time and financial resources is required and these are not normally available for this team.

In the near future project coordinators hope to create and share a song book and in the long-term they hope to create a foundation. These actions have been decided due to the previous work carried out, which includes the integration and collaboration with others that have shown an interest in the initiative . This has had an effect in the city from the university spaces where members of “Yadiko Jitómagaro” have a presence. The project is also currently working on the dynamics of training techniques and translating strategies which they hope to have stronger arguments to back promoting the written version of the language.

Lastly, the project hopes to continue with the use of internet platforms to share and distribute content online, consolidating the channel of data generated as an efficient source of information on education, ceremonies and the way of life of Amazonian tribes. In this way the project will contribute towards ensuring this local knowledge is shared outside of the community and also sparks internal discussion amongst participants.