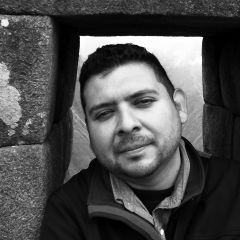 To train rural settlers in the southern districts of Puno in the use of the media via Internet to document their culture, history and own news through blogs that include multimedia content, thus overcoming the digital divide (giving it a sense of technology) and the development divide, themselves creating their own presence on the Internet. This in a one-week workshop in the city of Puno, followed by an accompanying one for all participants so that they continue publishing their news and documentaries.

The Aymara settlers in Puno are suffering from having their national development being pushed to the sidelines, principally due to a cultural divide, an idiomatic divide, and now a digital divide also, discrimination and disdain towards their culture on behalf of the central state and the urban people who are accustomed to a westernized culture, thus making it so that the majority of the youth abandon their customs, stories that only exist in Aymara speakers and customs are being lost in the face of all of this. The settlers of the districts of Puno, Chucuito, Platería and Acora will be the objective public for the project, though it is not limited to these people.

The main type of media utilized will be blogs put together on a blog platform called My Community Voices, allowing rural people to publish not only text, but also photos, videos and voice recordings. All of these documents will contain the histories, stories and traditions of each village’s culture, which have been passed down from generation to generation orally by “word of mouth” in these communities. Additionally, this platform may also be used as a bulletin board for news and announcements for the networks of people in the rural countryside of Puno, where currently information is communicated via local AM/FM radio.

- Rural professions that received support and training during the OLPC-XO display – Aymara translators from the city of Puno committed to spreading their culture and putting forward the use of technology in the countryside, later in contact with various Sugar-XO translation sessions – Group of local activists surrounding Escuelab Puno – Local and regional governments have been aligned with Escuelab Puno in recent years.

We hope to train approximately 24 people in the week of the workshop and later encourage others to participate through blogs, to incentivize digital production there will be an awards ceremony at the end of the year for the blogs with the most content and influence as well as success stories. The invitations will be given through traditional media and which rural people often use, such as direct visits, advertisements in public transportation as well as the AM/FM radio. We are looking to relaunch the program and the blogs with necessary corrections in 2014.

We will focus mainly on blogs like WordPress, and information-capturing media such as cameras and video cameras, audio recorders, and we will also utilize social media networks but everything surrounding an open ecosystem that is easily replicable. If possible and as a preference, special interest will be given to Android devices since they have all of the characteristics of the aforementioned devices.

I studied electrical engineering, participated in technological and free software displays and trainings for teachers in rural and urban environments, I am a lover of technology and an “Early adopter.”

The Escuelab Puno group is made up of hacktivists of a diverse nature, finding itself engineers, programmers, professors, artists and others.

Three locations are being considered to carry out the event with a quarter of support. They are the following, in order of likelihood: a possible Escuelab Puno locale, the North American Peruvian Cultural Center, and if not, the National University of Altiplano. In these three locations there are computer rooms with Internet access at acceptable speeds, 3G connectivity is supported and we know how to efficiently share it. These institutions have an operation cost that will be evaluated once we start the project. The backing will come from Educational Institutions that previously have been supported by Escuelab Puno.

In past years, Escuelab Puno and myself have supported the unfolding of technology in the rural sphere through different projects including the one from OLPC-XO, we know their works and we have links with these Aymara-speaking communities as well as experience working with them. As part of Escuelab Puno’s hacktivism, we plan to continue working with them for the majority of the projects that we carry out in the upcoming years since they are one of our main centers of action.

The main challenge is getting and hooking up the people in the rural area who want to support themselves and continue utilizing the My Community Voices platform, in order to achieve a true and long-lasting connection, we will incentivize and accompany all of the participants and have awards at the end of the year for an incentive, as explained earlier. Additionally, the My Community Voices program should be able to continue, maintain and grow the number of people involved in the following years, this will achieved on the basis of success cases from the initial participants.

Initial participants: At least monthly they will return with us to publish the content that have obtained, ideally they will do this weekly and if they have Internet access they will do it daily themselves.

In the community: A useful necessity for daily Internet use will be created, it will be considered a success when news and stories are published by traditional mass media by way of recognition.

Global: The Aymara community of Puno will be directly represented on the Internet, beyond mere tourist information, but rather as a real online presence with its uses and customs, with its news and daily happenings, showing that it is possible to be rural and maintain an online presence in the world.

- May and beginning of June: an announcement will be published through traditional media.
– End of June: the training workshop with people who qualified for the event.
– June to December: The accompaniment and revision of the blogs will be carried out, publication of the outstanding ones.
– End of December: award ceremony for the most outstanding and influential blogs, in addition to the presentation of the evaluation of program goals and objectives.

The 5-day workshop will be divided into the following topics:

Those with an asterisk will be assumed by myself and/or by local sponsors.

I hope that you will be able to help us share all of the activities and blogs from rural people, in addition to contacting possible speakers close to Puno (we are hoping to not pay for trips) and lastly allow us to use your logos and names in representation to highlight and motivate people in that we have external and international support.