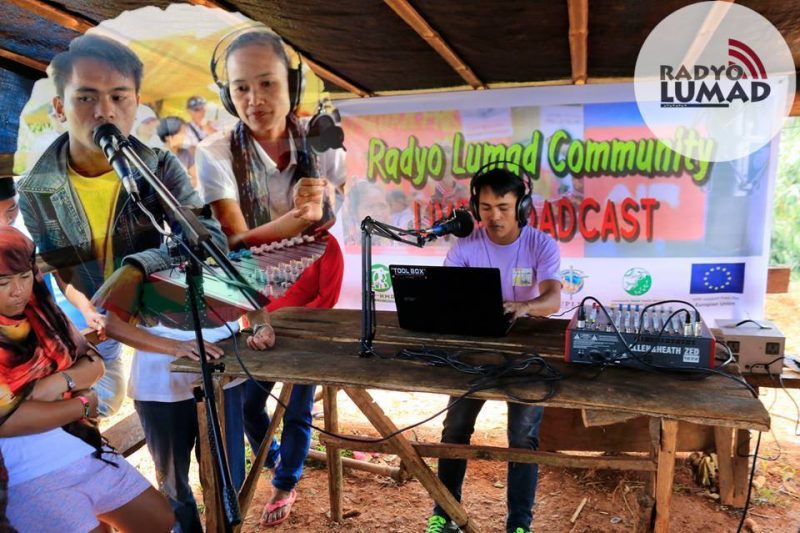 A book published in 2018 documented the challenges faced by community radio networks in the Philippines. This author interviewed one of the groups behind the book project about the significance of community radio in a country where most of the murdered journalists are broadcasters from the rural provinces.

Titled ‘Amplifying the People’s Voices: The Philippine Community Radio Experience and Challenges’, the book was published by the International Association of Women in Radio and Television and Kodao Productions. [Note: Kodao is a content partner of Global Voices.]

Jola Diones-Mamangun, executive director of Kodao, shared via email some of the highlights of the book and the current challenges of community radio broadcasting under the government of President Rodrigo Duterte. First, she explained what community radio means:

Community radio is broadcasting or ‘narrowcasting’ by a community on a topic that is of importance to them through a (usually) low-power radio transmitter (broadcasting) or a public-address system (narrowcasting). It is a form of a town-hall meeting that uses the radio program format. Both the broadcaster/s and the interviewee/s are usually members of the community themselves. If the community succeeds in putting a community radio station, they broadcast a series of programs that is similar to how other radio stations operate (eg, Radyo Sagada). If not, they can set up a public address system and place speakers around the community and the program/s usually last for just hours (eg. Radyo San Roque).

Sagada is part of the Cordillera Region, the home of the Igorot indigenous peoples, in the northern part of the Philippines. San Roque is an urban poor community in Metro Manila, the country’s capital region. 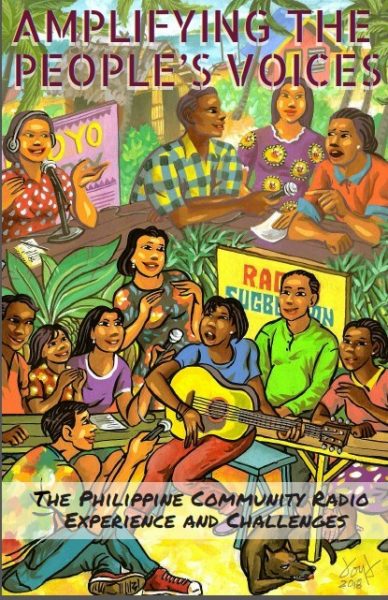 She said Kodao’s work was inspired by the legacy of the Tambuli Network. Tambuli spearheaded the establishment of more than 20 community radio stations in remote villages across the Philippines, with assistance from various sectors such as the academe, church, international NGOs, and the communities themselves.

She then summarized the main challenges faced by community radio in the past two decades:

Sustainability is the main challenge. When funding for Tambuli dried up, most of the stations became moribund, shriveling the network and stopping the project on its tracks.

Second problem are the laws that appear to discourage the establishment of independent community radio stations. For example, while there are more than a hundred Radyo Natin stations all over the archipelago—low-power Manila Broadcasting Company (MBC)-owned stations—there are very few genuine community radio stations such as Radyo Sagada. It is unjust that large networks such as MBC are given hundreds of frequencies on both AM and FM bands that it is no longer possible, for example to put a radio station in the Metro Manila area, or Cebu, Iloilo, Davao and others. What if the Dumagats of Antipolo want to have a radio station of their own? [Dumagats are indigenous peoples from Rizal province. Antipolo is part of Rizal, located east of Metro Manila].

Third, because they are non-profit, community-owned and operated, and assisted by non-government organizations, genuine community radio stations are often victims of attacks and harassments, leading to their closure or abortion of their establishment. Radyo Cagayano was burned down and its staff attacked in Baggao, Cagayan in 2006; Radyo Sugbuanon’s full operation was aborted because of threats by the police and politicians; Radyo Lumad was closed last January 2019 because of threats and harassments. NGOs that help put them up are red-tagged and some have even been killed or imprisoned.

Radyo Cagayano, Radyo Lumad, and Radyo Sugbuanon are located in communities where the residents have been either resisting the entry and expansion of mining interests or opposing the approval of large-scale projects that could destroy their homes and livelihoods. These radio stations have consistently worked with communities threatened with displacement by broadcasting the issue and providing a platform for local residents to articulate their demands. It is this mission of ‘amplifying the people's voices’ that led to vicious attacks targeting those who are speaking truth to power.

She emphasized that the ‘people’s right to communication’ should be part of the broader struggle for real development and inclusive democracy in the Philippines:

These are no small challenges that could be addressed by simple problem-solving. There must a systemic social change if community radio is to finally succeed in the Philippines. It must be pursued as part of the people’s right to communication. If the marginalized are underserved by the mass media establishment, they must be allowed to be their own voice (as opposed to claims that they are voiceless and that the networkers are giving them one.)

She accused the Duterte government, which came to power in 2016, of enabling more attacks against the independent press including community radio:

It is under the Duterte regime that Radyo Sugbuanon and Radyo Lumad have been threatened, leading to the abortion of the former’s full establishment and the closure of the latter.

She said Kodao plans to give copies of the book to mass communication schools throughout the country to serve as a resource. She added that the book can be part of a campaign to push for an enabling law promoting community radio broadcasting in the Philippines.