Looking Back at the 2017 Mother Language Meme Challenge

This year's International Mother Language Day featured fun and inspiring memes created to showcase and celebrate linguistic diversity on the internet. By accepting the Mother Language Meme Challenge, dozens of organizations and collectives signed on as Partners, and hundreds of language advocates took part by creating and sharing memes sending the message of the importance of using minority, endangered, indigenous, and heritage languages on the web. The Challenge was co-organized by Rising Voices, along with the Living Tongues Institute, First Peoples’ Cultural Council, Indigenous Tweets, Endangered Languages Project, First Languages Australia, and the Digital Language Diversity Project.

To get a better sense of the variety of languages represented in the Challenge, a quick glance using the Keyhole hashtag analytics tool indicated there were original posts or support in the form of retweets from a large part of the world. Additional participation took place on Facebook and Instagram. However, there are still countries and regions where we hope to encourage greater participation for next year. 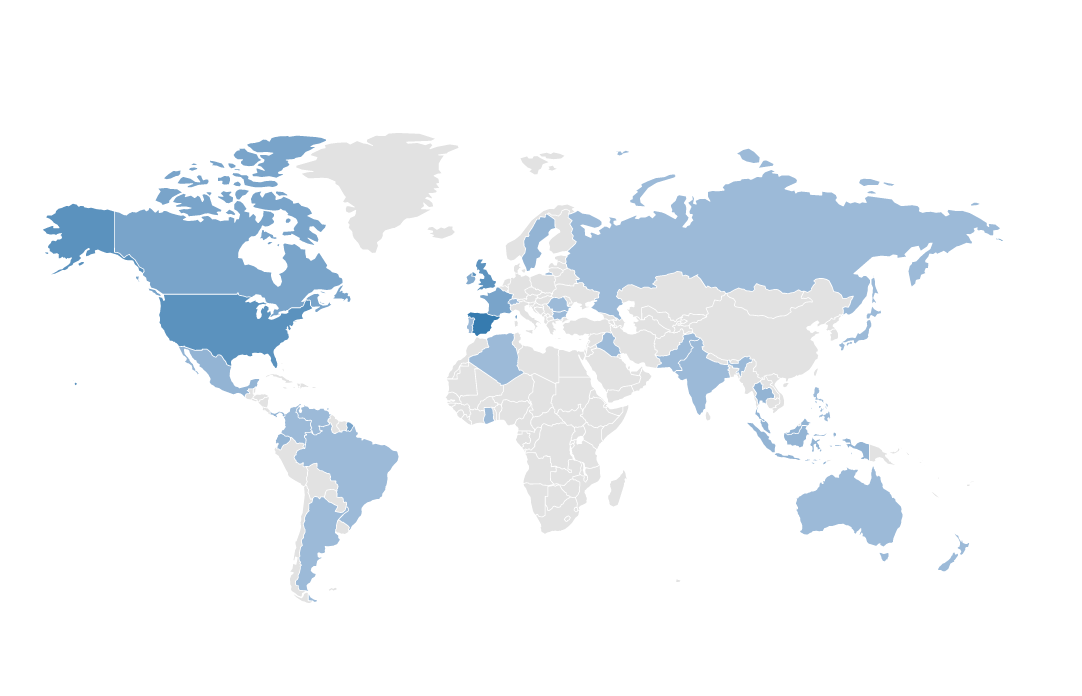 And according to this word cloud produced by Keyhole, it is noteworthy that the participation by minority language groups in Europe such as Catalan, Asturian, Basque, Irish, and Cornish, Welsh were some of the most active. 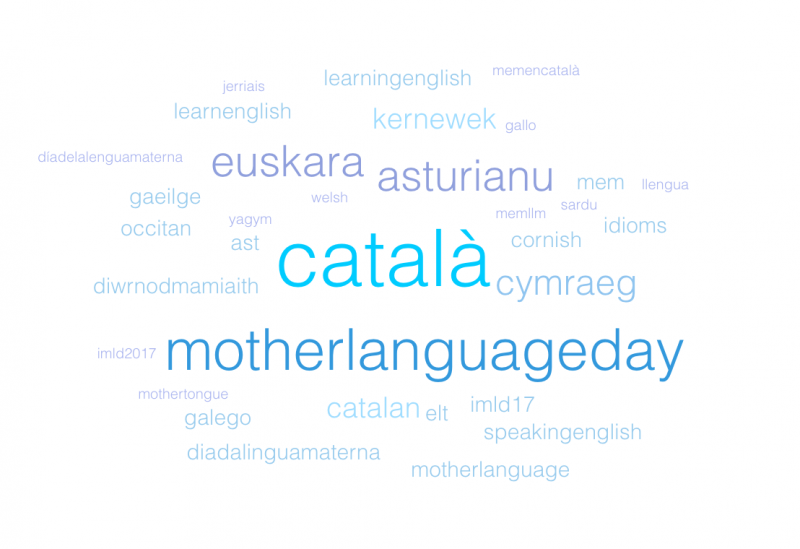 Here is a small sample of memes contributed during the Challenge.

Batchelor Institute and the Centre for Australian Languages & Linguistics celebrated Mother Language Day on Tuesday, a great opportunity to highlight the linguistic diversity of Indigenous languages. . This year a social media movement encouraged people to share their mother language with the world by creating a meme in their mother language and put it on social media with the hashtag #MemeML. Elder MK Turner and the Arrernte team made a number of memes as part of a literature production workshop in February – sharing them with the hashtag #Arrernte. . This one, created by elder MK Turner, expresses the theme of International Mother Language day and what this means to Arrernte people: ‘Language is the spirit from the land, that’s the way we teach it’. 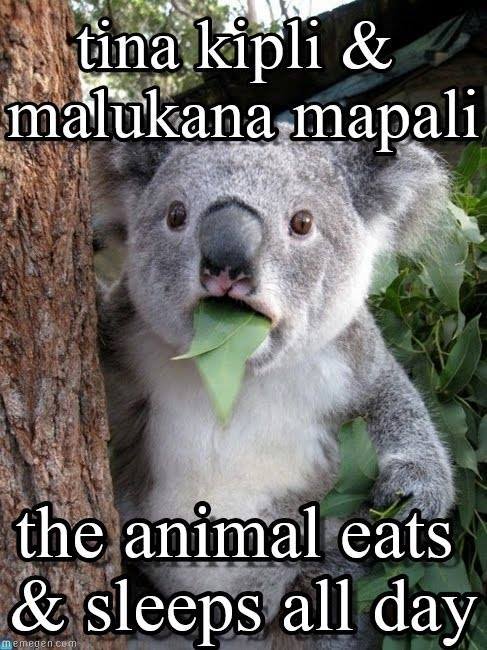 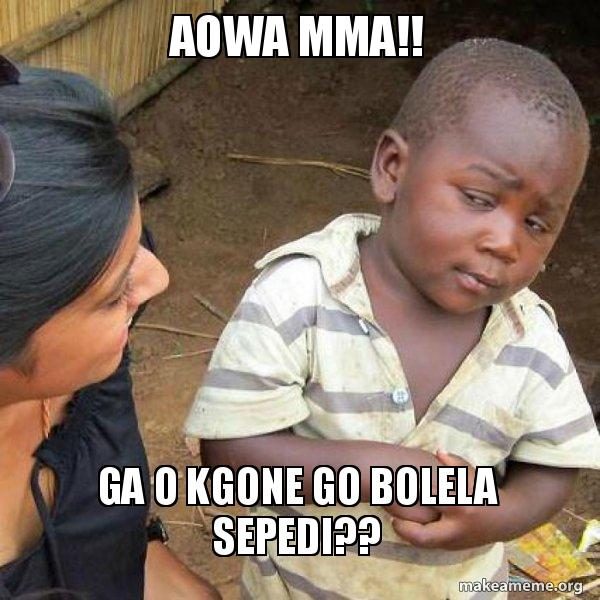 Meme in Northern Sesotho by Izak Geldenhuys. Approximate translation: ” “Oh no lady!! Are you not able to speak Sepedi??”.

Approximate translation: “Oh my pain reliever, my host, my guest, my tranquility, my silence, my stillness..my road, my fluster, my sugar atom, my secret, my innermost, my delight..” From a romantic poem by Al-Hallaj.

In celebration of UNESCO’s International Mother Language Day 2017 on February 21, they are asking people to make memes in their native language. This is for the language of my People, the Amah Mutsun of Ohlone/Costanoan. We have a connection to Star Trek, Mark Okrand, creator of the Klingon language, worked with Native American languages. He earned a bachelor's degree from the University of California, Santa Cruz in 1970. His 1977 doctoral dissertation from the University of California, Berkeley, was on the grammar of Mutsun. Of which he based some of Klingon on. Spock says, "Speaking mutsun is logical." #memeML #mutsun #startrek #spock #klingon #internationalmotherlanguageday #amahmutsun #ohlone #costanoan #californiaindian #native #indian

Approximate translation: “When others hear me speaking Náhuat” 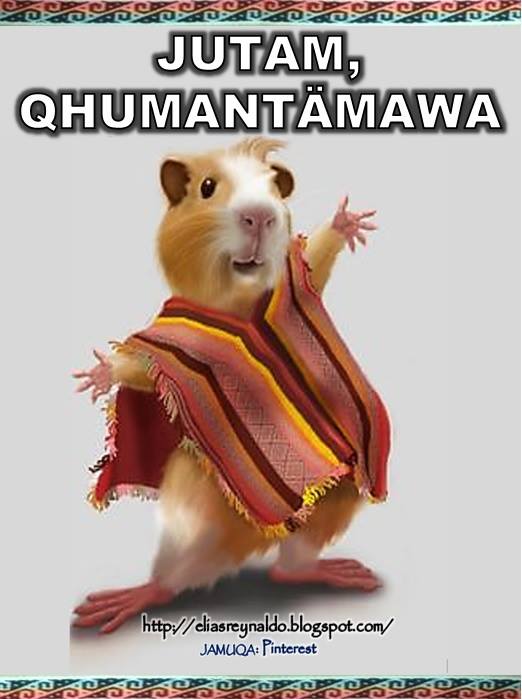 Meme in Aymara by Elias Ajata. Approximate translation, “Come, I want to give you a hug.” 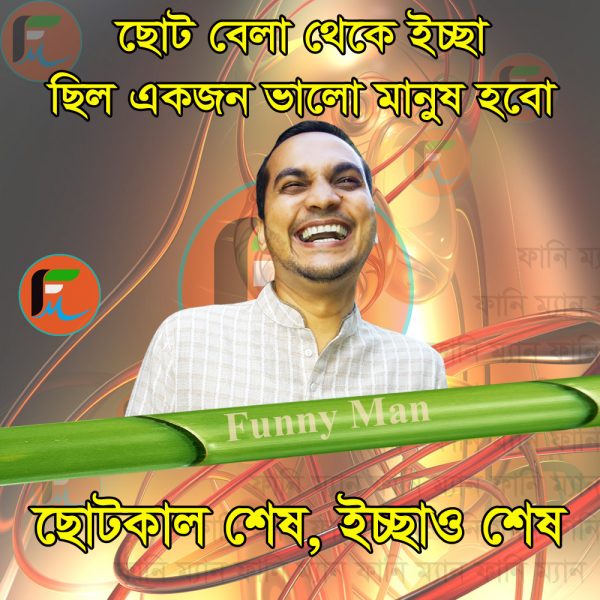 Bengali (Bangla) meme – My childhood resolution was to be a good man. I finished my childhood and am done with that resolution .. #MemeML #Bengali by Rezwan

To find even more memes from the Mother Language Meme Challenge in a variety of global languages, please look for the #MemeML hashtag on Instagram, Twitter, or Facebook. There is also a Facebook group for the Challenge with contributions from all across the world.