For Freedom, Against Surveillance: Fighting for Digital Rights In Pakistan 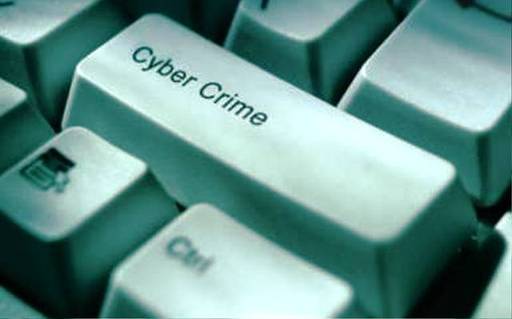 The Prevention of Electronic Crimes Bill (PECB) was introduced in January 2015 as part of the Government of Pakistan's National Action Plan – a state-level initiative project to combat terrorism, in the wake of the December 2014 Taliban attack on a school run by the Pakistan Army, killing 141 people, 132 of them children. Ostensibly drafted to tackle cybercrime – malicious hacking, fraud, online harassment, et al – the PECB has been heavily criticized by international and Pakistani rights organisations, legal experts, and members of Pakistan's tech industry.

The criticism centered – and continues to centre –  not only on the manner in which the PECB draft had been formulate without comprehensive input by the groups mentioned as well as other relevant stakeholders, but also upon the overly broad language within the PECB which allows for broad interpretations by the authorities, which impacts the rights to freedom of expression and privacy of Pakistan internet users and citizens. Indeed, Pakistan's National Assembly Standing Committee on Information Technology and Telecommunication had most reluctant to inform stakeholders of the consultative process, and were also reluctant to include stakeholders in the consultative process.

From the moment that we had learned of the PECB, Digital Rights Foundation and several other organisations spent most of 2015 pushing to have the drafted PECB retracted, and to include provisions that protect the civil liberties of Pakistani citizens.

The reality is that for many in the Pakistani government, the dangers of the PECB are not entirely clear, and they do not generally understand why the right to privacy and freedom to expression would be threatened by the bill, or indeed why they are so important. At the same time, the government has been very determined to push the drafted legislation through, as quickly as possible, even if it means that it has been approved unseen by the Standing Committee.

Advocacy: Digital Rights Foundation's mission in regards to the PECB has been twofold: to promote awareness of the disturbing impact the PECB could have on freedom of expression and the right to privacy of citizens, and to advocate for cybercrime legislation that progressively and effectively balances security and civil liberties. To achieve these goals, DRF undertook the following:

Media coverage on the trials and tribulations of the PECB process was encouraged and contributed to by Digital Rights Foundation, which then circulated heavily on social media i.e. Facebook, Twitter, et al. DRF brought onboard international organisations to shine a light on the heavily flawed PECB, including Privacy International, Article 19, Human Rights Watch and The Electronic Frontier Foundation, among many others, ensuring that the PECB garnered coverage and sparked discussions abroad. The timing was fortuitous, as privacy, surveillance and the reach of intelligence agencies in an age of uncertainty have come to the fore in public discussions, in the wake of the NSA whistleblowing by Edward Snowden. Extensive blogs and write-ups on the bill by DRF were crossposted by the EFF and Privacy International as well. DRF and EFF also started a campaign to target Pakistani Parliamentarians through twitter, therefore with the help of EFF an action was initiated and thousands of tweets were generated. DRF also worked with the United Nations Special Rapporteur (UNSR) on Freedom of Expression David Kaye, whose office released its statement against the 2015 Cyber Crime Bill.

DRF also held its second National Conference on “The Right to Privacy in the Digital Age” in 2015, in collaboration with Privacy International, with the objective of kickstarting greater public debate around cyber legislation, bringing together stakeholders including lawyers, parliamentarians, journalists and members of civil society. In doing so, DRF aimed to target not just journalists and activists, but lawmakers, as they would ultimately be the ones responsible for either killing the bill, or for letting it get enshrined into law.

Through our advocacy campaigns, DRF has managed to gain allies in the government, parliamentarians who have become convinced that now is not the time for the PECB as it has been drafted, with reports that it has been sent back to special committees for another look. Furthermore, Senator Syed Shahi, the new Chairman of the Standing Committee on Information Technology and Telecommunication, has said that he will not pass the bill, should it come to the Senate, on the grounds that it is against freedom of speech.

We are not out of the woods yet, however: there still exists an atmosphere of fear and insecurity that could still be exploited towards passing the bill, down the road. That the advocacy campaigns have slowed and even reversed its trajectory speaks to the importance of viable advocacy measures, especially in the age of the security state, where public and state sympathy to civil liberties becomes tenuous, putting democracy at risk.