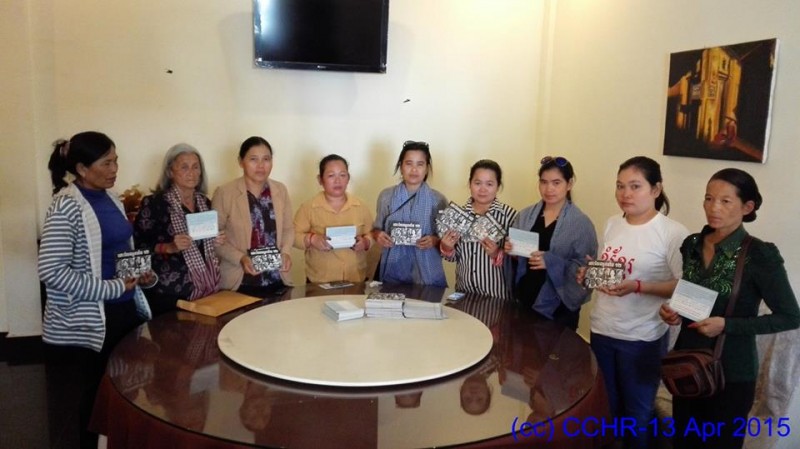 Holding the postcards sent to the detainees.

In the lead up to International Women’s Day, CCHR conducted a campaign on 6 March 2015 calling for the release of 12 detainees, including 11 women and one monk wrongfully convicted and jailed while protesting against land rights violations. The campaign lasted until the detainees were released.

The objective of the campaign is to call for the public’s participation to send messages of motivation to the 12 who are imprisoned and to call on the authorities demanding for their release. 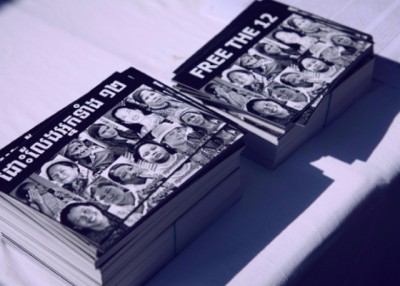 The launch took place at the CCHR headquarters in Phnom Penh and was attended by approximately 70 participants, including members of the Boeung Kak community, their friends and supporters, as well as local journalists and civil society groups. Fellow community members voiced their concerns over the ongoing land dispute, lamented the absence and suffering of the detainees, and expressed solidarity for the fight for the housing rights of their community. The 12-year-old daughter of one of the jailed women told the crowd that while she missed her mother and could not afford to go to school while she was in prison, she would continue to ‘stand up and fight for my mother’.

CCHR’s campaign in March calling for the release of 12 detainees was met with success. As part of the campaign, individuals were encouraged to write messages of solidarity on postcards that would then be delivered to the 12 detainees in prison. CCHR distributed 2,424 blank postcards and received 662 back. On 11 April, the ten land rights activists (from the Boeung Kak lake and Thma Koul communities) were pardoned and freed, while the monk was released on 13 April. Another woman named Ly Seavminh was released on bail on 24 April.

More organisations could have endorsed the statement and joined this campaign in comparison to the number of human rights and advocacy organisations/network. However, due to time constraints and different organisations’ policy in taking such sensitive public position could be the contributing factors.

CCHR and other 29 organisations 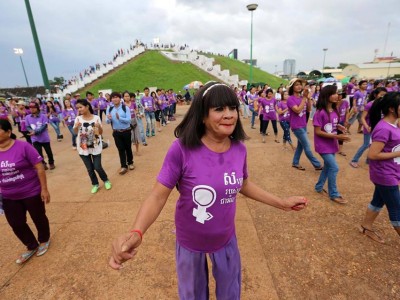